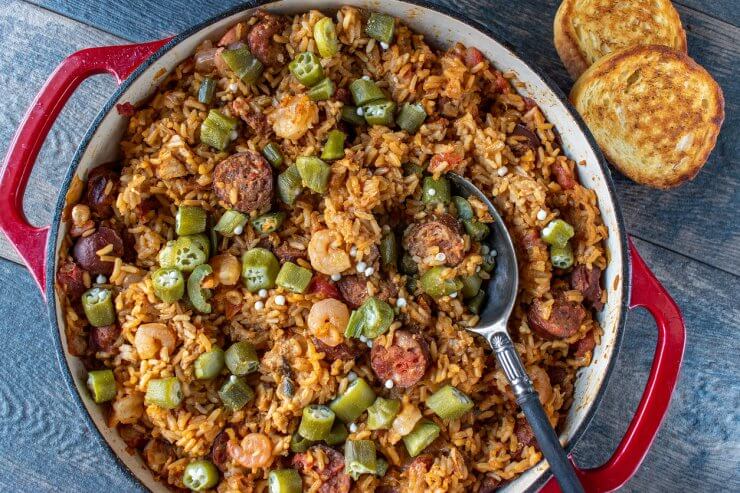 As a resident of Maine (also known as a Mainer), traveling all the way to New Orleans would mean enduring a 27-hour drive through more than a thousand miles of road. Don’t get me wrong — the trip’s definitely worth it if only for some authentic jambalaya, but why skip the trip and whip up your own batch at home?

If you haven’t tried out jambalaya yet, then this recipe for Jambalaya with Okra will take you on a tasty adventure! Technically, you can make jambalaya without okra, but this veggie adds a certain je ne sais quoi to the dish, as well as that natural thickening that makes this one-pot wonder from New Orleans so savory.

Jambalaya usually consists of meat and seafood, and for this dish, chicken and shrimp take center stage. Of course, you can’t have jambalaya without andouille sausages either, but it doesn’t stop there — veggie-lovers are going to adore the assortment of vegetables that can be added, along with a long list of spices and seasonings for that signature cajun goodness.

Speaking of cajun, although we use cajun spice, this recipe for Jambalaya with Okra is actually a creole version, meaning it uses tomatoes. Traditionally, cajun jambalaya doesn’t use any tomatoes. Once you’ve mixed all the ingredients together, you’re going to get this bright, bold, and dazzling pot of meat, veggies, and rice that’s bursting with a mishmash of flavors that’s not only African, Spanish, French, but also distinctly Louisiana!

Precisely because it’s called Jambalaya with Okra, I would recommend using the Jambalaya Okra variety when making this dish. This type has meaty yet tender pods with a firm texture. It’s a little closer to the taste of either asparagus or eggplant. Regardless of the okra variety you use, though, this jambalaya with okra brings the taste of New Orleans straight into your bowl!

Savor the flavor of New Orleans straight from your bowl when you cook up this flavorful Jambalaya with Okra!

Okra is highly versatile and can grow almost anywhere that has lots of sun. From containers on balconies to open fields of freestanding plants, there’s an okra that you can grow. It’s delicious raw or cooked—and if you’re not big on that slime factor, no worries—there are plenty of ways to prepare okra that are totally slime-free! Check out The Guide to Growing Okra. You get everything from the history of okra to planting to picking and storing and, of course, eating. Get it all in The Guide to Growing Okra Collection right now!

Have you tried this recipe? What kind of okra did you use? Please tell us how it turned out for you. 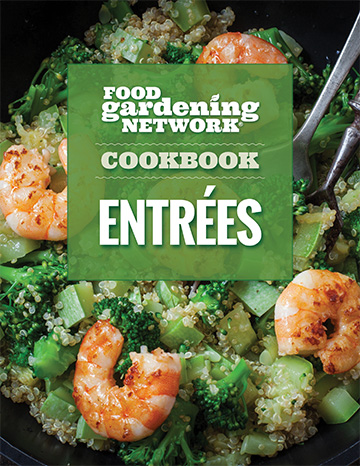