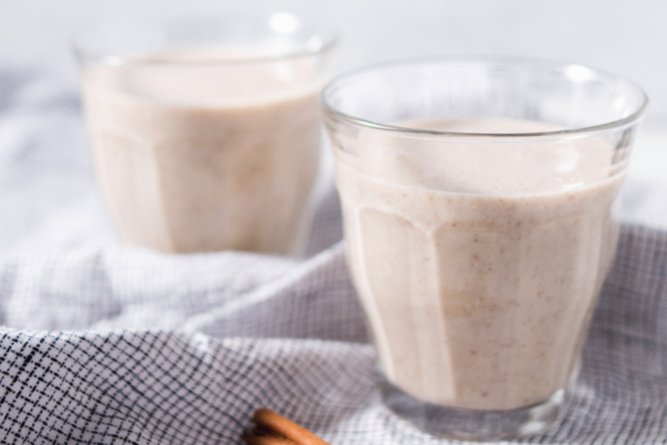 There’s something lovely about starting the day with a smoothie. There’s also something about enjoying a cinnamon roll. So is there any question that something like this Healthy Cinnamon Roll Smoothie would be a winner?

I know cinnamon rolls aren’t typically the poster child for healthy. Certainly, they’re delicious, with their rich, buttery dough, sprinkled with cinnamon and topped with mouth-watering vanilla icing. I could probably eat cinnamon rolls every day, but my dentist and my doctor might have some things to say about all that sugar.

Smoothies, on the other hand, are the secret weapon of parents everywhere that can’t otherwise get their kids to eat healthy fruits and vegetables. You can make smoothies with almost anything, from kale and spinach to blueberries and mango.

It’s this contrast that makes this Healthy Cinnamon Roll Smoothie recipe such a treat. There’s no question about the goodness here. You’ve got old-fashioned oats, pecans, bananas, protein-rich Greek yogurt, and almond milk. And for that cinnamon roll flavor, there’s cinnamon (of course!) along with vanilla extract and some brown sugar.

The yogurt, oats, and almond milk really help to fill you up and keep you satisfied until lunch (or dinner if you have this in the afternoon). The cinnamon, brown sugar, and vanilla give you that yumminess that puts a smile on your face. And the pecans are the icing on the cake. In other words, this is the perfect recipe for those mornings when you’re on the go and still need something tasty, healthy, and filling to get you started and keep you going through the morning.

Put this Healthy Cinnamon Roll Smoothie on your menu for a delicious way to start a busy day at work or school.

Have you tried this Healthy Cinnamon Roll Smoothie recipe? What do you think? Is it a treat or a regular part of your smoothie menu? Let us know in the comments below. 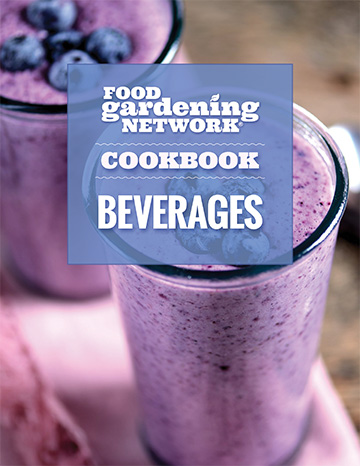