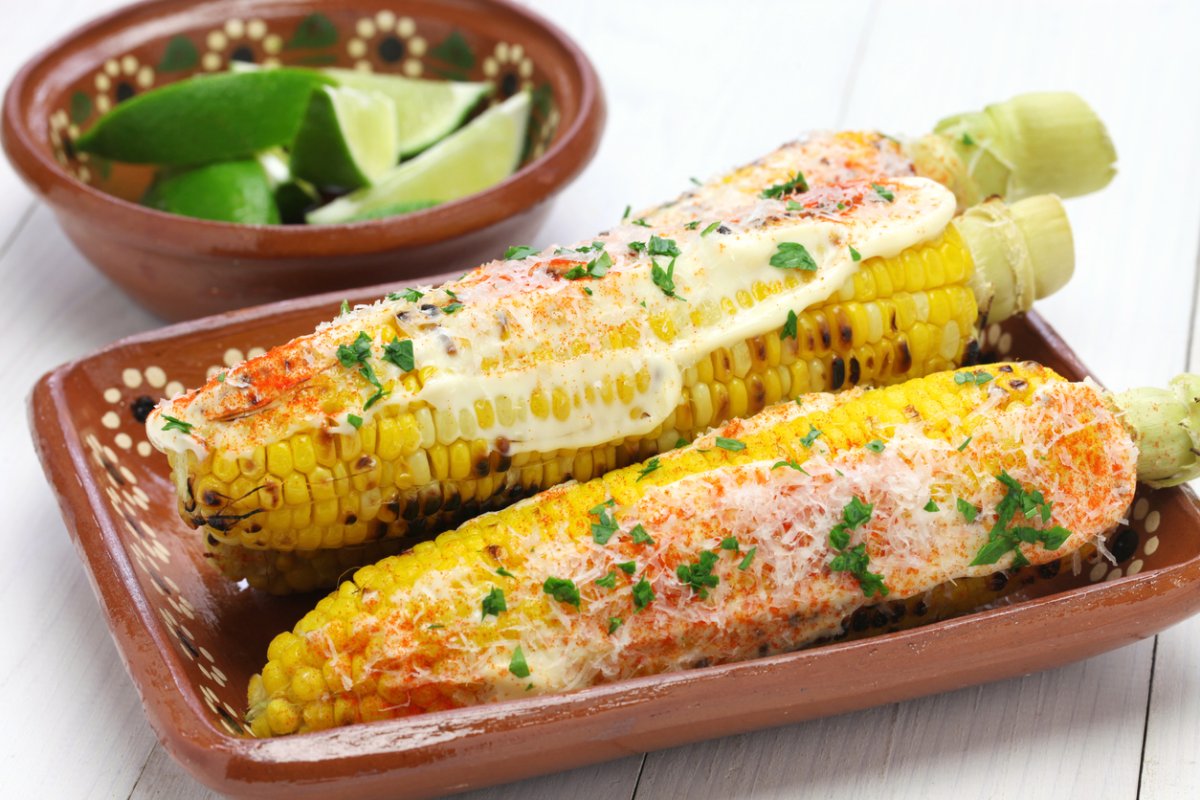 If you’ve never been to Mexico (or at the very least a Mexican restaurant), you’re sorely missing out. Mexican cuisine is just bursting with flavor, spice, and color. This Mexican Street Corn is also known in Mexico as “elote” (which simply translates into “corn on the cob”) and is a beloved treat on the streets. Unlike your typical corn on the cob, which only uses butter and salt, elotes are piled with Mexican crema, cotija cheese, chili powder, and freshly chopped cilantro, served with a zesty lime wedge on the side.

Preparing this Mexican Street Corn is as easy as corn on the cob, but it comes with infinitely more flavor. The Mexican crema is tangy and creamy and can be easily swapped with a mixture of half mayonnaise and half sour cream. The cotija cheese is crumbly, salty, and savory, and can be swapped for mild feta cheese if you don’t have any on hand. Add in the spicy kick of chili powder and the peppery, citrusy flavor of cilantro, and you’ve got a tasty twist on plain ol’ corn on the cob.

This recipe is perfect for both a personal midday snack and a full-on fiesta. All you have to do is grill the corn until it’s slightly charred, brush it with the crema, and sprinkle it all over with as much cheese, chili, and cilantro as your heart desires. You might never go back to simple butter-and-salt corn on the cob ever again!

This Mexican Street Corn is a tangy spin on your traditional corn on the cob that’ll leave you wanting more!

Corn is an all-American staple! If you want to grow your own corn at home, The Everything Corn Gardening Guide has everything you need to know about growing and enjoying this unique food in your home garden, including advice on planting, raising, harvesting, and preparing dish after delicious dish featuring your home-grown corn.

Have you tried this recipe? It’s so easy, unique, and delicious. Please tell us how it turned out for you in the comments section below.

cilantro, corn, grow your own corn