Corn comes in six types: dent, sweet, flint, pop, flour, and waxy. Then there’s heirloom corn, which isn’t technically a type, but is worthy of mention. 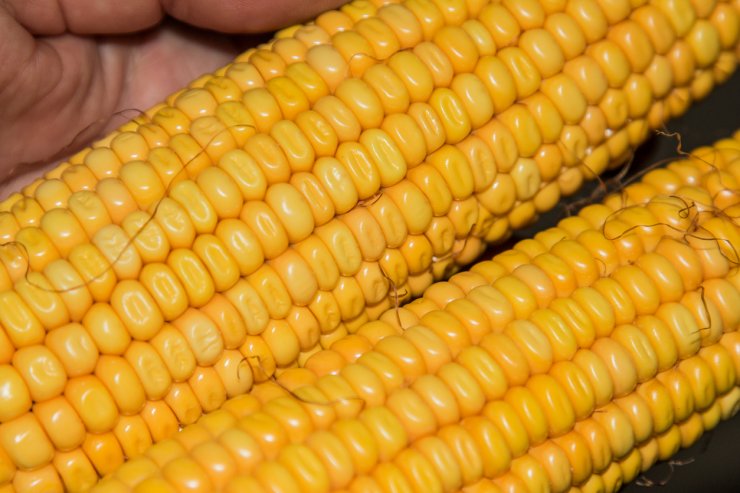 Dent corn is easy to spot: each kernel has a small dent in the top. Also known as field corn, this type of corn is high in starch and low in sugar and not meant for eating fresh. Instead, farmers let it mature and then process it for animal feed, corn chips, tortillas, and alcohol, such as moonshine and bourbon. 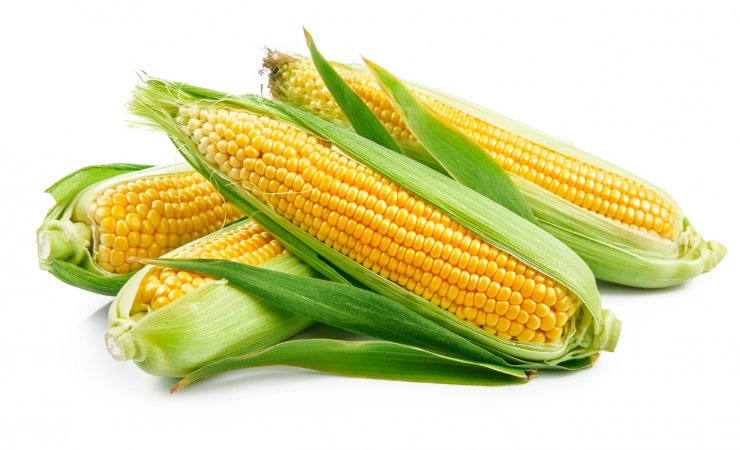 Sweet corn describes the juicy type we love to eat. It has high sugar content and is picked before it matures and turns to starch. Sweet corn comes in many varieties, such as yellow, white, and super sweet. 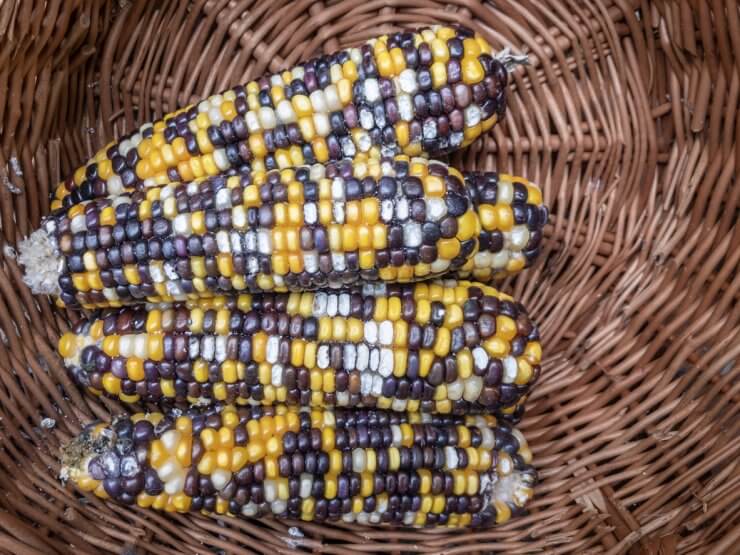 Flint corn—also known as calico corn—is often referred to as Indian corn.
The multicolored kernels, ranging from deep yellow to orange and burgundy, make it the perfect autumn decoration. Though the hard kernels aren’t suitable for eating fresh, when dried this nutrient-rich corn can be ground and used to make corn meal, corn flour, hominy, polenta, and grits. 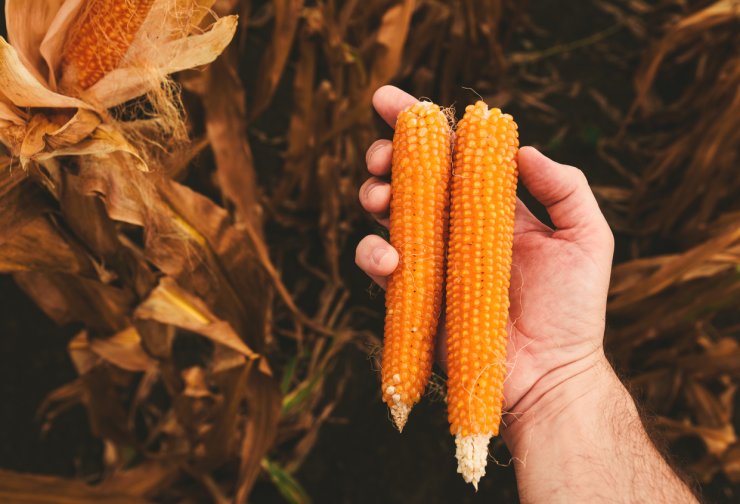 Popcorn is one of the oldest types of domesticated corn. It’s very similar to flint corn with a hard, translucent outer shell. When popcorn is heated, the moisture inside the kernel turns to steam that builds up enough pressure for the kernel to explode—creating the white, starchy treat we all know and love. 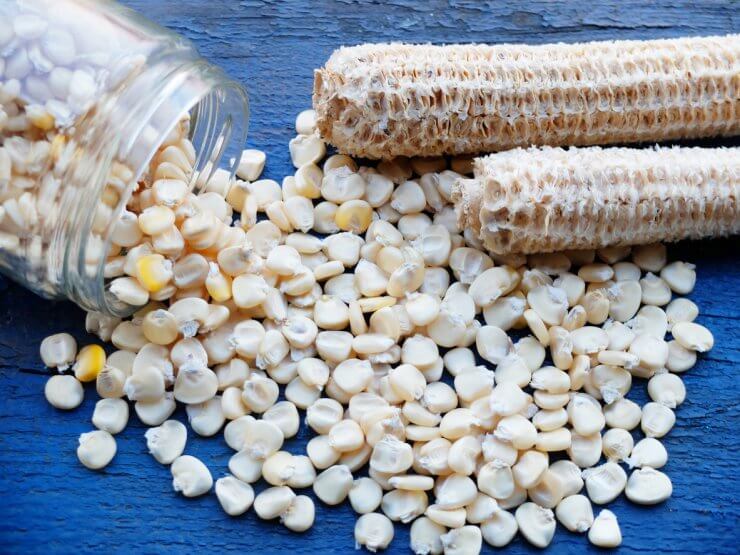 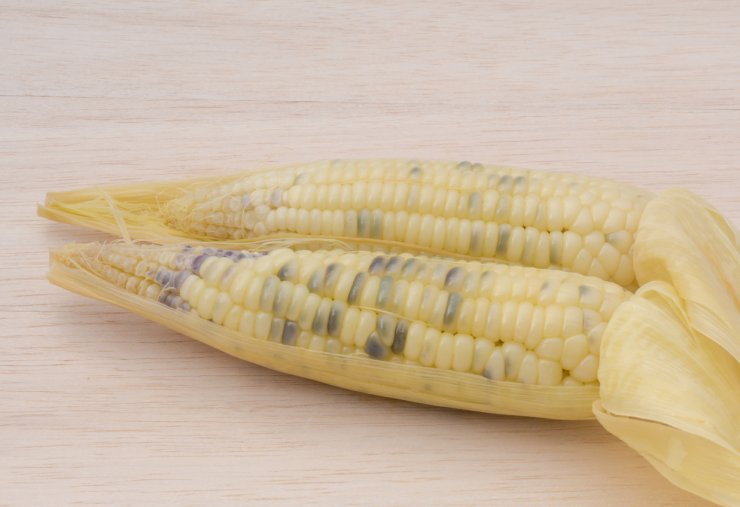 Waxy corn, grown in China, has a texture like glutinous rice. 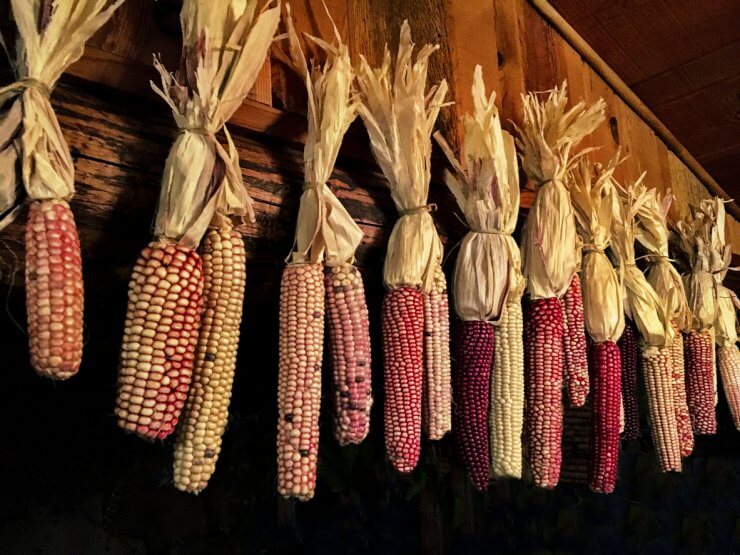 Heirloom corn is not so much a type of corn, but corn that is not mass-produced. Because corn producers want a standard crop, heirloom corn is relatively rare and most of the heirloom varieties have died out. But some farmers are working to save some of the varieties, such as Jimmy Red, which is prized by southern chefs for grits and by distillers for bourbon. So keep your eye on heirloom corn!

What types of corn do you grow? In what area do you live? Care to share your corn growing tips for your region? Please comment below!