How to Hand-Pollinate Corn and Stop Growing Single-Kernel Cobs

Unless you are growing a field of corn, getting those delicious golden ears takes work. “Why does my corn only have a few kernels?” you might ask. Or at least that’s what the majority of my gardening groups start chatting about when corn harvesting season is upon us. Anyone who has tried to grow corn for the first time in a small backyard garden is likely to have wondered why they can’t grow corn! But unless you’re growing fields of it, you’ll need to learn how to hand-pollinate corn if you want to reap any type of sweet golden bounty. 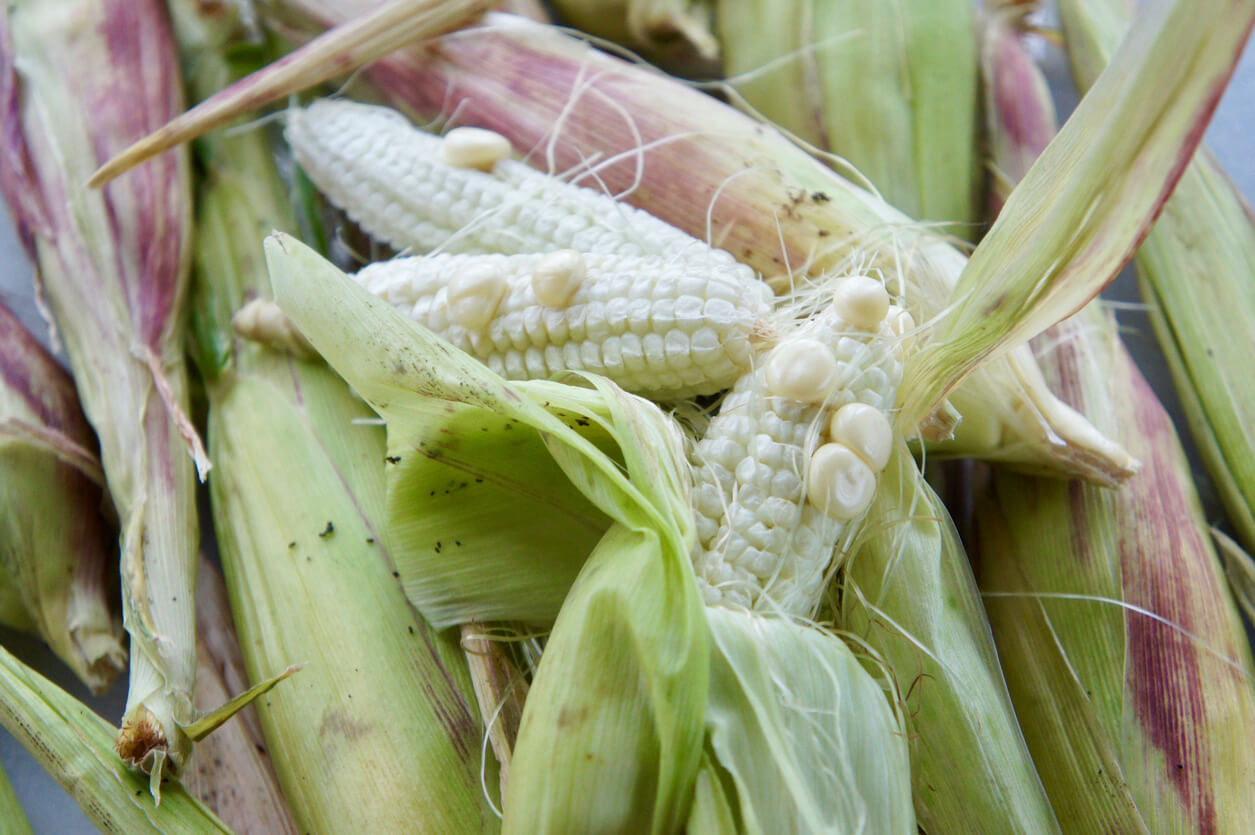 Let’s talk about corn for a minute. Corn is the world’s most important food crop. About 85 percent of the corn grown in the U.S. is used to feed livestock. Most of the rest is used to make corn syrup, which is a sweetener for foods such as baked goods, cereals, sauces, and candies. And the remainder is nibbled by the rest of us alongside steak or other vegetables at our barbecues.

To get a decent crop, most farmers suggest having at least 16 plants. Others say you need at least 11 rows. But I’ve seen backyard gardeners (myself included!) with just 10 plants that ended up with full ears of corn because they’ve done a proper job hand-pollinating their corn. So let’s talk about how to do that! 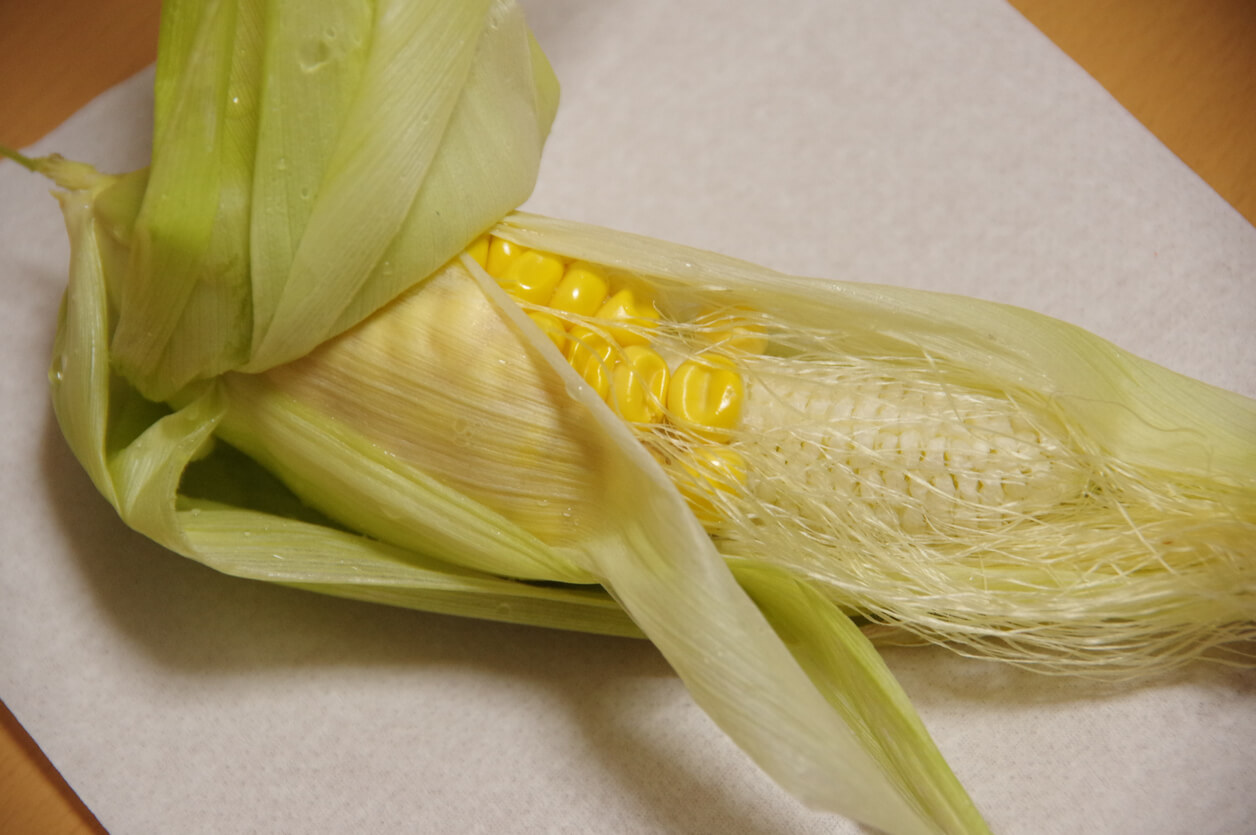 Why you need to hand-pollinate corn in a small garden

In order to produce corn kernels, the pollen from the male flowers must be transferred to the female silks. In a field of corn, this process happens naturally because pollen grains can easily be carried away by the wind and spread amongst the fields. If you only have a handful of plants or even a few rows, the wind isn’t adequate, because the pollen might just be blown away from your small crop of corn.

Instead, you need to hand-pollinate corn if you want more than just a kernel to appear when you peel back the husk.

How to hand-pollinate corn

Find the tassels of your corn; this is the male part of your plant. The anthers that are hanging from the tassels are filled with pollen. These tassels look like this: 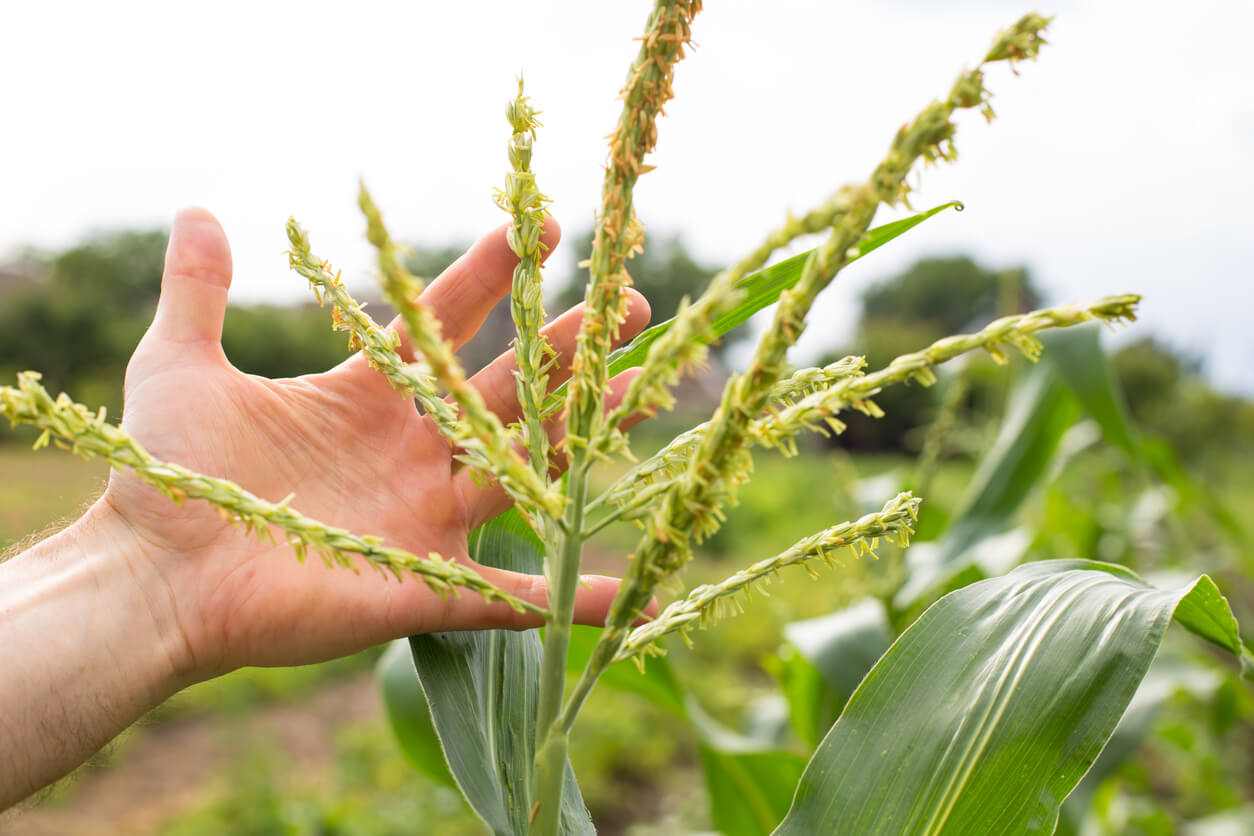 In a large corn field, the anthers would release plenty of pollen downward into the female silks of the plants. In a small crop though, there’s unlikely to be enough pollen to let nature just take its course.

Now find the female part of your plant; this is the bud where corn grows and can be identified by the silks. 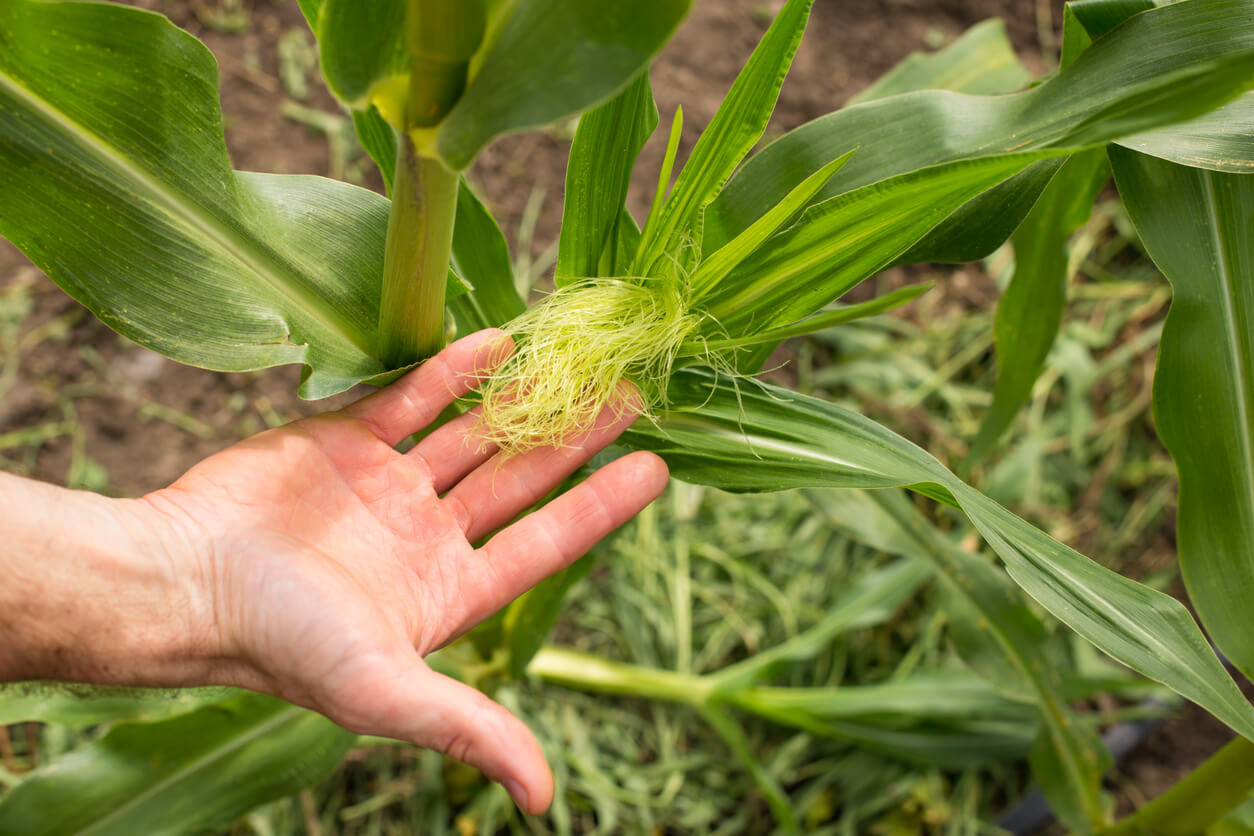 Here’s the crazy part, and the reason why your corn might not be producing.

Each strand of the corn silk makes one kernel of corn. If only a few silks get pollinated, then that’s why you only get a few kernels of corn on an otherwise empty cob.

Hand-pollinate your corn within the first 10 days after you start seeing the silks. Simply snip off a few male tassels and shake them over your female flowers, maybe even brushing the silks a little as you go. Do this for at least a minute to make sure all your silks have been pollinated.

Do this every day for about a week, and you’ll be ensured full cobs of corn. If it rains, unfortunately, the pollen will be washed away. Be sure to pollinate again and continue to do so. 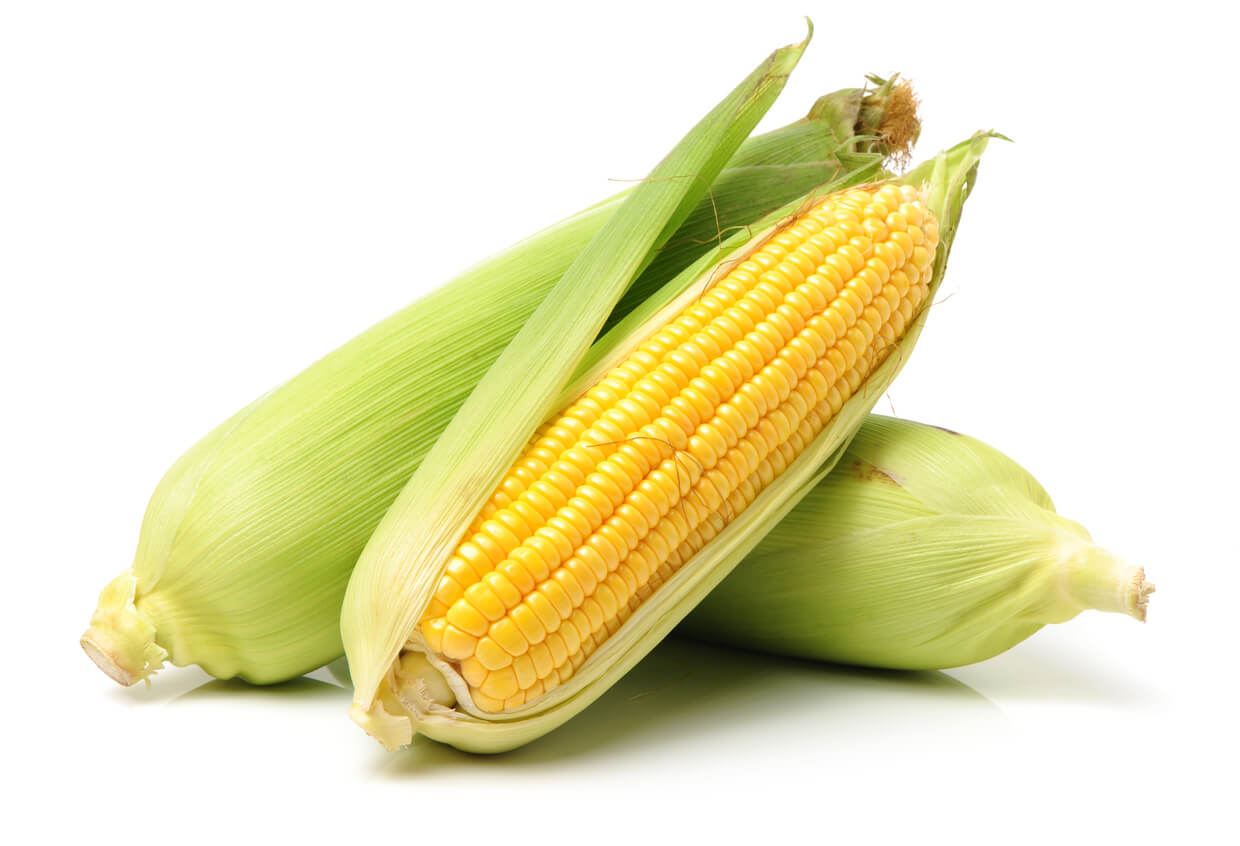 Pollinating is never black and white, so here are a few other preferred methods out there that work too.

One thing to know is that you might not get tassels and silks at the same time right away. Don’t panic if you start seeing the silks appear. Young tassels are always emerging during the pollination stage. Just make sure to use the young ones to pollinate, as the older tassels won’t have as much pollen. That said, the youngest tassels don’t have anthers right away, that happens after a few days of maturing. You’ll know they’re ready because the pollen will be visible, like fine grains, similar to tree pollen.

Want to learn more about growing corn at home? Check out The Everything Corn Gardening Guide, and you’ll have everything you need to know about growing and enjoying this unique food in your home garden, including advice on planting, raising, harvesting, and preparing dish after delicious dish featuring your home-grown corn.

Do you hand-pollinate corn? Is there a different trick or method you use? Leave a comment below and share the wealth!