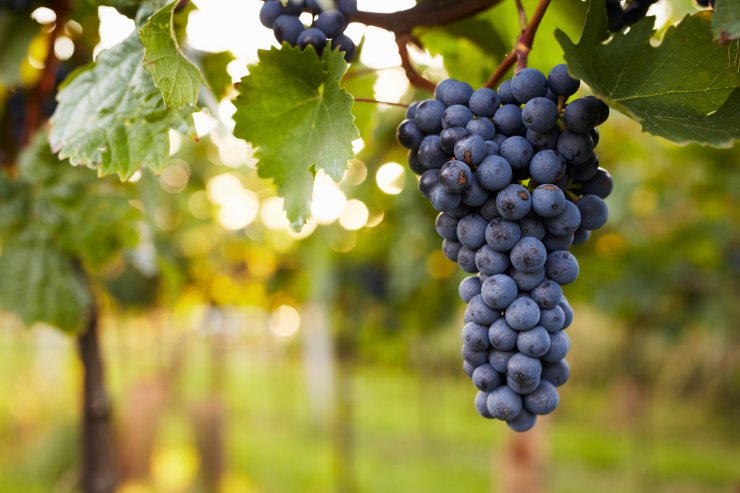 Red wine grapes in the vineyard.

Grapes are the most popular fruit in the whole world—no surprise considering that they’re used for wine, juice, jelly, table grapes, and raisins. Talk about a multi-tasker!

Surprisingly, grapes are considered to be a berry botanically. But whatever you call them, these vine plants not only produce sweet and versatile fruits, but they also look great in your garden or landscape—making them even more versatile.

What’s more, grapes are vigorous growers, and with proper pruning, they’ll produce fruit within a few years and last for 30 years or more! How’s that for a return on your hard work in the garden?

Among all their uses, wine is the largest, unsurprisingly. Still, grapes are a huge industry for many reasons, particularly in France, Spain, and Italy, where one-third of all vineyards are found. Other countries with significant grape production include the United States, Turkey, Chile, Argentina, Iran, South Africa, and Australia.

In the U.S., the grape industry contributes about $125 billion annually to the economy, and the average American consumes eight pounds of grapes each year. Most American-grown grapes come from California (90%), with New York and Washington producing about 3% each and all other states kicking in the remaining 4%.

Yet, grapes can grow in a wide variety of climates, flourishing mostly in USDA Plant Hardiness Zones 5 to 9, essentially anywhere there are warm summers and cold winters to allow for plant dormancy. Cold-hardy varieties have been actually developed that stretch the range to include zone 4, and some varieties claim to be hardy into zone 2.

That means the home gardener in most parts of the U.S. can take on this tasty fruit as a crop. To pick a grape variety to grow, consider your zone, your skill level, and how you’ll use your crop—wine, juice, jelly, or table grapes. You might even simply want something ornamental in your yard for an arbor or to cover a fence!

A Brief History of Grapes 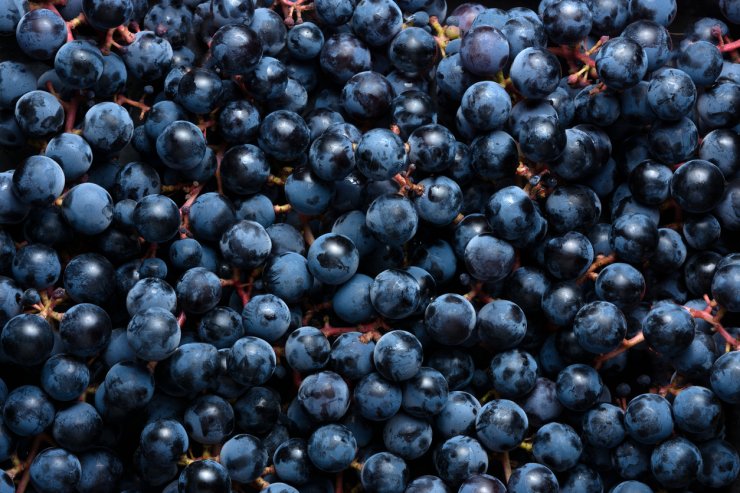 Believe it or not, grapes originated at least 130 million years ago, according to archaeological evidence. And sometime in about 7000 to 6600 B.C., the Chinese discovered that airborne yeast and enzymes landing on grape skins caused fermentation.

That lucky discovery led to the earliest known cultivation of domesticated grapes in the Caucasus region of Eurasia in about 6500 to 6000 B.C. Viticulture—the making of wine—then spread throughout the Fertile Crescent to Egypt and Asia Minor. So revered was wine that King Tut was sent off to his everlasting reward with jugs of red wine in his tomb!

Next came the Hittites, who spread grape culture westward as they migrated to Turkey and Greece, starting around 3000 B.C. Naturally, grape growing spread to Rome, which discovered that its territories in Europe were much better climactically suited for growing grapes—and, thus, European dominance in viticulture was born.

What drove the popularity of grapes among the ancients? Wine, of course! Even the ancients loved wine! In those eras, water was often considered unsafe to drink, so everyone drank wine—sometimes watered—including infants. It was also considered by some to be sacred to various gods and used in religious rituals.

Grapes are mentioned in the Bible more than any other plant, and one of the first things Noah did after the Great Flood was plant a vineyard. The vine is listed in Deuteronomy 8:8 as one of the plants in the good land that God promised the nation of Israel.

Then, sometime around the 16th century, French King Francois I decided he loved eating grapes fresh as dessert, and thus the table grape was born. Eventually, of course, the New World received vines from the Old World via explorers and colonists, creating the worldwide popularity of grapes that we know today.

Now that you know so much about this ancient wonder, you’ll be excited to grow your own—and be prepared for the news that it can take three years for a vine to develop fruit. But when you consider the rewards, the wait is definitely worth it!

Have you ever tried growing grapes before? What do you plan to do with your grape harvest? Please tell us about your plans and experiences.