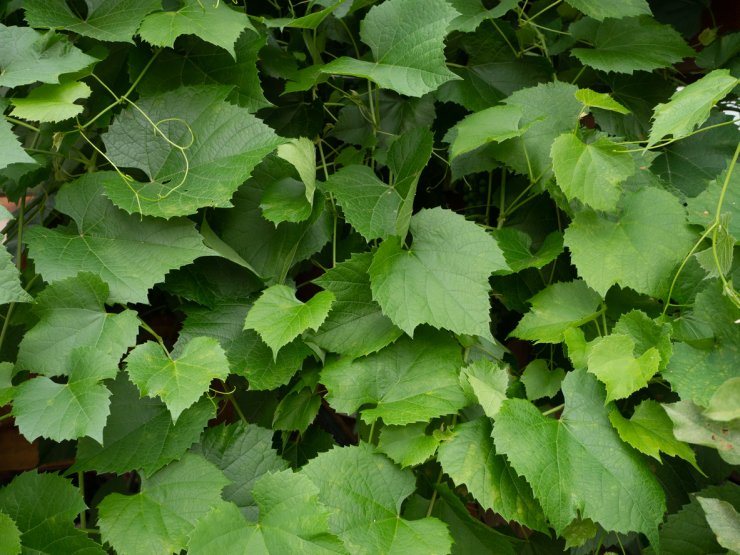 Grapes produce fruit on shoots growing off of 1-year-old canes. If you have too many old canes (from no pruning), then you’ll get fewer grapes. If you prune back your vines completely each year, then you get lots of new growth, but again, few grapes.

Pruning should be done in late winter when the plant is dormant, usually around March. But for the first year or so, the goal is to create a strong root system and trunk.

If you are growing grapes on an arbor, trellis, or fence: Grow the grapes, one per post, selecting the strongest one or two canes. Allow them to grow to the top of the post the first year, securing them to the post as they grow. The first winter, top the cane(s) and allow them to grow side branches along the top of the arbor in either direction—or just one direction if you’ve selected one cane.

If you let the vines just continue to grow, they will produce dense shade, but little fruit. Prune the grapes each winter by removing those canes that fruited the previous year, cutting back 1-year-old canes to five to six buds, and leaving some renewal canes pruned back to two to three buds.

If you are growing grapes on a single stake, cut back the side canes in the first winter to three buds on each. These will send out shoots that will produce grapes the next year. Remove all weak and spindly growth, especially along the lower parts of the trunk.

The second winter, prune back the healthiest canes to six to 10 buds, select two canes as renewal spurs and prune those back to three buds on each, and remove all other canes. Repeat this pruning each winter. Your trunk should be able to support four to seven fruiting canes each year as it gets older. 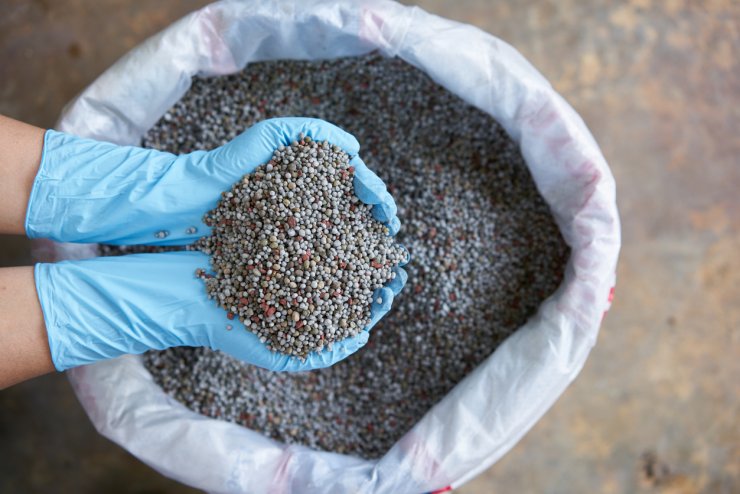 For the first two or three years, apply a nitrogen fertilizer, such as 33-0-0, in early spring. You may not have to do this as the vines mature; it all depends on your observation. If the vines look vigorous and healthy, you may not need any fertilizer. Apply fertilizer 1 foot from the vine. 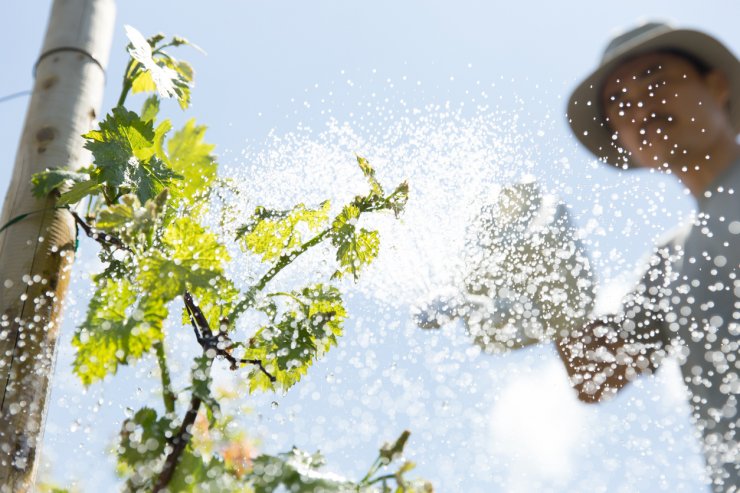 Young grapes require about 1/2 to 1 inch of water per week, depending on rainfall, for the first two years during the growing season. When watering young vines, saturate the root zone. Apply 5 gallons of water over a 3 x 3-foot area for 1 inch of water.

By the end of the second growing season, a trunk should be established and your vine is likely to not need additional watering unless specific soil conditions (sandy, well-drained) or prolonged drought dictate the need.

Apply water only to the root zone. Avoid getting grape foliage wet as this can encourage many grape diseases.

Reduce watering young vines in the fall to encourage the plant to harden-off its canes to prepare for winter. Older vines seldom need any watering unless on sandy or other very well-drained soils. 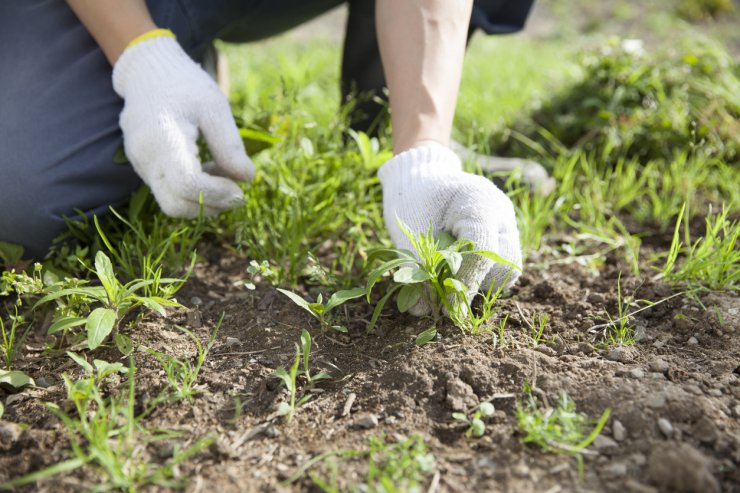 removing grass around base of grapevine.

Unlike many other plants, it is best not to mulch around the base of your vine as the mulch can keep the soil too cool. Grapevine roots like to be warm.

How experienced are you at pruning? Please tell us in the comments below how you learned to do pruning properly.