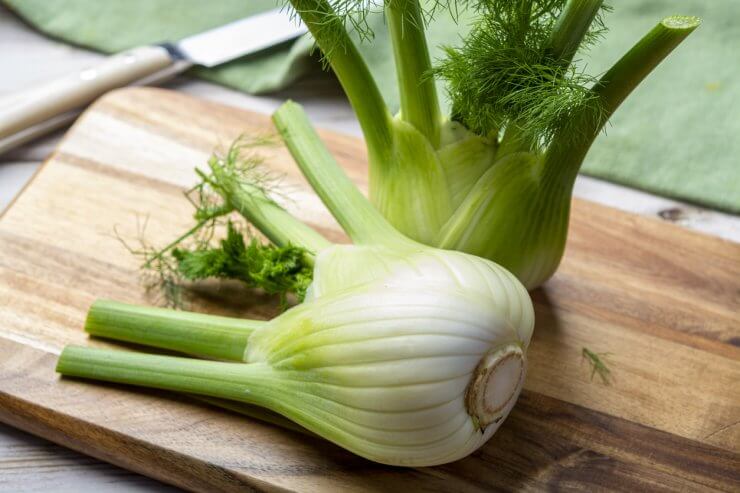 Perhaps we should start with “what is fennel?” for anyone who might not know how versatile this plant is!

Fennel is part of the carrot family, so it’s a vegetable… but it’s not a root vegetable, because the bulbs—the vegetable part—grow above ground. The stalks, too, are often edible and can make great munching sticks, just like celery.

At the tip of the stalks, fennel has green feathery leaves that resemble dill—this part of the fennel plant, the leaves or fronds, is an herb and can be used to flavor soups and sauces, for example.

Fennel seeds are the dried seed of the fennel herb, but they aren’t scientifically “seeds” because they are really the “fruit” of the plant. Fennel seeds have a warm, sweet aroma and an anise-licorice flavor.

When it goes to seed, fennel also produces small yellow flowers among the leaves. Even these flowers are edible!

So, with bulbs, stalks, fronds, flowers, and seeds, you can use every part of the fennel plant for your cooking needs—as a vegetable, herb, or spice! Not many plants can make this claim!

A brief history of fennel 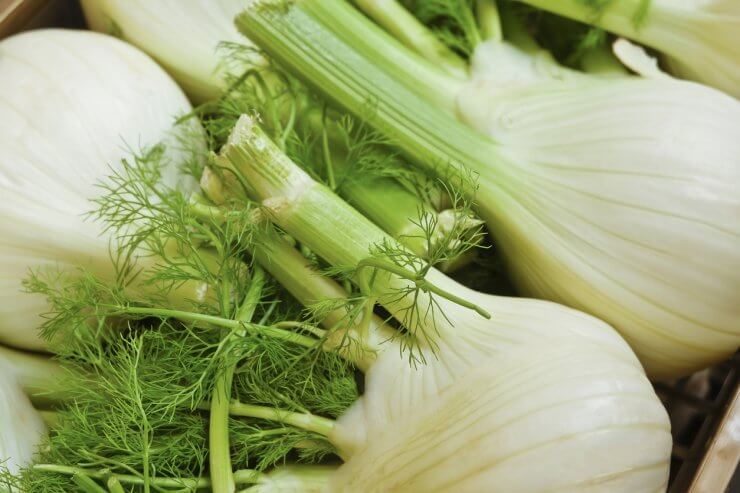 Fennel was first grown in and around the Mediterranean thousands of years ago. Roman warriors thought fennel was a strength-builder, and ancient Greeks thought that Prometheus concealed fire in a stalk of fennel when he brought fire down from the heavens for humans to use. And the Greek god Dionysus used a fennel stalk as a wand!

Roman writer Pliny claimed that fennel had great healing properties and that it helped improve eyesight.

The word “fennel” is derived from the Greek place Marathon (meaning “place of fennel”), site of the famous Battle of Marathon in 490 B.C. between the Greeks and Persians.

In medieval times, fennel seeds inserted into keyholes or hung over doors were thought to protect a dwelling from ghosts, especially on Midsummer’s Eve.

Charlemagne declared in 812 A.D. that fennel was essential for every garden because of its remarkable healing properties—and ordered that all gardens include fennel.

In the 1200s, English people used fennel as an appetite suppressant, to help them get through days of fasting. Some 500 hundred years later, during the late 1700s, fennel became an important ingredient of patented and potent medicinal elixir called absinthe.

Fennel was introduced in North America for the first time by Spanish missionaries, cultivating fennel in their medicinal gardens.

What a long and interesting history fennel has!

Did you know about fennel’s history? Tell us if there’s something in fennel’s background or history that we’ve missed by commenting below.