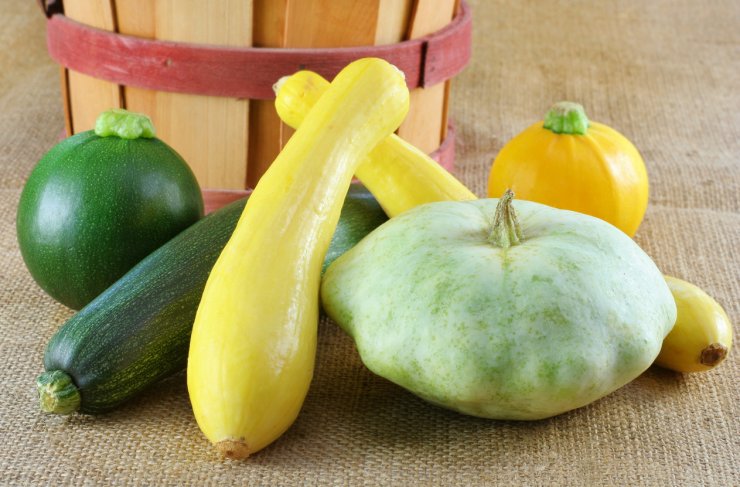 They’re incredibly nutritious, they grow quickly and readily, and they taste delicious. What more could you ask of veggies grown in your garden? How about if they’re also attractive and just plain fun?

That’s squash for you—as delightful in a basket on your counter as they are on your dinner plate. Squash comes in a great variety of colors, patterns, and shapes, from white to deep green and yellow or even orange, solid to striped, flattened to tubular with crooked necks.

They have even historically made great containers for Native Americans. And indigenous people in northern Peru created sacred pottery pieces in the shape of squash in the pre-Columbian era.

No wonder squash has been in domestic production for some 10,000 years!

There are four species of squash, which belong to the Cucurbitaceae family, more commonly known as the gourd family. The family includes pumpkins, cucumbers, squash and gourds. The scientific name for most varieties of summer squash is Cucurbita pepo, the “pepo” part referring to the fruit of the plant: a hard-sided berry.

Speaking of fruit, it’s true: Summer squash is technically a fruit, not a vegetable, because the squash holds the seeds of the plant.

And this fruit that eats like a vegetable is a fast-growing, prolific grower. If you’re making plans for your summer garden, keep in mind that you won’t need many plants (and you may want to keep some space for slower-growing winter squash, anyway). Just a couple of plants will easily feed a family of four or even six—any more than that, and you’ll become that legendary gardener who’s forced to give away extra zucchini to strangers on the street!

A Brief History of Squash 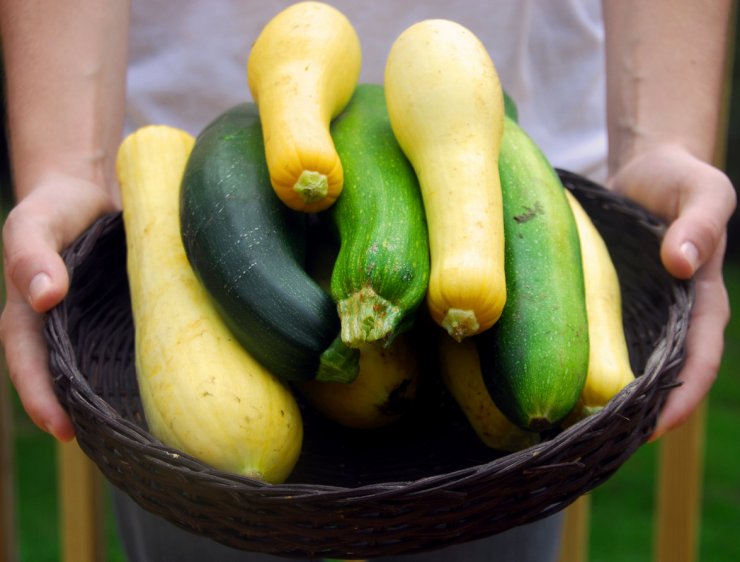 Summer squash in a basket.

Archaeological and radiocarbon dating evidence suggests that squash may have been first cultivated in Mesoamerica some 8,000 to 10,000 years ago, but may have been independently cultivated elsewhere somewhat later. Analysis shows dispersion of the plant from south to north, from southwestern Mexico toward the southwestern United States.

At the same time, there is early evidence of domestication of C. pepo squash from different sites in the central Midwest of the U.S. and in the east from Florida to Maine. The earliest evidence of use of squash comes from a site in Illinois, about 8,000 years ago.

Squash became known to European settlers as one of the “Three Sisters” planted by Native Americans. The Three Sisters were the three main indigenous plants used for agriculture: maize (corn), beans, and squash. These were usually planted together, with the cornstalk providing support for the climbing beans and shade for the squash. The squash vines provided ground cover to limit weeds. The beans provided nitrogen fixing for all three crops.

The English word “squash” comes from askutasquash (literally, “a green thing eaten raw”), a word from the Narragansett language. Roger Williams, founder of Rhode Island, documented this fact in a 1643 book about local language. Other nearby languages included a similar word for squash.

In 1804, Lewis and Clark recorded that a native tribe raised “great quantities” of the three indigenous staple crops. Squash has remained a popular food crop in the U.S. ever since. The United States grew 4.6 million cubic weight of squash for fresh market and processing in 2016 valued at $149 million.

That 2016 crop was planted on 37,400 acres. California leads the nation in the value of squash production followed by Florida, Georgia, and Michigan. But that doesn’t even keep up with demand: The U.S. imports the most squash in the world, with 91 percent of those imports coming from Mexico.

Do you value squash as much for its aesthetic value as for its flavor? Please tell us about the unique ways you use squash!