Use this Glossary to get quick definitions or explanations of terms and concepts used in this collection, or terms that you might encounter while managing your own squash garden.

Pattypan: This squash variety is sometimes called UFO squash or scalloped squash because of its shape. Pattypan is tougher than other squash so it holds up well to cooking.

Ronde de Nice: This French heirloom squash is also known as Gourmet Globe or Round French. It has a round shape with light green speckles. Ronde de Nice is considered disease and insect resistant and should be harvested at 1 to 4 inches wide.

Round Zucchini: This spherical squash tastes exactly like regular zucchini and comes in shades of green or yellow. For best taste, Round Zucchini should be harvested when they are the size of a softball.

Tatuma: This squash variety is also known as “calabacita” and is a Mexican heirloom variety. It is considered disease and insect resistant and is heat tolerant. Tatuma is pumpkin-shaped and tastes best when no bigger than a softball.

Trichopoda pennipes: A parasite bug that attacks squash bugs by laying eggs on the squash bug. The larvae then feast on the host. Also known as feather-legged fly.

Yellow Crookneck: This squash variety is bulbous on the bottom and thin and curved at the top. Yellow Crookneck is slightly tougher than other summer squash which makes it great for cooking, however, they should be picked before they get longer than 6 inches for best texture.

Zucchini: This squash variety is usually green and long, with flattened sides. Zucchini should be picked when tender and can be used for cooking, baking or as a noodle substitute.

Are there any gardening terms or concepts that you need explained? Please tell us know if you would like more clarification about any squash-related terminology. 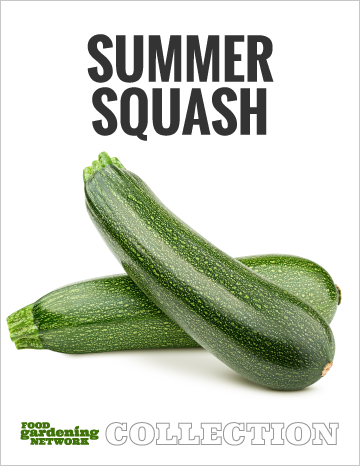