Growing Brussels Sprouts in Open Land, in Containers, or in Raised Beds 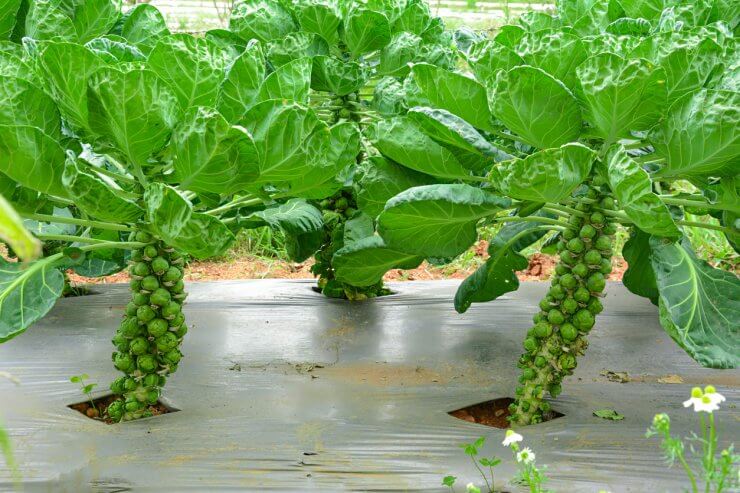 When first planning your Brussels sprouts garden, consider the type of land you can tend. If you have a large outside plot of land with the right soil and the right conditions for watering and draining, you might have the ideal situation for planting directly in the ground. Brussels sprouts are heavy feeders, and they need rich soil; in fact, some gardeners suggest that you amend the soil months in advance so it’s ready come planting time. Keep in mind that you may need to put in some extra time and effort to get your garden bed ready for Brussels sprouts.

If, however, your soil is too sandy or not the right composition, you might want to consider planting in raised beds or in containers or pots. Converting your open-land plot into the ideal garden setting might involve a lot of time and effort better spent building raised beds or setting up containers. 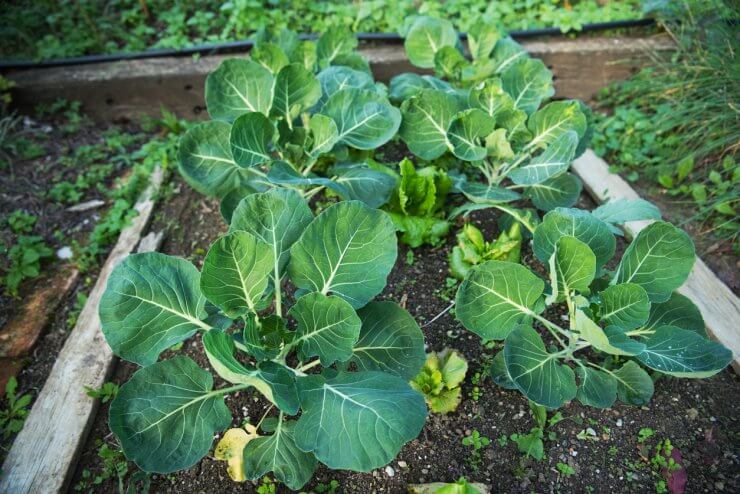 Creating raised beds for your Brussels sprout garden can be a lot of work the first time you set up your beds, but having raised beds gives you more control over your growing environment. You’ll find that watering, irrigation, weeding, and even harvesting are much easier, since the plants will be easier to reach and contained in a space that is more manageable than growing in open land. And once you create your raised beds the first time, subsequent years will be easier.

To create nicely contained raised beds for your Brussels sprouts, enclose your raised beds with wooden sides at least 8 inches wide—this will help keep the bed together, and be tall enough to make irrigation easier. With raised beds, your garden is less likely to contain the seeds of weeds that are often found in garden soil. You’ll minimize the incidence of weeds overall, which will save you time and effort later. Weeding itself is much easier with raised beds, because you don’t have to get down so far on the ground to remove weeds.

Annual Tip: To optimize the soil in your raised beds, be sure to amend your soil with composting at least once a year—otherwise, your soil can become less productive for your plants. And if you plan to grow Brussels sprouts year after year, you’ll need refreshed soil each year. Since Brussels sprouts are such heavy feeders, they really deplete the soil. And on the crop rotation front: you need to avoid planting brassica plants in the same area two seasons in a row.

So you might want to look for good nitrogen-fixing plants (like legumes) to give the soil a nutritional boost. 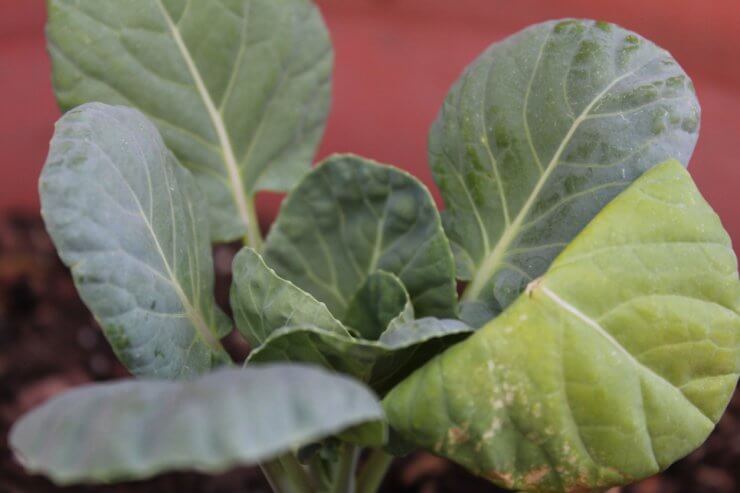 If you don’t have the space for growing in open land or in raised beds—let’s say you live in an apartment with no land of your own for a garden, for example—you can grow Brussels sprouts in containers or pots on your balcony, porch, patio, or deck. But you’ll need a big container, at least a foot across and at least a foot deep. If aesthetics are not a priority for you, you could probably use a 5-gallon bucket from a hardware store.

One great advantage to container gardening is that you can move your plants around more easily to maximize their exposure to the sun.

Tip: If you have trouble moving containers around, because they’re too heavy or too bulky, try putting them on slightly raised rolling casters so it’s easier for you to move them around your space.

Growing Brussels sprouts in a container is not uncommon—you just have to know the right way to do container gardening for what you’re growing. For example, while weeding is much easier with containers, you have to be more vigilant about watering and irrigation as plants can dry out much faster—Brussels sprouts do not like going thirsty. Plus, containers can lose important soil nutrients throughout the season, so you will need to plan to apply additional fertilizer at least once during the growing season, probably twice.

With container gardening for Brussels sprouts, you have to use really big pots or containers—the bigger, the better. The container needs to be at least a foot across and a foot or more deep. Using a 5-gallon pot for one Brussels sprout plant is optimal. Gardening bags are another good alternative; just make sure you put them on a wheeled stand so you can move them around.

How do you grow your Brussels sprouts—in open land, in raised beds, or in containers? Why do you prefer your method? Please tell us your tips and tricks for creating an awesome Brussels sprout garden.