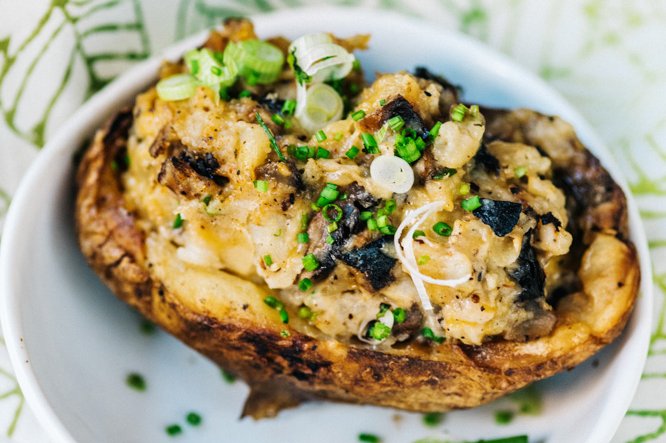 Grilled Potato Boats — the name alone already sounds like you’re in for a treat! The best part is, Grilled Potato Boats aren’t just all about these tubers (even though they’re amazing). Building your “potato boats” will let you play around with other ingredients that will take your palate on a simple but supremely satisfying culinary trip!

Whipping up a batch of Grilled Potato Boats won’t take long and you’ll have a lot of fun making the stuffing from a handful of garden goodies. Grilled potatoes in themselves are already delicious and filling, with that pleasant smoky flavor on the skins. The soft potato flesh will be relatively easy to mash once these tubers are cooked through, making them smoother and ready to become the base of your stuffing.

The key to making Grilled Potato Boats that will hold together is slicing your scallions, white mushrooms, and chives thinly. White mushrooms are mild and subtly earthy, and the flavor becomes even more noticeable when cooked. Scallions are on the slightly spicy, somewhat peppery side and you can adjust the level of ‘pepperiness’ with a sprinkling of freshly ground black pepper when needed.

Of course, there’s no way we can forget some shredded cheddar cheese, which has a fresh, sharp, and mildly earthy taste that you can adjust with a bit more salt if you prefer. Chives, on the other hand, are bright and can give your whites and yellows a pop of color, as well as a nice onion-y taste reminiscent of leeks.

Along with the mashed potato flesh, sour cream brings all your ingredients together with its rich, creamy consistency and tangy, tart taste. After mixing your stuffing, you’re ready to fill your potato boats and give them another good grill until the cheese is mouthwateringly melty. Grilled Potato Boats are mind-blowingly good so you might want to make an extra batch!

Take your palate on a supremely satisfying culinary trip with these wonderful and easy-to-cook Grilled Potato Boats!

Have you had potato boats before? What did you think?

The only thing better than grilled potato boats is using your own, homegrown potatoes in the recipe. Learn all about growing your own potatoes in the special collection, How to Grow Potatoes: Everything About Growing and Enjoying Spuds. It’s packed with planting tips, specific plant profiles, recipes, nutrition and health information, and resources to help you be the best food gardener you can be. 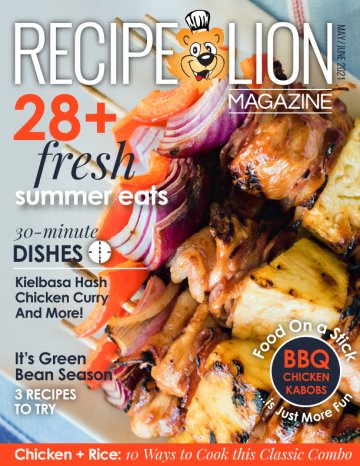