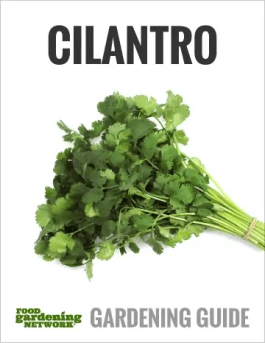 Once upon a time, there was a woman who loved to garden. She planted cilantro near fennel, but the cilantro never grew. She didn’t know that fennel secretes a growth-inhibiting substance that prevented the cilantro from flourishing. Then she tried planting dill and cilantro, but her plants didn’t self-seed very well the following season. And she didn’t know much about cilantro companion plants.

Finally, she found out about the benefits of cilantro companion plants and decided to try out a few different ones. She planted anise, basil, parsley, chervil, leafy vegetables, legumes, potatoes, and tomatoes near her cilantro, and was delighted with the results! The cilantro grew healthy and strong, and the soil was filled with beneficial insects that kept pests away.

From then on, she always planted cilantro in companion arrangements. She learned that cilantro is a great addition to any garden, as long as it is planted with the right companion plants!

If you’re looking for ways to improve your cilantro crop, you might want to consider companion planting. Companion planting is the practice of pairing plants together for mutual benefit. There are a number of plants that make good companions for cilantro, and we’ll discuss some of them here.

A companion plant, like cilantro, is a plant that is grown with another plant for the benefit of one or both plants by improving soil quality, repelling pests, and attracting beneficial insects. The biggest way that cilantro is a good companion plant for other plants is its ability to repel pests. Cilantro is so vile to spider mites, for example, that you could make it into a tea and spray it onto plants to keep them away. It also attracts beneficial insects, which can help with pollination and to control harmful pests. Cilantro is a “cool season” herb. This means that it grows quickly and flowers soon during its growth cycle. Bolting is the process of the plant flowering, which is beneficial because the flowers are food for pollinators and can attract other helpful insects.

1. Asparagus. Since cilantro has a shallow root system, it won’t bother asparagus, and when the cilantro bolts, it will provide flowers to attract pollinators to the asparagus. The ferns of grown-out asparagus also provide shelter for shade-loving cilantro.

2. Anise. If you plant anise near cilantro, the anise seeds will germinate faster and more efficiently.

3. Basil. Basil is a good plant to have near cilantro because it can help keep pests away with its potent fragrance. It also enjoys the same type of environment as cilantro.

4. Parsley. Parsley and cilantro are great together. Parsley helps to keep pests away, while cilantro attracts helpful insects that can control harmful pests.

5. Chervil. Planting cilantro with chervil will not only keep pests away from your beloved herbs, but also supposedly makes the cilantro taste better.

6. Leafy greens. Cilantro’s umbrella-shaped flowers are excellent at attracting beneficial insects like ladybugs and hoverflies that will prey on harmful pests like aphids, spider mites, and potato beetles. As such, cilantro is an excellent companion plant to a wide variety of leafy greens that are vulnerable to leaf-eating pests, including spinach, cabbage, lettuce, kale, and kohlrabi.

7. Legumes. From sugar snap peas to green beans, legumes are a great choice to grow with cilantro plants because they provide much-needed nitrogen in the soil.

8. Potatoes. The predatory insects that are attracted to cilantro prey on Colorado potato beetles, protecting your potato crops from pests.

Not every plant is a good companion for cilantro. Plants like fennel, coriander, and mint are strong competitors for cilantro. These plants compete with cilantro for the same soil nutrients, light, and root space. Additionally, all three of these plants are attractive to the same pests cilantro is meant to repel, so it’s best to avoid planting them together.

The following three plants also do not make good companions for cilantro.

1. Fennel. Fennel doesn’t play well with other herbs and should be kept far away from your cilantro. It secretes a growth-inhibiting substance.

3. Dill. If you want to keep pests away from your garden naturally, plant dill and cilantro together. Dill and cilantro both have flowers that attract good bugs. However, if you want your plants to self-seed for the following season, cilantro and dill will cross-pollinate so you’ll get neither cilantro nor dill.

Cilantro, or coriander, brings a distinctive flavor to many favorite ethnic cuisines, including Mexican, Thai, and Indian. But you don’t have to cross the border to have fresh cilantro—you can grow it in your garden or even indoors and enjoy this tasty herb year-round. In our Celebrate Cilantro Gardening Guide you get all the details that go into growing and harvesting flavorful cilantro and its seed form, coriander. Get recipes for a fiesta of sweet and savory dishes that make it all the more rewarding to grow your own cilantro. Get it all in our Celebrate Cilantro Gardening Guide right now!

Do you have any fun stories to share about cilantro companion plants? I’d love to hear them! 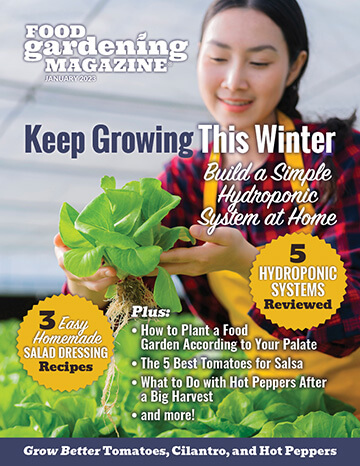