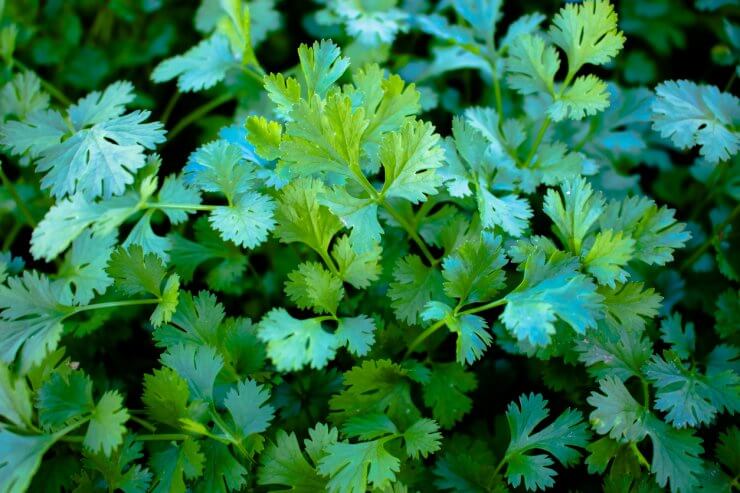 Oh, the joys of cilantro! With notes of lemon-lime, a grassy parsley-like flavor, and just a hint of spice, cilantro has an unmistakable taste. Unless you’re among the small, but significant, part of the population that can’t abide cilantro (likely due to a genetic difference that perceives the herb as tasting like soap), you’ve no doubt enjoyed cilantro in Mexican, Southwestern, and Asian soups, sauces, salads, and main dishes—and foods from other cultures as well. Cilantro, an aromatic herb, is incredibly versatile in the kitchen.

Cilantro is an ancient plant known to be used by the Greeks and Egyptians. Also called Chinese parsley, cilantro has Asian roots as well. The annual aromatic herb is used fresh and also cooked in soups and stews. Its seed, known as coriander and considered a spice, also lends itself to a number of culinary uses.

Cilantro, USDA botanical name Coriandrum sativum, is a member of the umbellifer family that includes carrots, celery, and parsley and their cousins, such as dill, Queen Anne’s lace, cumin, and caraway. All parts of the cilantro plant are edible, including seeds, leaves, stems, flowers, and roots. The roots have a pronounced flavor prized by cooks—another good reason to grow your own cilantro as grocery stores often remove the roots.

Cilantro plants have delicate pinkish-white flowers in clusters called umbels. The flowers taste like a milder version of the leaves. Cilantro fruit—the coriander seeds—are contained in football-shaped husks with ridges. Coriander’s flavor, when crushed or ground, has been described as warm, nutty, spicy, and citrus-flavored. Roasting the seeds intensifies the flavors.

Though cilantro is native to warmer climes, you can grow it almost anywhere outdoors. Cilantro thrives planted in the ground in USDA Plant Hardiness Zones 2 to 11; they do quite well as container plants—just bring them in before temperatures drop and make sure you place them in a warm, sunny, draft-free spot for the winter.

Cilantro grows nearly worldwide, with Mexico as the top producer. California grows most of the commercially available cilantro in the U.S.

If you keep in mind that a mix of sunshine, shade, and not too much water is essential for your cilantro, you’ll be well on your way to fresh cilantro for salads, main dishes, dips, and more!

Cilantro has been celebrated the world over for centuries and not just for its culinary attributes. The herb has long been prized for its medicinal properties and was even thought to be an aphrodisiac. Two of the most read pieces of ancient literature, the Bible and “Tales of the Arabian Nights”, mention cilantro in their stories—cilantro is famous!

A Brief History of Cilantro 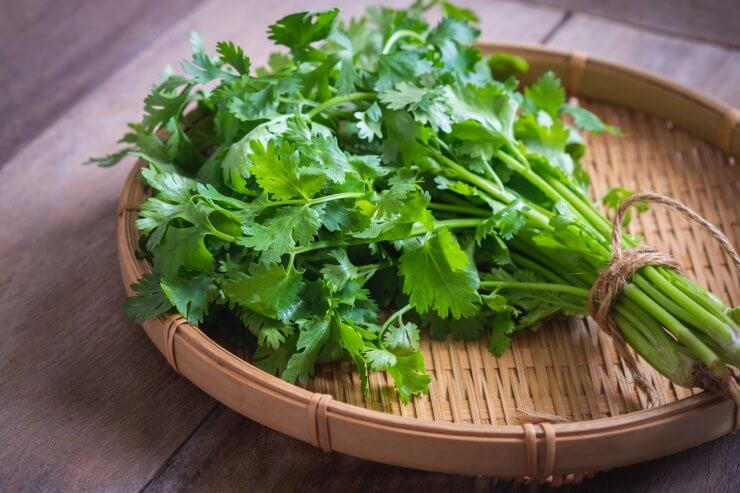 Fresh cilantro in a basket

Cilantro grows wild in Western Asia and Southern Europe. But not in Egypt, where about a half-liter of cilantro seeds (coriander) were discovered in Tutankhamen’s tomb. An Egyptian medical text dated to around 1550 B.C. describes cilantro’s medicinal and culinary uses. Both facts indicate that ancient Egyptians cultivated the herb.

Evidence from the Bronze Age shows the Greeks cultivated cilantro to make perfume as well as for its culinary and medicinal uses. Later, Hippocrates and Dioscorides mention it. And cilantro is referred to as an aphrodisiac in “Tales of the Arabian Nights”, which dates to about the year 1000 A.D.

The conquistadors and other Europeans brought cilantro to Mexico and the Americas in the 1500s to 1600s. The plant, and its popularity, spread like wildfire and it is now commonplace in U.S. kitchens and gardens.

Did you know about the history of cilantro? Are you excited to try growing it? Let us know what you think.