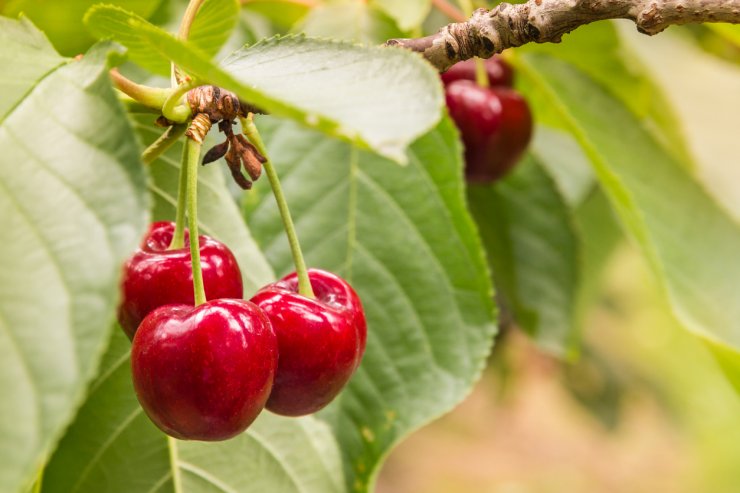 George Washington may never have chopped down a cherry tree, but it’s easy to see why that would have been such a grave misdemeanor: Cherry trees are so beautiful, and their fruit is so delicious to eat.

Cherries come to us from the area that is now Turkey, and are so beloved, it’s said that Broadway in New York City shifts west at East 10th Street because a cherry tree once stood there.

Cherries are stone fruits which produce “drupes,” or fleshy material surrounding a single seed. They are in the genus Prunus and are closely related to other stone fruits and nut trees such as peaches, almonds, apricots, nectarines, and plums, along with other ornamental flowering trees and wild species.

Like other fruit trees, cherries will make you wait: Cherry trees generally start bearing fruit in their third to fifth year, depending on type. But once mature, a standard-sized tree will produce 30 to 50 quarts of cherries each year, and dwarf trees produce 10 to 15 quarts. That’s a lot of cherries!

Many cherry varieties require a partner tree of a different variety to pollinate them. Two of the same variety will not work for cross-pollination, unless you have seed-grown trees.

Turkey remains the largest cherry-producing region in the world. In the United States, Washington state grows the most sweet cherries, followed by Oregon and California. Michigan is the top-producing sour or tart cherry state.

Most cherry varieties grow in USDA Plant Hardiness Zones 4 to 7, with a few cold-hardy varieties extending to Zone 3.

A Brief History of Cherries 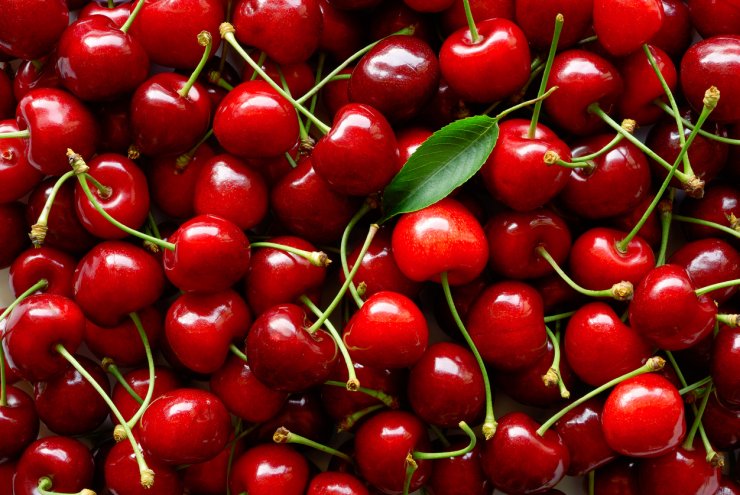 Fossilized cherry pits have been found in prehistoric caves by archeologists in Asia and Europe, dating back to the earliest civilizations. The earliest written mention of the sweet, red fruit was by the Greek author Theophrastus, who documented them as being cultivated by the Greeks for hundreds of years in his book, “A History of Plants,” in 300 B.C.

A cultivated cherry is recorded as having been brought to Rome by Lucius Licinius Lucullus from northeastern Anatolia, in modern-day Turkey, in 72 B.C.

The English word “cherry” derives from old Northern French (or Norman) “cherise” from the Latin “cerasum,” referring to an ancient Greek region near Turkey, from which cherries were first thought to be exported to Europe. The cherries we know and love today were brought to New Netherland (present-day New York City) in the Americas in the early 1600s by Europeans.

The dominance of Washington as the sweet cherry-growing region came from a man named Henderson Lewelling, who brought nursery stock with him to the Pacific Northwest from Iowa. Lewelling’s younger brother created the popular Bing cherry and named it after his Chinese orchard foreman (who was 7 feet tall!).