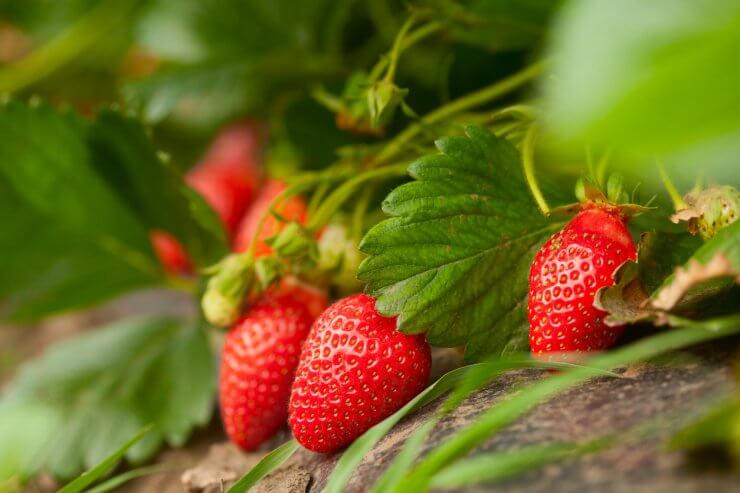 There are three types of strawberries, each with many varieties to choose from. These types are day-neutral, everbearing, and June-bearing. All strawberry plants produce runners to reproduce, but some types have more runners than others.

These plants are, as their name suggests, not dependent on the length of the day for blooming and fruiting, as the other types are. They produce fruit throughout July, August, and September, provided that temperatures stay between 35 and 85 degrees F.

Day-neutral strawberries produce few runners, and you should remove flowers from first-year plants until the beginning of June. That allows the plants to put their energy into developing roots and becoming strong, healthy plants.

You should also pinch off the few runners that these plants produce. They aren’t very vigorous, and if left to grow, you’ll just wind up with smaller, less-productive plants overall. 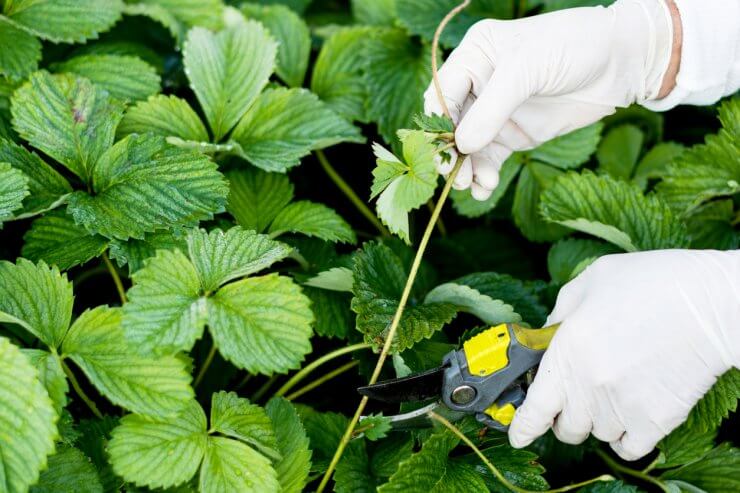 Everbearing strawberries produce fruit two or three times per year, when the days are long, in June and/or summer and fall. Summer harvest, in climates where the temperatures are high, will be less fruitful than June and fall.

Their fruits are smaller than June-bearing types and they produce few runners. Remove flowers until June 1 from first-year plants, and pinch off runners, again to preserve vigorous growth on the main plants.

Note that because you’re preventing runners, which are the means by which these plants naturally regenerate themselves, there will probably be a drop in fruit production within just a couple of seasons. That means it’s common practice to replace everbearers every two to three years. 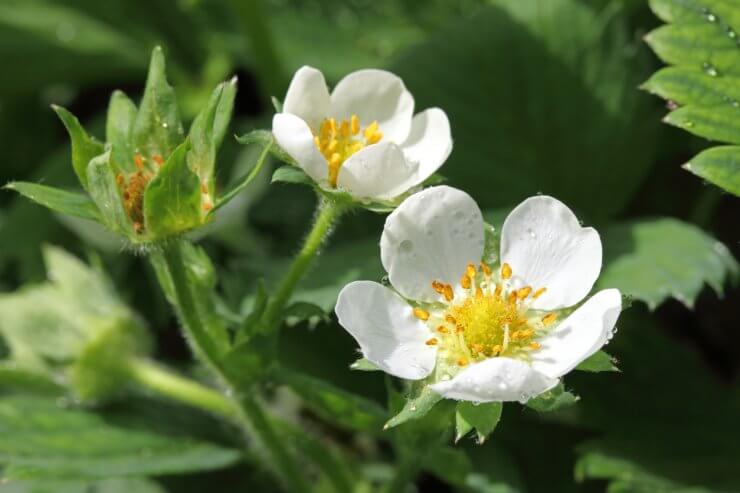 This is the most common type of strawberry. Buds form in the fall and then bloom the following spring, producing one large harvest, usually in June, though there are early-, mid-and late-season varieties. These produce a larger sized berry and many runners.

You can leave the runners from June-bearing plants to take root, so they form a thick mat of growth, known as the “matted row method.” Just don’t let the row get wider than 18 inches across.

The catch with June-bearing strawberries is that you should remove all the flowers from first-year plants during the entire first year, meaning you won’t get a harvest until the second year.

Which type of strawberries have you grown? Do you have a preference? Please share your opinion.