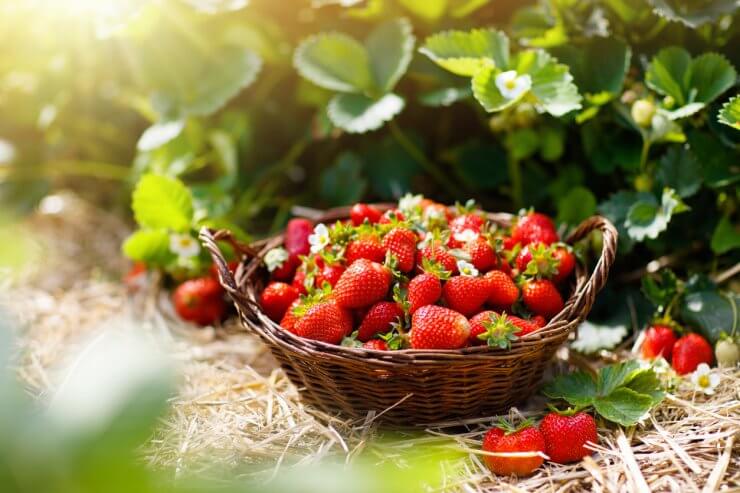 “Doubtless God could have made a better berry, but doubtless God never did.”
Dr. William Butler, 17th century

This admiring sentiment about the lovely strawberry remains true to this day. Imagine plucking one straight from the plant, bright red, warm from the sunshine and perfectly ripened—what could be better than that?

The strawberry, botanical name Fragaria x ananassa, is a member of the rose family. The letter “x” in its name indicates that it’s of a hybrid origin, in this case, of two different species.

The strawberry is not botanically a berry. Rather, it’s an “aggregate accessory” fruit, meaning that the fleshy part is the receptacle that holds the ovaries. What we think of as seeds on the outside of the fruit are actually the ovaries, each one with a single seed inside it.

If you plan to grow strawberries, you should know that you’ll need about six plants per person to make the harvest worth the effort. But as you can grow quite a few plants in a small space with hanging pots and pyramid raised beds, that shouldn’t be a problem, even if you don’t have a large open land space for a garden.

Strawberries are perennials that are hardy in USDA Plant Hardiness Zones 3 to 10, depending on the variety. As perennials, they generally remain productive with good yields for three to four years. In cold climates, however, some people grow strawberries as annuals.

When growing them as perennials, you’ll need to match the variety to your climate, not just for cold-hardiness but also for chill hours. Chill hours are the hours when the temperatures are between 32 and 45 degrees F, and while most plants require 200 to 300 chill hours for best fruit production, others require as much as 1,000 hours.

Strawberries are typically self-fertile, depending on the cultivar and growing conditions, but are also pollinated by wind and insects as well.

And speaking of cultivars, there are a lot of them out there to choose from, more than 200.

Those 200-plus cultivars accounted for world production in 2017 of 9.2 million tons, led by China with 40% of the total. In the same year, the United States produced 1.6 billion pounds.

Over the last two decades, the U.S. strawberry industry has experienced an upward trend in per-person consumption. This is due to consumers being more interested in eating a healthy diet, an expanded domestic supply thanks to yield improvements, and imports allowing for year-round availability.

Clearly, we all love our strawberries, all 9.2 million tons of them!

A Brief History of Strawberries 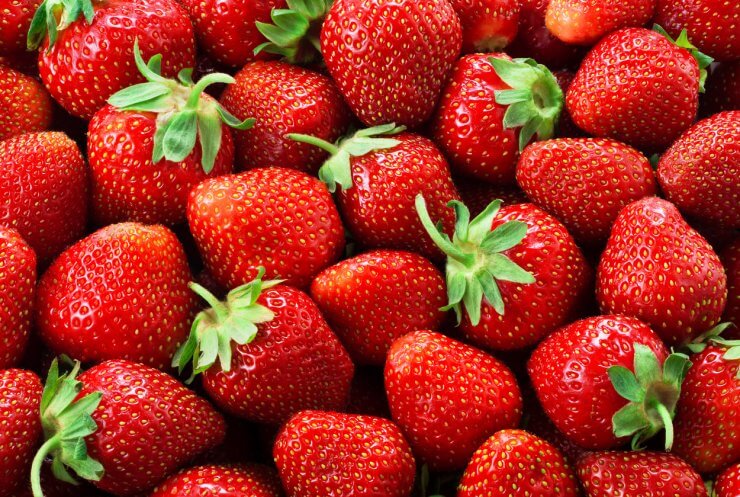 Many people assume the name “strawberry” comes from the popular growing practice of mulching the plants with straw. And no one is exactly certain of the origin of the name. But it may be a derivation of “strewn berry,” an early name for the plant that refers to the scattering of berries across the ground on runners. Other sources suggest that the name stems from the historical fact that English youths picked wild strawberries and sold them to the public stuck on grass straws.

Regardless of the origin of the name, there’s no doubt that today’s strawberry is the product of hybridization between two species: The Chilean wild strawberry and the Virginia wild strawberry, which were brought together in gardens in 18th-century France where they cross-pollinated.

The new, modern garden strawberry didn’t make its way back to the Americas until the late 18th century, but by 1825, strawberry production was well-established in the United States.

Before there were cultivated strawberries, wild strawberries captured the hearts of ancient Romans, who used it for both medicinal purposes and as a symbol for Venus, the goddess of love, because of its heart shape and red color. In Europe, a 14th-century French king kept strawberry plants, and in the early 15th century, monks were using the strawberry in illuminated manuscripts. The entire plant was used to treat depressive illnesses.

By the 16th century, cultivation of the strawberry was more common, being used for its supposed medicinal properties. Thomas Wolsey in the court of Henry VIII is credited with first combining strawberries and cream—still an English favorite—and then came the French discovery of the benefits of hybridizing the two wild strawberries from the Americas.

From ancient Rome to the modern world, the strawberry has become the most popular berry in the world. And it’s no wonder with their delicious flavor—and the popularity of growing them at home!

Did you know about the history of strawberries? Are you excited to try growing them? Let us know what you think.