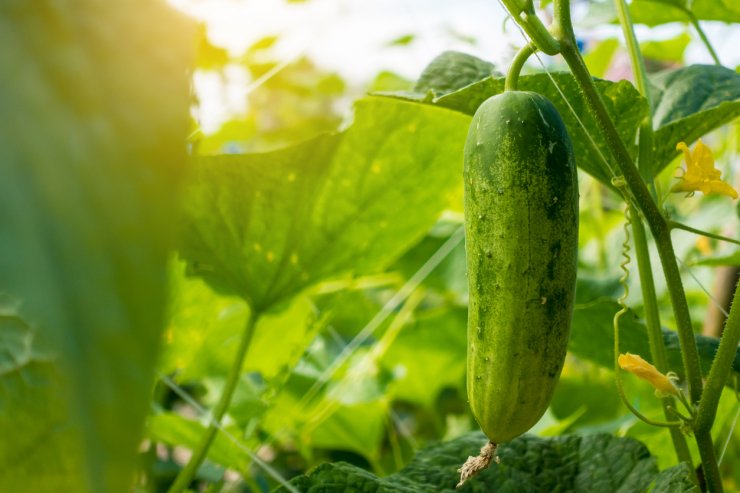 A single cucumber in the garden.

Cucumbers come in two main types: slicing and pickling. Slicing refers to cucumbers you cut up for eating plain or in a variety of dishes. Pickling cucumbers are generally smaller and are best for turning into pickles. But many growers break out a third type—specialty. Here’s more information about the different types:

Pickling cucumbers are shorter, with drier flesh that soaks up the brine yet still stays firm. Pickling cucumbers tend to have bumpy or spiny skins that are crisper than slicers. Many pickling varieties are versatile and can be eaten fresh or pickled. Popular picklings include Gherkins, Double Yield, and Boston.

Specialty cucumbers are plants that are visually unusual or have uncommon qualities. For example, did you know there are round, yellow cucumbers? They’re called Lemon cucumbers—they have a slightly sweet citrus taste and look like small, pale melons. The Painted Serpent cucumber sports light and dark green stripes and has a melon-like taste with slightly fuzzy skin. Burpless cucumbers are also considered specialty. They are bred with no or reduced levels of cucurbitacin, a compound that causes bitterness and can lead to gassiness. 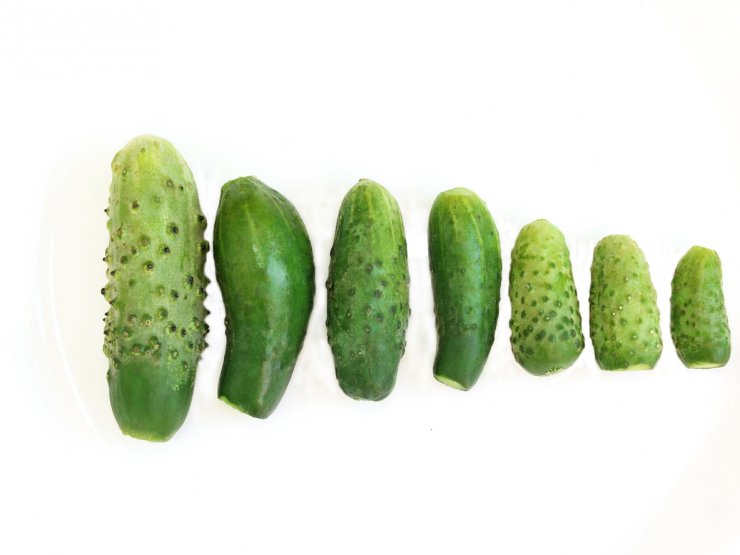 A variety of cucumbers.

Cucumber Harvesting Bonus Tips: Cucumbers have a long growing season, and the fruits ripen at different times on the vine. Cucumbers grow fast, so be sure to check your plants daily once they start to produce: cukes left too long on the vine will turn bitter. A cucumber is ready to pick when it’s the right size and shape for its variety. Most pickling cucumbers should be harvested when they’re 2 to 3 inches long, while many slicing varieties can reach 2 to 3 feet!

Cut the cucumber from the vine using a sharp knife or pruners and leave a small length of stem—about 1 inch—to keep the end from rotting while stored. Never pull or twist the stem. You may want to wear gloves while harvesting cucumbers as some of the skins can be prickly. Cucumbers are best eaten within two days of picking, but they will last in the refrigerator for about a week.

Do you grow different varieties of cucumbers? Which ones do you grow? Please tell us how you use your cucumber harvest—and what you do with all the excess cucumbers. Do you give them away to family, friends, and neighbors to enjoy?