Where to Plant Your Cucumbers 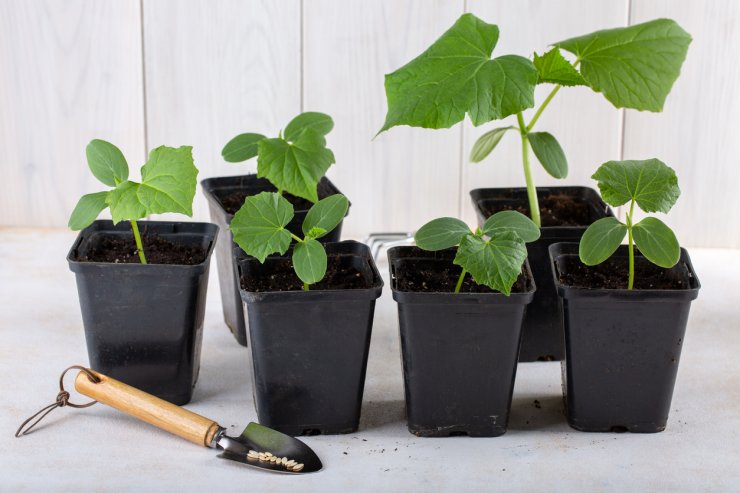 When first planning your cucumber garden, you should consider the type of land you can tend. If you have a large outside plot of land with the right soil and the right conditions for watering and draining, you might have the ideal situation for planting directly in the ground. If, however, your soil is too sandy or not the right composition, you might want to consider planting in raised beds or in containers or pots. Converting your open-land plot into a usable garden might involve a lot of time and effort better spent considering raised beds or containers. 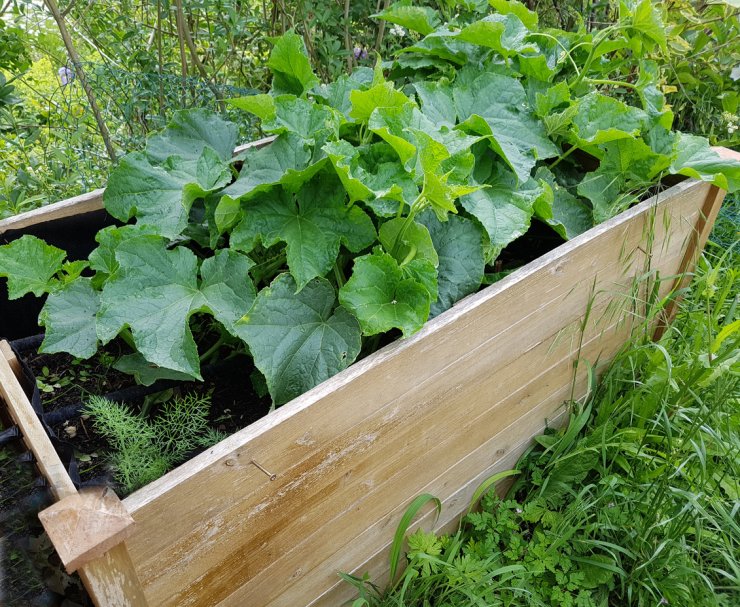 Cucumbers growing in a raised bed.

Creating raised beds for your cucumber garden can be a lot of work the first time you set up your beds, but having raised beds allows you more control over your growing environment. You’ll discover that watering, irrigation, weeding, and even harvesting are much easier, with items closer to your reach and contained in a space that is more manageable than growing in open land. And once you create your raised beds the first time, subsequent years will be easier.

To create nicely contained raised beds for your cucumbers, enclose your raised beds with wooden sides at least 8 inches wide—this will help keep the bed together, be tall enough, and make irrigation easier, too. With raised beds, your garden is less likely to contain the seeds of weeds that are often found in garden soil. You’ll minimize the incidence of weeds overall, which will save you time and effort later. Weeding itself is much easier with raised beds, because you don’t have to get down so far on the ground to remove weeds.

Annual Tip: To optimize the soil in your raised beds, be sure to amend your soil with composting at least once a year—otherwise, your soil can become less productive for your plants.

Growing Cucumbers in Containers or Pots 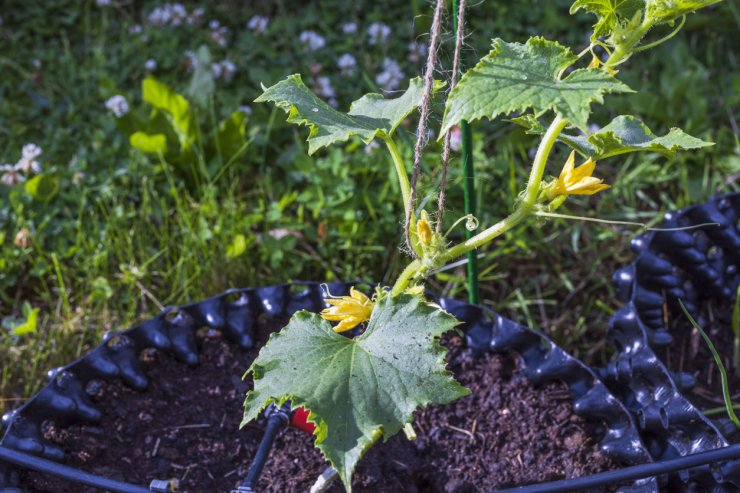 If you don’t have the space for growing in open land or in raised beds—let’s say you live in an apartment with no land of your own for a garden, for example—you can grow cucumbers in containers or pots on your balcony, porch, patio, or deck.

One great advantage to container gardening is the ability to move plants around more easily to maximize their exposure to the sun.

Tip: If you have trouble moving pots around, because they’re too heavy or too bulky, try putting your pots on slightly raised rolling casters so you can more easily move them around your space.

The potted patio cucumber is not uncommon—you just have to know the right way to do container gardening for cucumbers. For example, while weeding is much easier with containers, cucumbers need a lot of water, so you’ll have to water and irrigate your plants regularly to keep them happy and healthy. Without enough water, the fruit will turn bitter. Plus, containers can lose important soil nutrients throughout the season, so you might need additional fertilizer.

Bush cucumbers work best for container gardening. Because their vines are short and they produce fewer fruits, you won’t need to trellis them. Let the vines gently drape over the side of the pot, or use a tomato cage to keep the plant in check. Bush cucumbers can be grown in hanging baskets, but choose a basket that’s at least 12 to 14 inches in diameter.

Vining plants can also be grown in containers, but you’ll need to use really big pots or containers—at least 18 inches in diameter. The container should hold at least 5 to 7 gallons of potting mix and have good drainage. You’ll also want to provide a trellis or other support so the vines don’t wander all over the patio or deck.

If you’re starting from seed, plant three cucumber seeds to a pot, half an inch deep.  (If you’re starting your seeds indoors, start three to four weeks before you plan to plant them.) Water well and keep the soil moist until the seeds germinate. Once the seedlings are established, remove one or two, leaving the strongest in place, depending on the cucumber variety. Consult your seed packet for details on growing and harvesting that particular variety.

How do you grow your cucumbers—in open land, in raised beds, or in containers? Why do you prefer your method? Please tell us your tips and tricks for creating an awesome cucumber garden.