How to Identify, Treat, and Prevent Blossom-End Rot 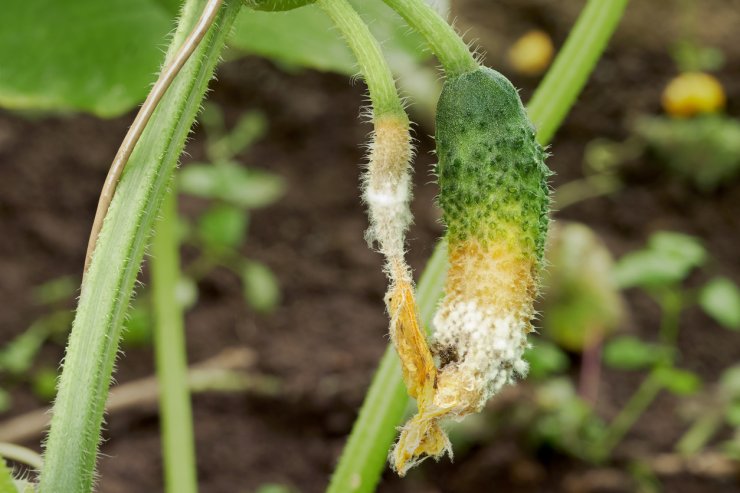 Blossom-end rot (BER) is a nutrient deficiency that can affect many garden plants, including cucumber fruit. Stems and leaves will show no symptoms.

Cucumbers with BER develop a dark, almost black spot on the end of the cucumber where the flower used to be. The spot may look cracked or sunken, and may show fungal growth. The rest of the fruit may appear healthy, and BER may affect only a few of the fruits from the same plant, or all of them.

How can you control and treat BER?

Blossom-end rot cannot be reversed on a cucumber once it’s set in, but you can take these steps to slow BER or stop it:

Do your cucumber plants suffer rot? Do you have any great tips about how to avoid cucumber rot? Please tell us how you deal with cucumber rot in your garden.