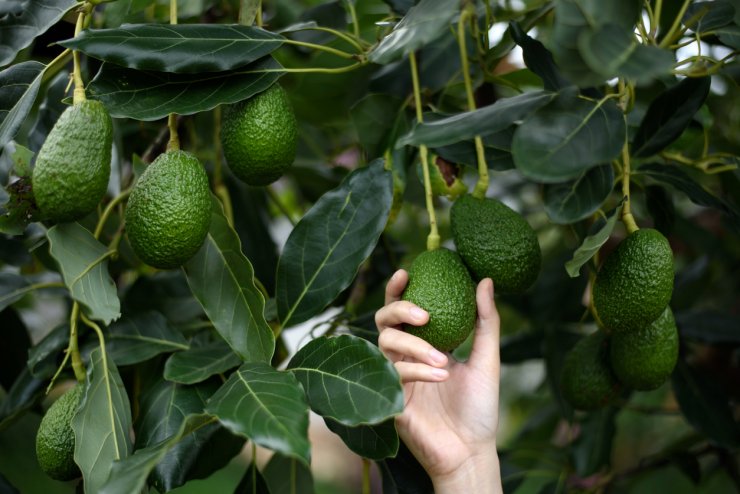 Avocados are millennials’ favorite fruit, and adored by the rest of us, as Mexican food has become ever more popular. It’s a sign of fine dining at a Mexican restaurant if the servers make guacamole right at your table! Hard to believe that this beloved fruit (yes, botanically speaking, an avocado is a fruit) is a fairly recent entrant into Americans’ food preferences.

Avocado trees (persea americana) are native to the Americas, as their name suggests—specifically the south-central part of Mexico. They are now cultivated commercially in tropical and Mediterranean climates around the world.

And therein lies the bad news for many Americans: Avocados can only be grown in Florida, Hawaii, California, and deep-southern Texas, that is, USDA Plant Hardiness Zones 9b to 11. Avocados are a tropical-weather fruit, only grown in other regions in pots inside greenhouses.

But if you do live in one of these regions, you get a bonus: Avocado trees are particularly striking in the landscape, and make an elegant tree that can be pruned to any height, even if you never get avocados from them (more on that later). They are considered to be an ideal screening plant for other species as well.

You might even want to consider planting two trees for pollination. Although they’re self-pollinating, you get a higher yield from each tree if you plant in pairs. That’s because of their unusual pollination method, which involves the tree’s flowers having both male and female parts. (Only one of the genders is active at a time—more on this process later, too.)

Once you plant a tree, it will take three to five years to deliver fruit. The avocado is technically a single-seed berry, which is what makes it a fruit.

With more territory boasting the correct climate for avocados, Mexico, birthplace of these yummy fruits, is by far the world’s largest avocado-growing country.

A Brief History of Avocados 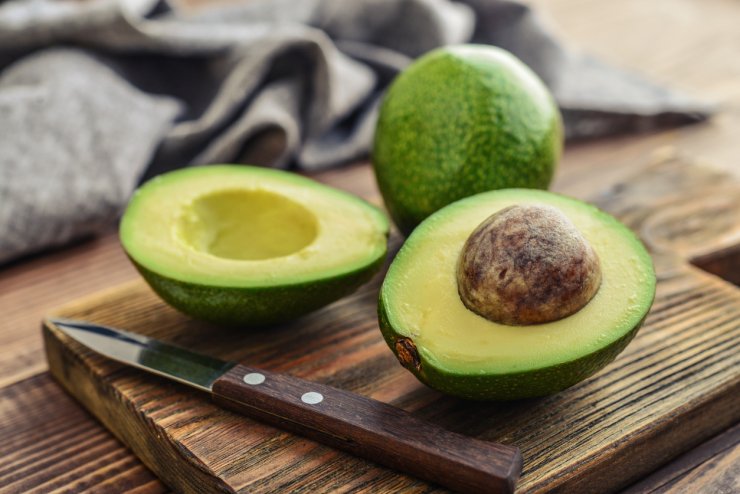 Avocado on cutting board.

Avocados were discovered by the Mesoamericans, and have long been a part of the Mexican diet. Evidence of avocado consumption has been found by archaeologists in central Mexico dating back almost 10,000 years.

Of course, at that point people were simply gathering and eating wild avocados, but domesticated cultivation is believed to have begun about 5,000 years ago, and tribes such as the Inca, the Olmec, and the Maya grew avocado trees.

In fact, the word “avocado,” which is an invented English word, is thought to come from a native word ahuacatl, which means “testicle” and probably refers to the shape of the fruit. It may even have been thought of as an aphrodisiac!

The first Europeans to eat avocados were Spanish explorers in the 16th century. They are mentioned in a book written by a Spaniard in 1519. By that time, avocados had spread through Central America and into parts of South America. Unsurprisingly, the Spanish brought avocados back to Europe with them and sold them to other countries.

George Washington is among the people who described finding and eating avocados, or, as he called them, “agovago pears,” in the West Indies when he visited Barbados in 1751. The name we know, avocado, was supposedly coined by an Irish naturalist, Sir Hans Sloane, in 1696. He also referred to the “alligator pear-tree.”

The first avocados in the U.S. were planted in Florida in 1833, but they didn’t become a commercial crop until the early 1900s. They were popular in the states where they were grown—California, Florida and Hawaii—but didn’t catch on anywhere else until the 1950s, when they became popular for putting into salads.

In California, the fruit was still referred to as ahuacate until 1915, when the California Avocado Association began calling them avocados. 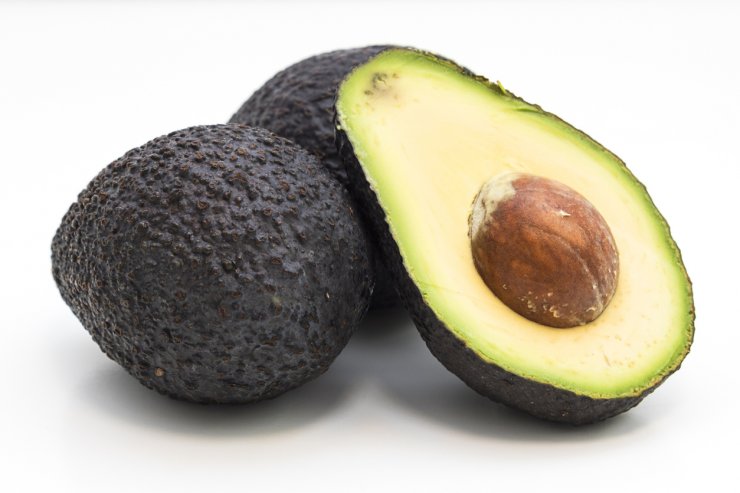 There are three main “races” of avocado trees: Guatemalan, Mexican, and West Indian, first labeled as such in the 15th century by the Spanish. But the most popular type of avocado in the U.S., the Hass, is a Guatemalan-Mexican hybrid that’s purely an accident of nature.

In the late 1920s, a letter carrier and amateur horticulturist, Rudolph Hass, planted some seedlings, and as they grew, his children noticed that there was one unique tree among his crop.

Hass initially wanted to cut it down, but his children said they preferred the fruit from the odd tree, even more than the Fuerte avocados he was growing, which was the most widely-cultivated variety at the time.

Naturally the mailman named the tree for himself. He then struck a deal with a commercial grower, and today, Hass comprises 80% of all American-grown avocados, all of which are direct descendants of the accidental “Mother Tree.”

Were you aware of this history of avocados? If there’s anything else in their history that we should share, please tell us in the comments below.