Use this Glossary to get quick definitions or explanations of terms and concepts used in this collection, or terms that you might encounter while managing your own garden.

Aggregate Fruit: An aggregate fruit is formed by the clustering of smaller fruits called drupelets.

Apache: A thornless blackberry bush variety that is erect, meaning it grows upright, and is generally sturdy and self-supporting.

Arapaho: A thornless, erect blackberry that produces fruits that are glossy black and firm, containing smaller seeds than most other varieties.

Chester: A trailing blackberry that is resistant to diseases such as blight that afflict other blackberries.

Drupelet: A fleshy fruit with thin skin and a central stone containing the seed.

Floricane: The life cycle of most blackberry canes is just two years.  During the second year the primocanes become floricanes and produce fruit.  After fruiting, floricanes die back so the cycle can begin again.

Navaho: A blackberry plant with great potential as the first upright, thornless blackberry having the best flavor of any blackberry.

Primocane: The life cycle of most blackberry canes is just two years.  The first year of this cycle is when the primocanes grow. It is just vegetative growth, no fruit. 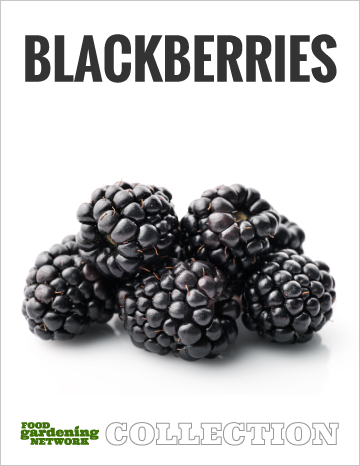