Interestingly, in one of the earlier cauliflower growing stages, the vegetable looks very much like broccoli. And even though white cauliflower has been the norm in grocery stores for years, varieties of this nutrient-dense vegetable are purple, yellow-orange, and green. In fact, the only reason white cauliflower is white is that the heavy green leaves prevent the development of chlorophyll.

Cauliflower doesn’t need to be so confusing, though. Just knowing what to expect can often be enough to make us feel more confident as gardeners. So, with that in mind, here’s what you can expect throughout the life of your cauliflower.

The 6 cauliflower growing stages every gardener should know 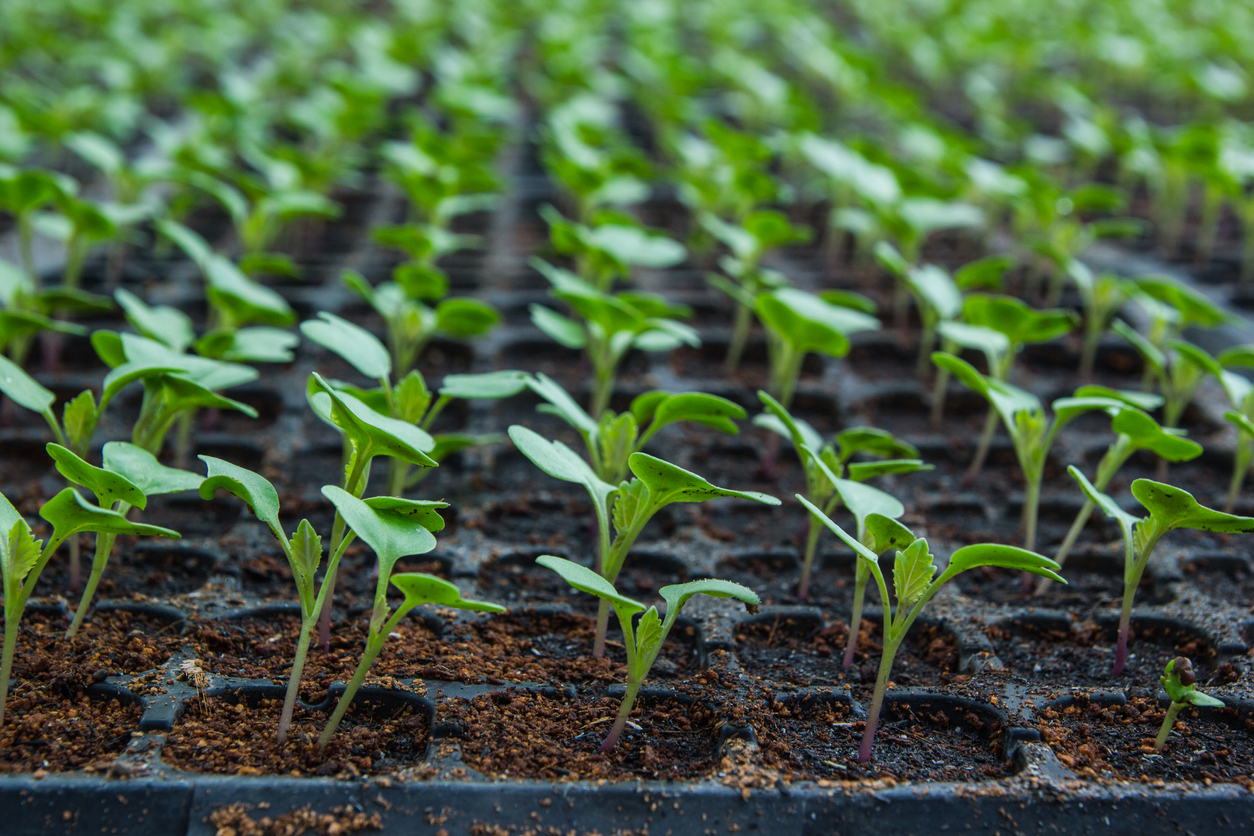 1. Seed germination. Ah, the first stage of a new vegetable. Because it’s a cooler weather plant, yet likes plenty of sunshine, many gardeners find that starting seeds indoors is ideal. Cauliflower seeds prefer temperatures around 70 degrees Fahrenheit to germinate, though they will sometimes germinate in temperatures as low as 40 degrees Fahrenheit. They generally need four to seven days to emerge, but may take up to two weeks. 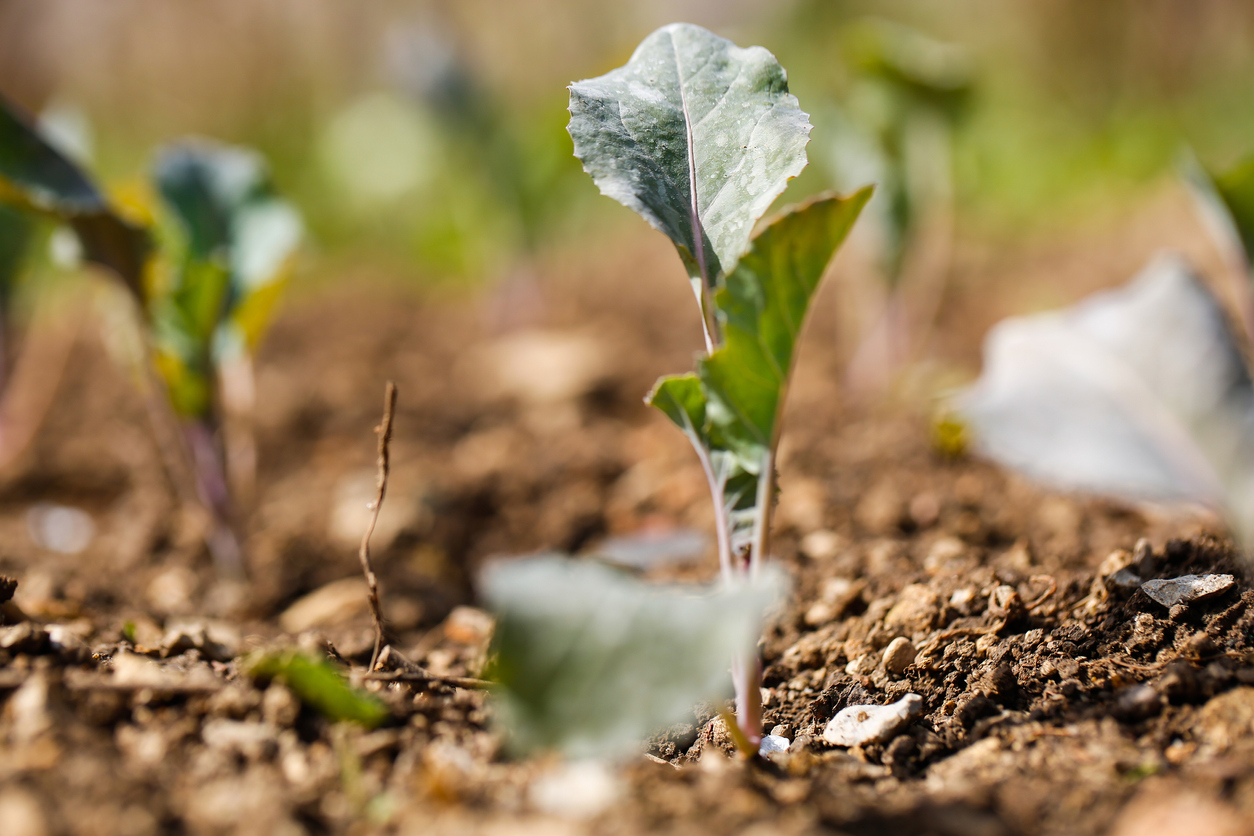 2. Seedlings. Cauliflower seedlings can be quite delicate. Use grow lights to help them develop and keep the temperature around 60 degrees Fahrenheit. Once they have four true leaves, you can begin hardening them off and transplant them outdoors. 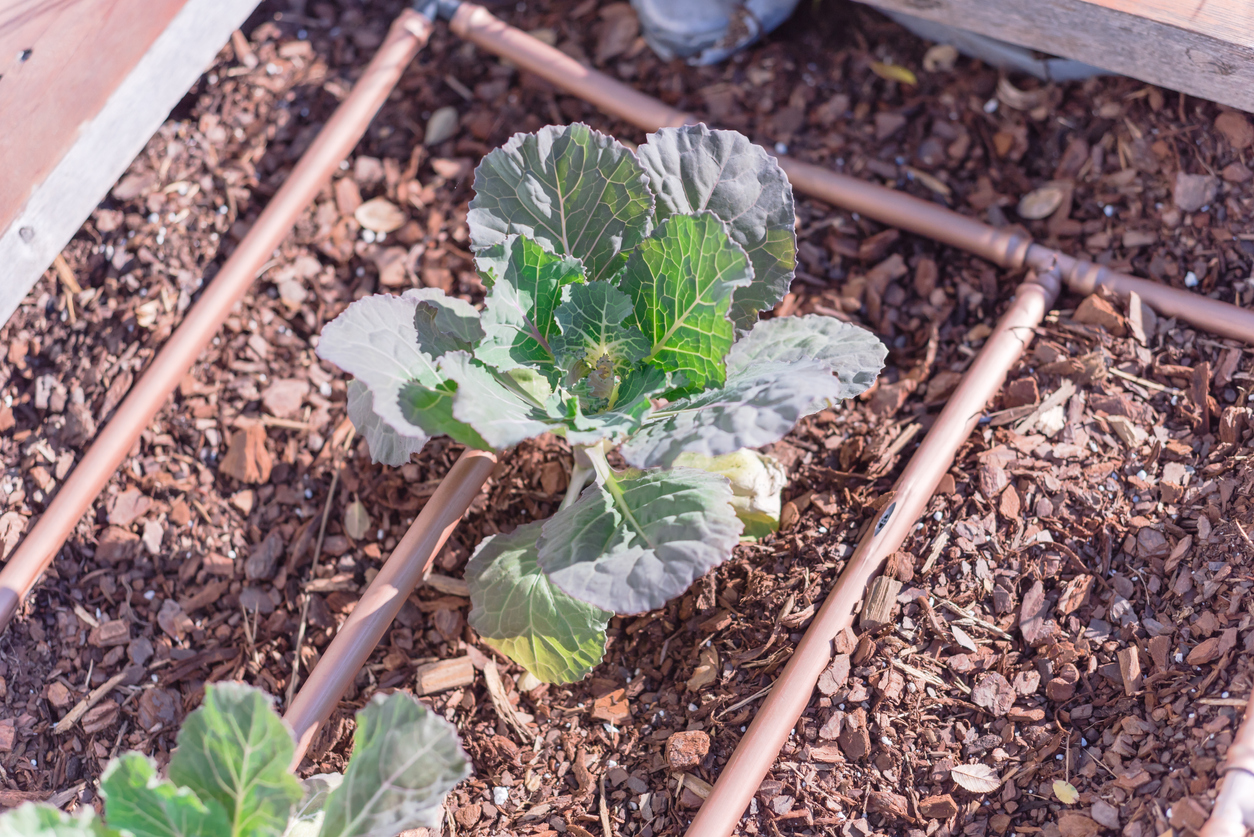 3. Foliage growth. Cauliflower likes a steady supply of water, so as the foliage is growing, consider using a thick layer of mulch to keep the soil moist. Most sources recommend giving cauliflower some additional fertilizer. One suggestion is using a phosphorus-rich 33-0-0 starter fertilizer at transplant time, with an additional side dressing three weeks later. Side dressing is applying fertilizer around the plant, just outside the largest leaves, to avoid burning them. 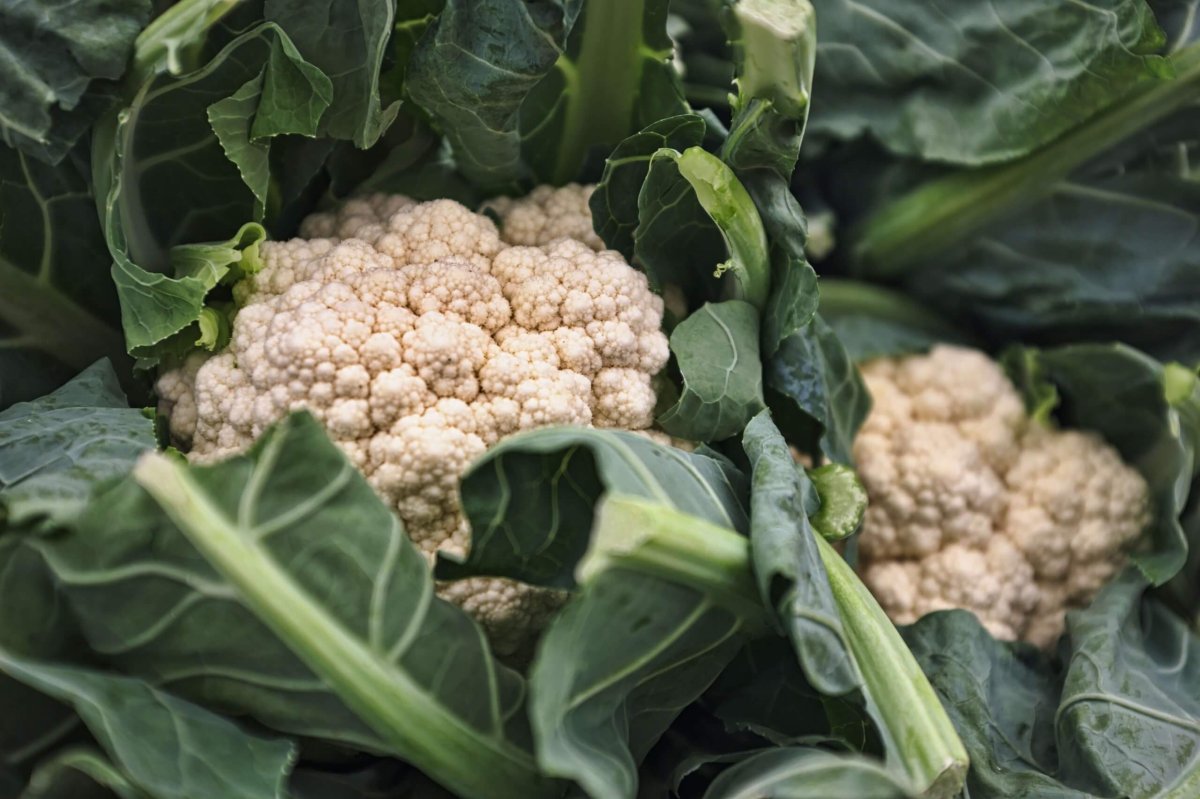 4. Cauliflower head growth. This is one of the cauliflower growth stages where things get really fun. The cauliflower head is known as the curd, and it’s actually the undeveloped flowering stalk of the plant. Steady, cool temperatures between 50 and 70 degrees Fahrenheit, along with steady moisture, produce dense, flavorful curds.

This is also the stage where blanching is important. In this case, blanching is when the cauliflower leaves cover the head, resulting in a white vegetable. Some varieties are self-blanching, but you may need to assist with other varieties. Simply pull the outer leaves up so they cover the curd and secure them with a rubber band or string. At this point, your cauliflower should be about ready to harvest. However, if you want to save cauliflower seeds, you’ll need to skip the harvest of at least a few plants, which is the next of our cauliflower growing stages. 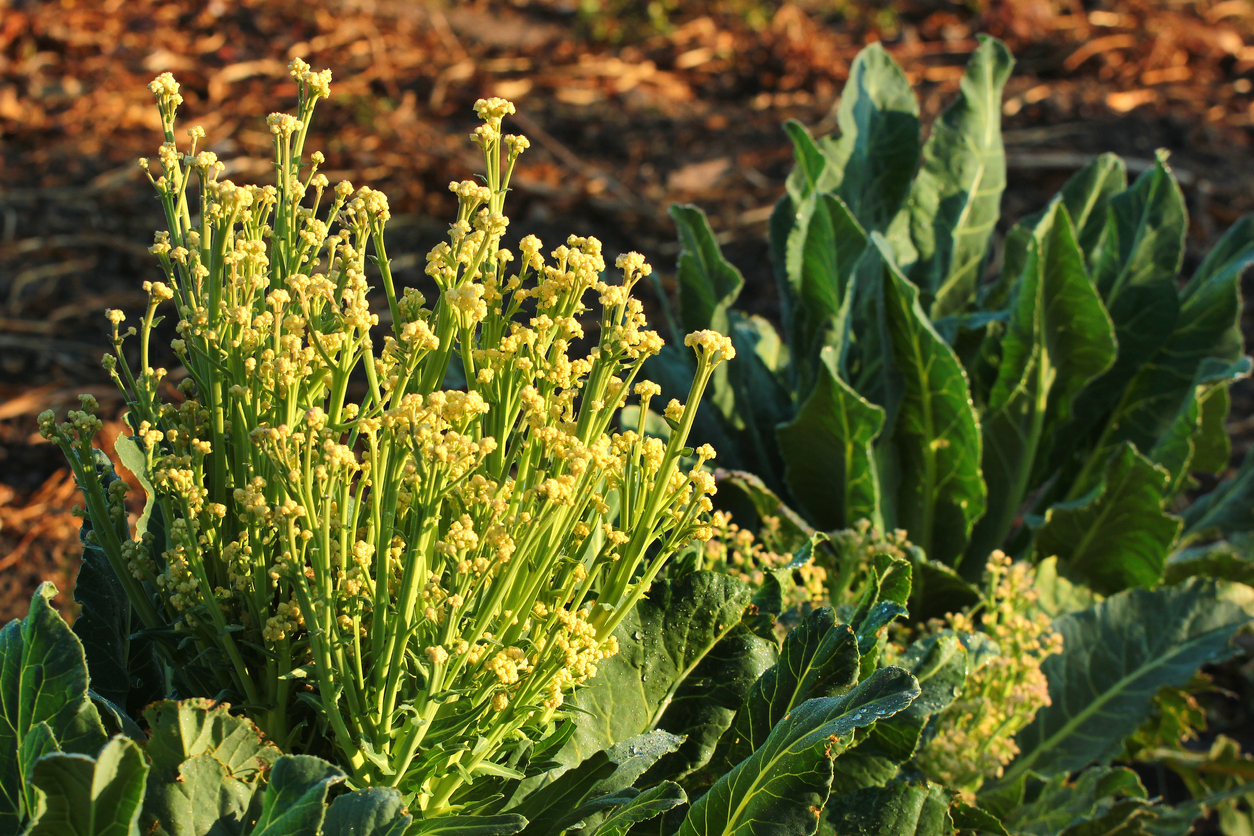 5. Flowering or bolting. Flowering could mean your cauliflower is stressed and something has gone wrong. It can also simply be your plant’s natural cycle, and it’s attempt to reproduce. If you opt not to harvest your cauliflower, the plant will flower in its second year. At that point, you can collect seeds. 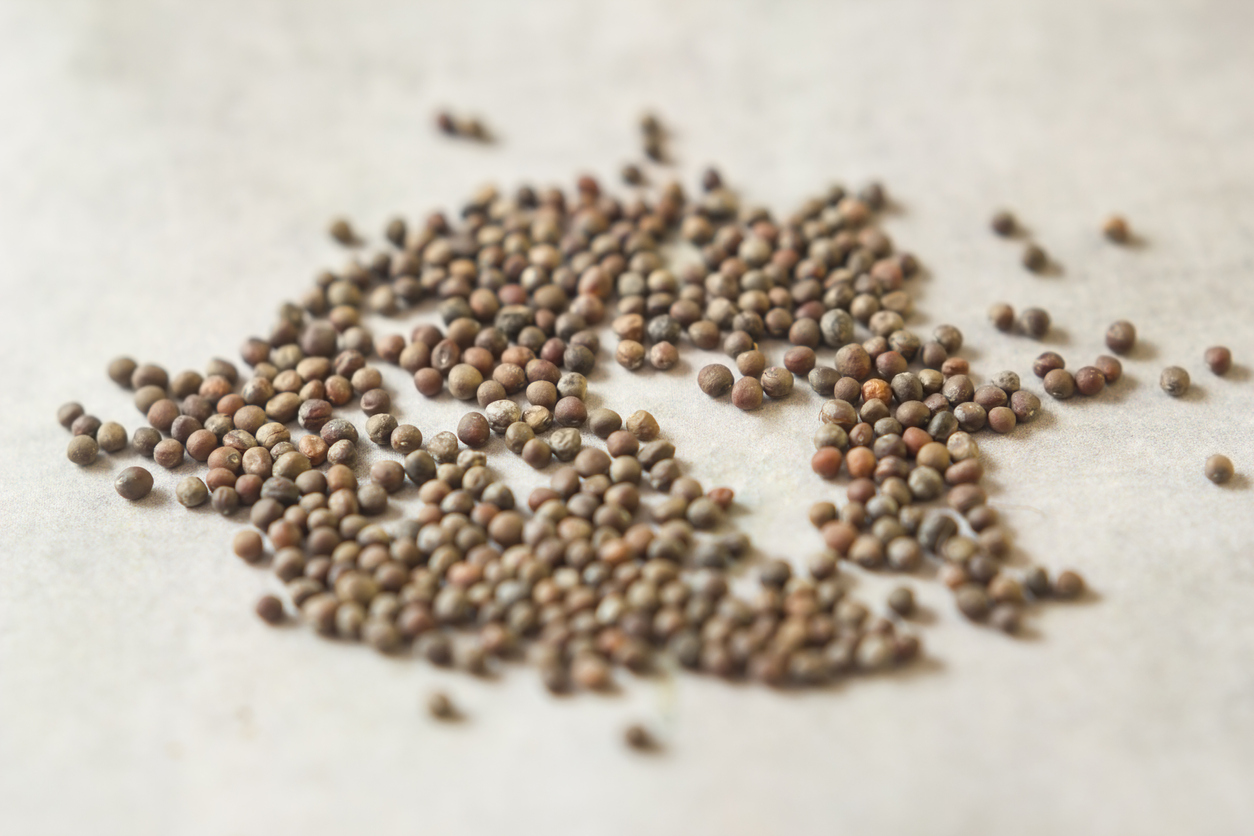 6. Producing seeds. You’ll need several unharvested cauliflower plants to produce seeds, as the plants aren’t self-fertile. Once your cauliflower flowers, allow the seed pods to dry and turn brown. Then carefully cut the branches and rub the pods between your hands to extract the seeds. Be aware that the seed pods may be brittle and crumble easily. If not, you may also need to smash the pods on a hard surface to extract the seeds. Once you have the seeds, place them in an airtight container and store them in a cool, dark, dry place. Cauliflower seeds can be viable for a few years.

If you liked this article on cauliflower, we have a whole gardening guide on cauliflower that you will love. Be sure to check out Marvelous Cauliflower: All You Need to Know about this Cruciferous Veggie, from Planting to Eating. Learn about the different types of cauliflower, how to plant and care for them, what to do about common cauliflower pests and diseases, and how to blanch and harvest your cauliflower. Plus get several mouth-watering, delicious recipes highlighting cauliflower, like Cauliflower Fritters.