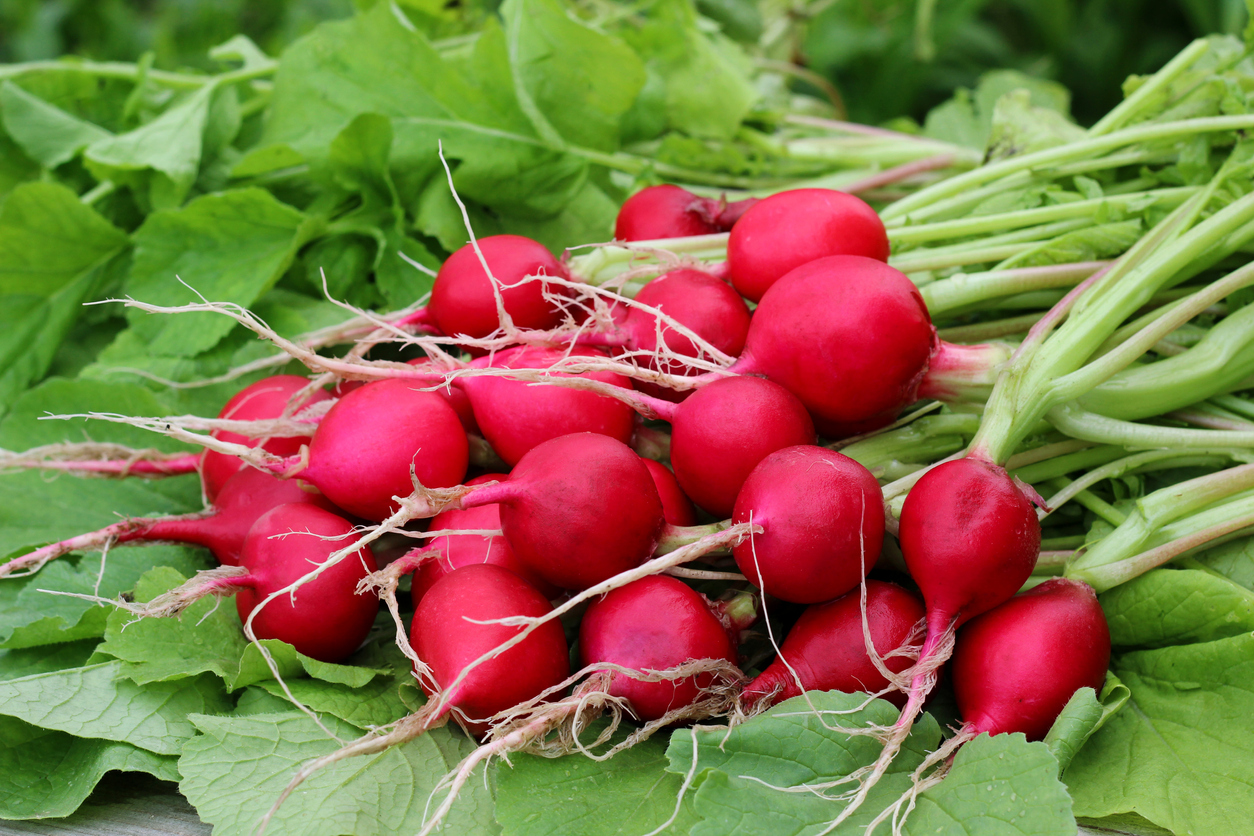 Radishes (Raphanus raphanistrum subsp. sativus) are a fast-growing root vegetable that can be consumed in whole, from the roots to the leaves. They belong to the family Brassicaceae, a mustard family of flowering plants that also includes bok choy, Brussels sprouts, and broccoli.

Radishes are crunchy, mild to spicy in flavor (depending on when they’re harvested), and are often eaten raw, although they are delicious pickled or seasoned like home fries for a less starchy side dish.

The best part about radishes is that growing them is so easy—even a child could do it! They’re the perfect starter plant for new gardeners, impatient gardeners, and children, who often fall into both categories.

In fact, radishes belong to the Raphanus genus, which is Greek for “quickly appearing.” When you grow radishes, you know you’re likely to get a no-fuss crop that you can sow, pull, and then sow again all season long from early spring through fall, because they only take three to five weeks to mature. They can tolerate frost well, and if you sow them every two weeks, you’ll have radishes all season.

A Brief History of Radishes 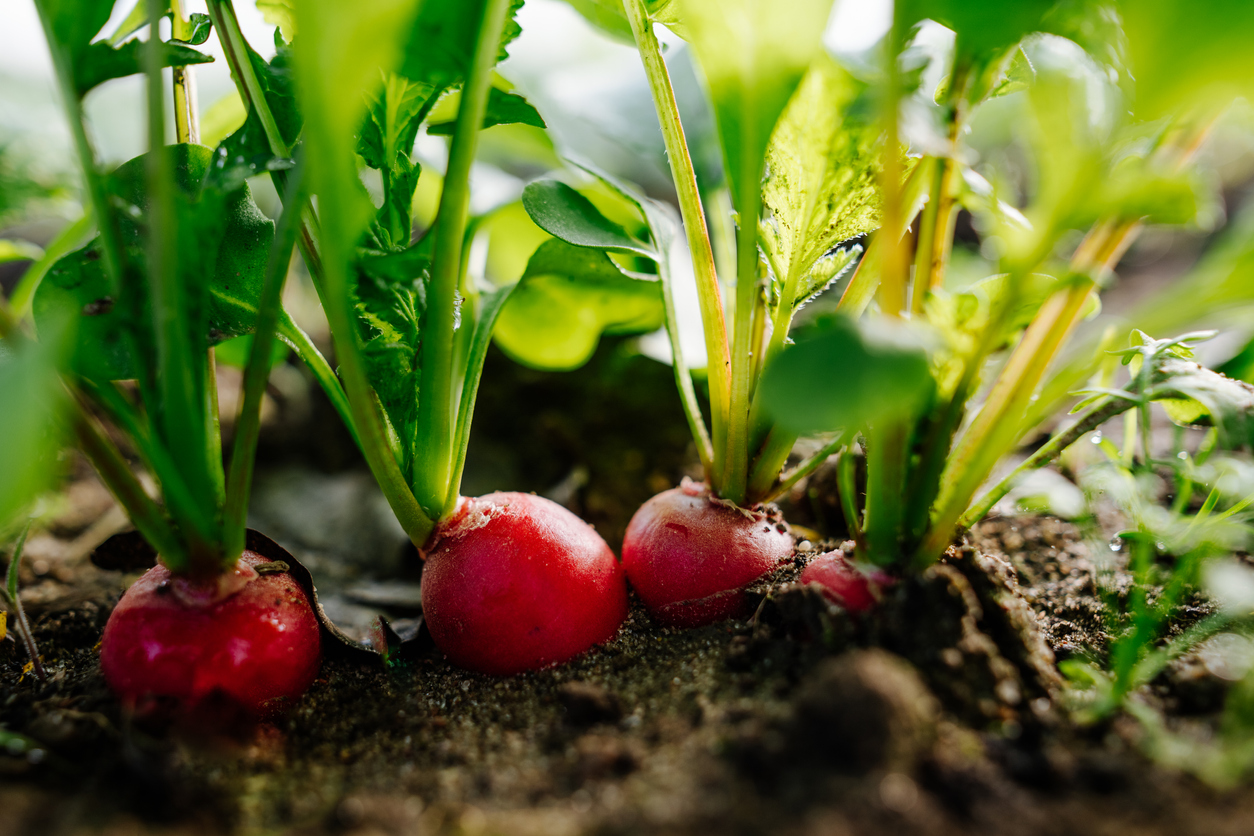 Radishes growing in the garden

Radishes were originally cultivated in ancient China, which has been proven due to the numerous amount of wild radishes that grow there. From China, radishes spread westward, later becoming an important part of ancient Egyptian, Greek, and Roman cuisine.

The Greeks honored the radish so much that they offered gold radishes to the god Apollo. History also shows that radishes were widely grown in ancient Egypt during the time of pharaohs, before the pyramids we know today were built.

The Romans wrote about radishes extensively, describing them initially as small and round, much like ours, but progressing to longer, heavier types in later texts.

The radish did eventually become popular in the rest of Europe, but it didn’t start spreading there until much later. It was first documented in Germany in the 13th century, but by 1544, a botanist claimed they were growing 100-pound radishes. Small radishes became popular in Europe and Great Britain by the later 1500’s.

Soon after this, radishes became popular in North America. They were first documented as grown in Mexico in the year 1565 and then cultivated in Massachusetts in 1629. The Americas were eager to develop new varieties, and by 1848 there were eight different varieties of radish.

The first radish seeds brought into Canada came from New York State in 1832. At the time, they were called ‘New York Turnips’. These early varieties had a round shape with long taproots and dark green leaves. In 1836, John W. Ryerson introduced the white radish variety, which was also known as ‘White Globe’ or ‘Red Globe.’

Radishes are now grown in almost every state in the U.S. Most radishes sold in grocery stores across the United States are grown in California and Florida, but Wisconsin-grown radishes are often seen in the fall and winter. Canada is one of the main producers of radishes in the world, particularly in Québec, Ontario, and British Columbia.

In China and Japan, radish is still a popular root vegetable, making up nearly a third of the vegetables grown. In these countries, Daikon radish is often pickled whole and is a culinary staple. In India, the Rat-Tailed radish reigns supreme, where it produces edible seed pods that can grow up to 12 inches. In America, White and Red Globe radishes are most common.

What else would you like to know about the history of radishes? Are you excited to try growing them? Let us know what you think.