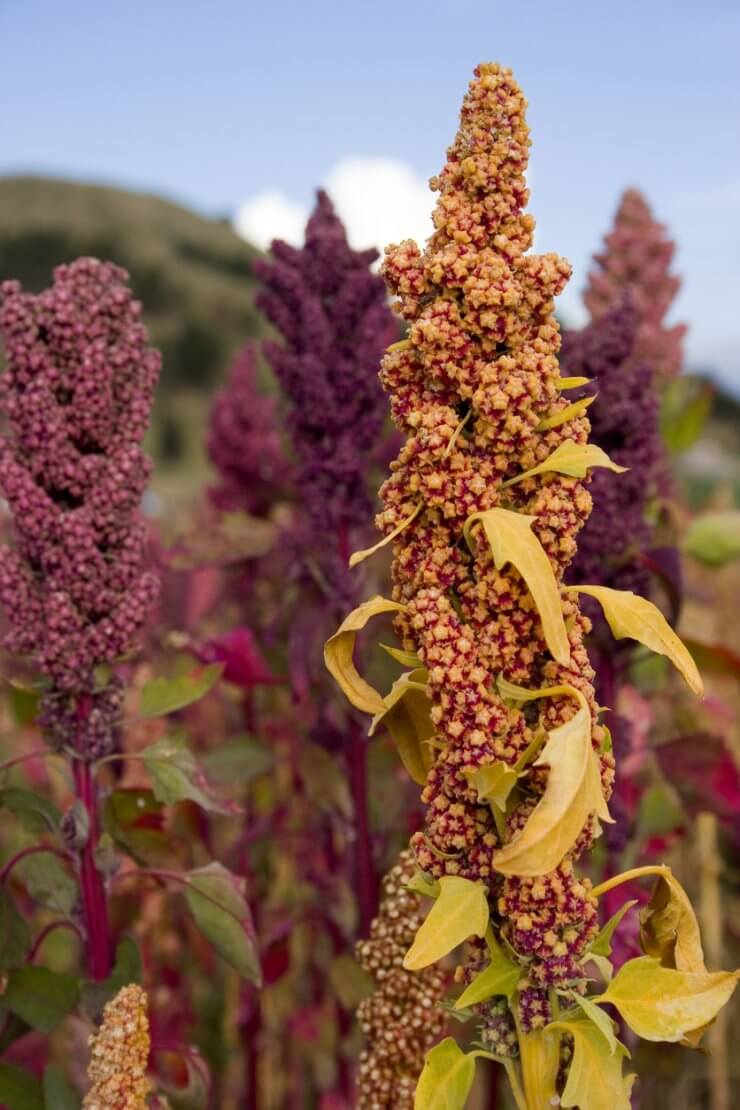 Quinoa comes in three main types: black, red, and white. Black-seeded varieties tend to remain very gritty when cooked, though they have an earthier, sweeter taste. Red quinoa is usually used in salads because it holds its shape better during the cooking process. White quinoa seeds and leaves are much better suited to cooking—this is the type most commonly found in the grocery store.

Black quinoa is harder than other types, so it usually takes a bit longer to cook. Not surprisingly, black quinoa has more fiber than red or white types, but the protein levels in all quinoa is basically the same. Black quinoa tastes slightly sweeter and earthier than red or white. It works well in salads, stews, or any dish that calls for some crunch. Black quinoa can be more difficult to find in grocery stores, so if you like it, it makes sense to grow your own.

Red quinoa has a hardier texture than white quinoa, but is not as gritty as black quinoa. Its texture holds up well to cooking and has a pronounced nutty flavor, making it perfect for cold salads and grain bowls. Red quinoa stays red after cooking, so you can use it to add color, as well as taste and nutrition, to a dish.

White quinoa is the most common type of quinoa. Despite its name, white quinoa is often buff, yellow, or even tan in color. White quinoa has a milder flavor than other quinoas and is softer, so it cooks up lighter and fluffier than red or black varieties. Choose white quinoa when you want a rice substitute, in breakfast bowls, or in baked goods.

Have you tried growing different types of quinoa? Which do you prefer and why? Please share your opinion.