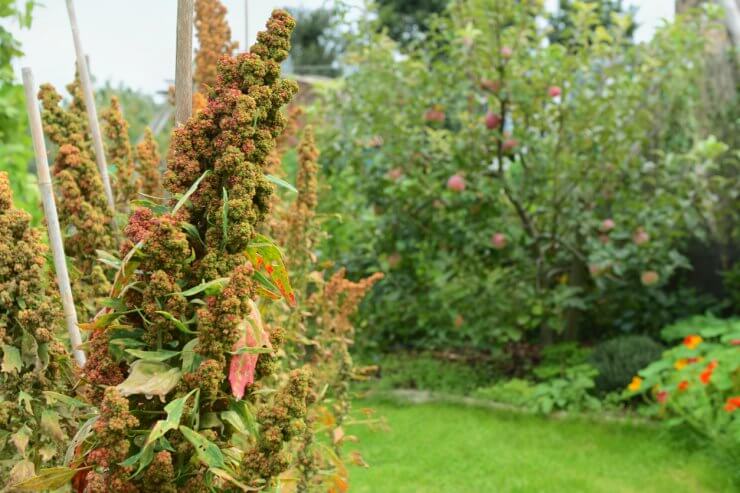 Quinoa growing in a garden

Quinoa is considered a superfood: it’s low in calories, high in fiber and protein, naturally gluten-free, and chock-full of nutrition. Whether you’re vegan, vegetarian, or an omnivore, you can enjoy the nutty taste of this crop in hundreds of delicious ways—and it’s so easy to grow your own! Quinoa’s flavor and texture adapts to a wide variety of food pairings and ethnic spices, and it’s so easy to prepare. What more could you ask of a home garden crop?

Though this ancient plant is known as ‘The Mother of All Grains,’ quinoa is not actually a grain! It’s a seed, known as a pseudo-cereal because it acts like a grass or grain in the way it’s grown and eaten. That’s why you can eat this ‘grain’ while avoiding gluten. And the leaves are edible, too, cooked or fresh.

Quinoa (Chenopodium quinoa) is a flowering annual plant from the amaranth family and is related to spinach and beets. Quinoa’s origins can be traced back at least 5,000 years to the Andes region of South America, where it was originally used to feed livestock.

While there are more than 100 varieties of quinoa, this collection features six popular varieties that will give you some diversity in your harvest to help stock your kitchen with different quinoa for different recipes. All quinoa plants fall into these scientific hierarchy classifications:

A Brief History of Quinoa 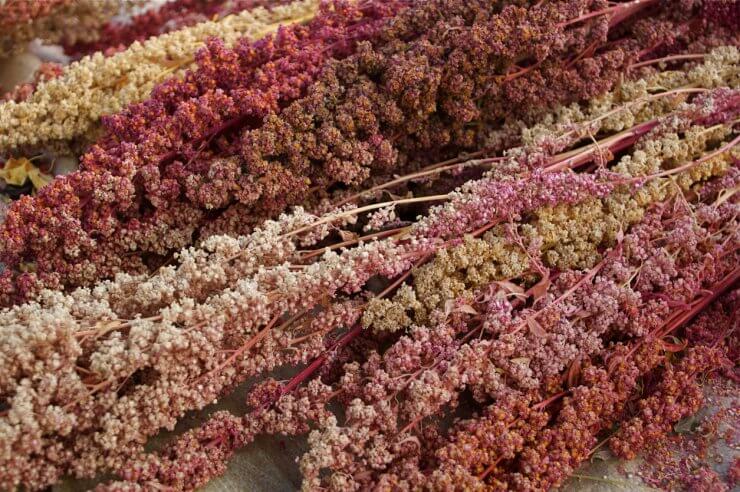 Quinoa was a sacred crop to the Incas who called it ‘the mother of all grains,’ or chisaya mama. Legend has it that the Incan emperor would ceremoniously plant the first quinoa seeds every year. Like many of the ancient grains, quinoa slipped into obscurity in 1532 with the arrival of the Spanish. Explorer Francisco Pizarro, in his resolve to destroy Incan culture, had quinoa fields demolished. Only small amounts survived high in the mountains. In the 1970s, quinoa began to experience a resurgence, as did the celebration of the native cultures that first cultivated it. Today, the cultivation of quinoa has reached more advanced levels than ever.

Quinoa is rich in protein, fiber, B vitamins, and many minerals. Because of its stellar nutrient profile, the United Nations has recognized quinoa as a significant tool in the fight against world hunger and malnutrition. The Food and Agriculture Organization named 2013 “The International Year of Quinoa” to celebrate quinoa and the indigenous communities that produce it.

Please tell us about the unique ways you celebrate quinoa!