It’s a little bit spicy, a touch tangy, and definitely sumptuously savory. It’s the Cinco Star Chicken Lime Soup. I’ll admit, until I learned more about vegetables and foods, I assumed Mexican food meant tacos and burritos with lots of beans, rice, cheese, and spices. Obviously, that’s just the very beginning of Mexican cuisine, especially when you consider the types of vegetables, fruits, and herbs that grow in that part of the world. This Mexican-inspired soup is just the recipe to prove it.

Like many soups, this one’s easy to customize to your liking. Add more chilies if you like it spicy or leave them out altogether if you’re trying to feed toddlers and folks who don’t care for any spice in their food. The same is true for the lime. If you like your soup on the tangier side, go ahead and add some more lime.

You only need about 10 minutes of prep time to get this soup going, but it simmers on the stove for an hour, meaning your kitchen will smell ah-maze-ing! Not only does it smell great, but the chicken ends up super tender. It nearly melts in your mouth.

You won’t need much for this chicken lime soup, either. Aside from the chicken and broth, it just calls for a can of RoTel tomatoes with chilies, diced onion, celery, jalapeño, minced fresh garlic cloves, and some cumin and fresh or dried oregano (fresh oregano will liven up the flavor if you have it handy). Finish the soup with some freshly-squeezed lime juice and chopped cilantro and you have a meal that everyone is sure to love.

Serve this soup with a bowl of salty tortilla chips and some homemade tomato salsa for a light lunch that’s perfectly nutritious and more than plenty delicious. 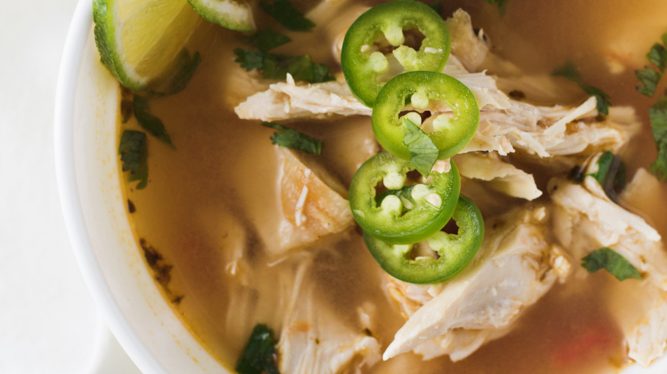 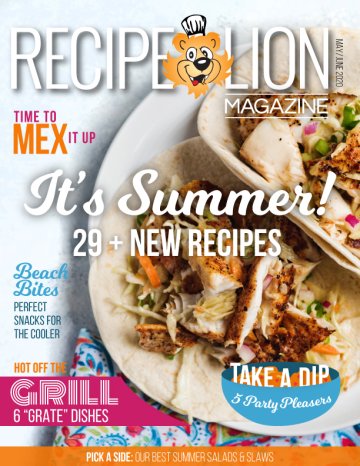