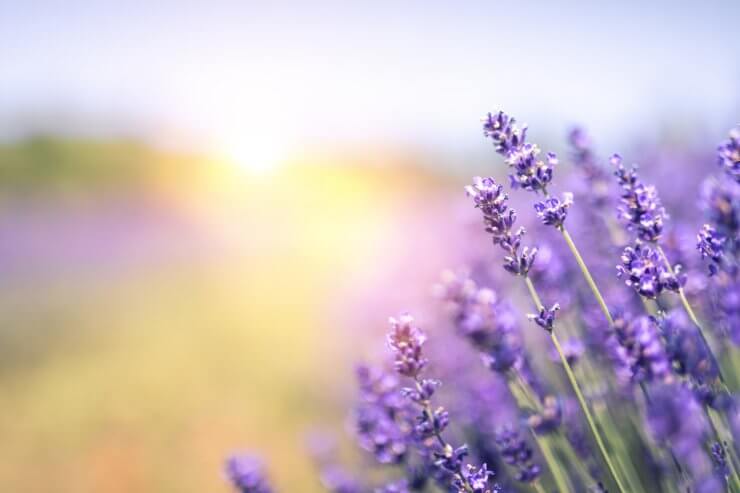 Lavender is a plant that will reward your benign neglect with beautiful blossoms. Lavender is considered the Queen of Herbs for its delightful fragrance and enchanting flavor. Even better, lavender is a perennial, so it will give you sweet-smelling flowers year after year.

Lavender is among the most fuss-free of plants. Culinary lavender is cold-hardy, drought tolerant, and has very simple soil and water needs. It’s the perfect “less is more” plant—from its growing needs to its culinary uses.

You can grow lavender as part of a larger herb garden, or even as a container planting, as long as you have plenty of sunshine to keep it happy. And growing lavender couldn’t be easier—you have a wide range of growing choices from seeds to cuttings. Your plant size choices range from dwarf bushes barely a foot tall to bigger plants up to three feet tall and three feet across. And the colors! Not all lavender is purple. You can get varieties in a range of colors from palest pink to deepest blue and purple.

Lavender is part of the mint family—or Labiatae. It’s also cousin to rosemary and sage, and has the same square stems as those plants. Ever noticed that? Instead of cylindrical stems, the stems of these plants have square edges. The lavender we’ll mostly focus on is Lavandula angustifolia, commonly known as English lavender. Oddly enough, it’s English lavender that covers many of the lavender fields in the south of France.

Lavender is hugely popular with pollinators. Bees and butterflies flock to the lovely flowers, making it an excellent choice for a butterfly garden. Some gardeners interplant other butterfly-friendly plants and flowers with their lavender to make their garden a perfect butterfly waystation.

Lavender prefers loose, sandy, well-drained soil with a pH between 6.4 and 8.2. Not sure what your soil pH is? The best thing you can do for anything you plan to plant in your garden is to test your soil. You can do this yourself or contact your local extension center for guidelines on how to sample your soil and send it in for analysis. This is one step that many gardeners skip and later regret. So, don’t guess; get your soil tested. You—and your garden—will be glad you did.

A Brief History of Lavender 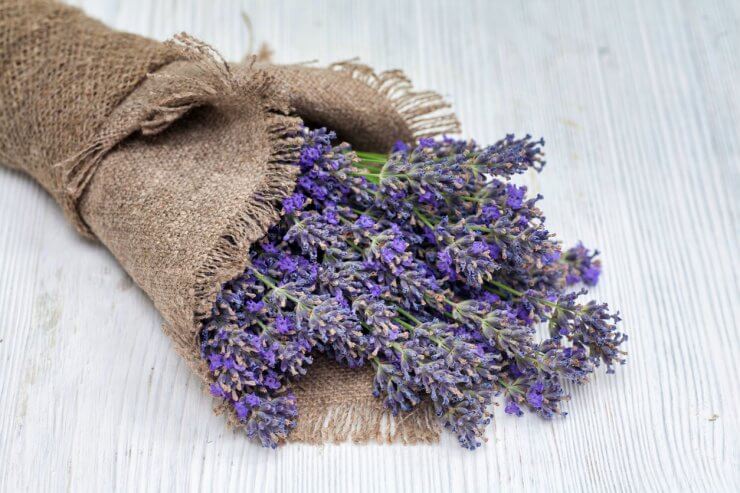 Lavender can trace its roots back to the Mediterranean region, where the days are hot and dry. Lavender’s botanical name, Lavandula, refers to the Latin lavandus (“to be washed”) or lavare (“to wash”).

The ancient Egyptians used lavender as perfume and as part of the mummification process. It’s been used to freshen things up ever since.

Ancient Romans and Greeks scented their bath water with lavender. In the Middle Ages, people used powdered lavender as a condiment and also as a preservative to mask the flavor of foods that were, shall we say, a little past their prime. Lavender water became a popular beverage to aid in digestion and sleep, and also as a sort of perfume, like rose water.

Lavender made its way to England somewhere in the 13th century, where it was a favorite floor bedding to keep pests at bay. Queen Elizabeth I of England enjoyed lavender as a perfume and as a conserve on the breakfast table. She also reportedly drank lavender tea to ease the pain of migraines. In Victorian times, someone always had some lavender on hand as part of the ubiquitous “smelling salts,” essential to revive ladies who fainted from the pressure of their tight-fitting corsets.

Queen Victoria of England made lavender popular throughout her realm. She had lavender in virtually every room, where it was used to wash both floors and furniture, freshen the linens, and add a sweet scent to the air.

During World War I, lavender washes were used to treat soldiers’ battle wounds, and also to disinfect the floors, walls, and other surfaces in hospitals.

France, of course, has been using lavender oil for hundreds of years in the perfume and cosmetic industry. These days, France produces about 1,000 tons of lavender essence a year. France is also famous for its classic culinary herbal blend herbes de Provence, which includes lavender. Young lambs in France are still sent to lavender fields to graze, so their meat will be tender and fragrant.

Lavender made its way to North America in the early 20th century and really settled in near Seattle, Washington—an ideal climate for growing lavender. Interest in large-scale production of lavender in that region has really taken root. Some entrepreneurial farmers have joined forces to make lavender farms a tourist destination—walking and biking tours take people past field of field of fragrant, flowering lavender.

Did you know about the history of lavender? Are you excited to try growing them? Let us know what you think.