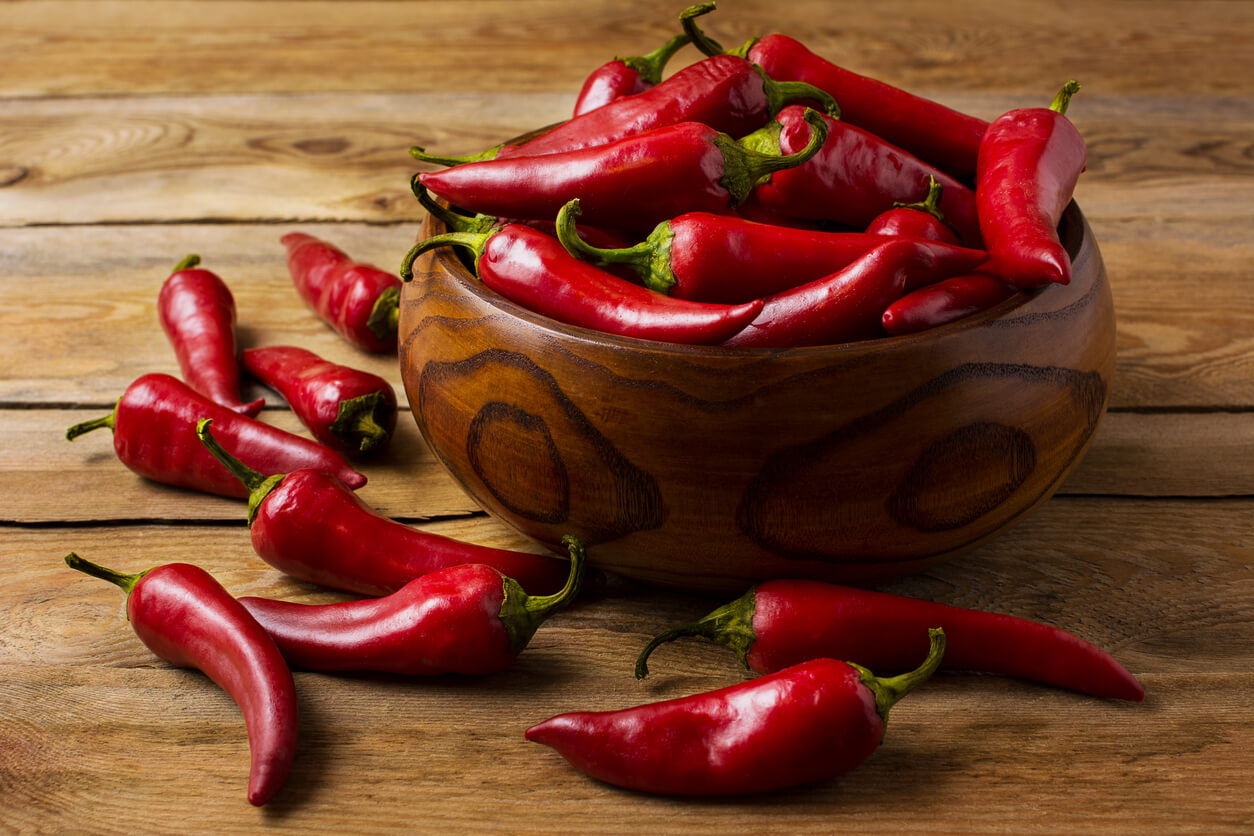 Hot peppers: people either love them or hate them. There’s not always a lot of middle ground. For some of us, that fiery feeling is wonderful; for others of us, we prefer the milder side of things. But if you’re here, you’re probably in Camp Hot Pepper.

For all the varieties out there, there are really two basic types of peppers: sweet and hot. Sweet peppers are the mildest and include chile peppers, banana peppers, and cherry peppers. In the midrange of spiciness you’ll find serrano, red cayenne, and yellow hot wax peppers. The highest level of pungency includes habanero peppers, along with varieties with ominous names like ghost pepper and Carolina Reaper.

Hot peppers are a tropical/subtropical perennial often grown as an annual in regions with shorter growing seasons. Some of these peppers have really long growing seasons—up to 120 days! So unless you already live in a tropical or subtropical area, you’ll want to plan your hot pepper choices based on the length of your growing season, combined with the heat level of the peppers you want to grow.

How do you know how hot a pepper is? Peppers contain a compound called capsaicin, which is what gives a pepper its heat—that burning sensation that some people love in spicy food. Growers, gardeners, chefs, and hot pepper aficionados consult the Scoville scale to see just how hot a pepper is.

The Scoville scale was developed by pharmacologist Wilbur Scoville in 1912 (more on the infamous Mr. Scoville in our history section). The Scoville scale ranks the pungency of hot peppers by measuring the amount of capsaicin present in the pepper. These days, the food industry uses liquid chromatography to get a precise measurement of capsaicin in parts per million; that number is converted into Scoville Heat Units (SHU).

Pure capsaicin is 16 million SHU. Below is a rough overview of where some popular peppers fall on the Scoville scale. (There is some overlap in ratings.)

Keep in mind that these numbers are approximate, and the rating scale and a pepper’s position on it can change from year to year. These numbers will, however, provide a relative sense of how one pepper compares to another. You can see the range of mildly spicey to face-meltingly hot. It all, of course, comes down to a matter of taste.

The burning sensation you get from eating a hot pepper doesn’t come from the pepper’s seeds, as many people believe. That fiery feeling actually comes from the white ribs inside the pepper, which can transfer some of their capsaicin to the seeds. So, if you want to lower the heat of a dish, be sure to remove the seeds and the ribs. And if you’re dealing with really hot peppers, be sure to protect your hands while you’re working—and don’t touch your eyes! Cooking with hot peppers requires special caution so you don’t get burned (really!). Gardeners who grow the face-meltingly hot peppers will wear protective gear in the garden, in the garden shed, and in the kitchen when harvesting, storing, and preserving their peppers. Some gardeners wait until they have the house to themselves for a weekend, then open up all the windows to get as much air circulation as possible. Those super-hot peppers deserve special handling!

When you bite into a hot pepper, dip a chip into a spicy salsa, or dig into a dish made with peppers you can still see on the plate, what do you taste? Well, your tastebuds will register the flavor of the pepper–its smokiness, sweetness, etc. But that spiciness you sense as heat? That has nothing to do with your tastebuds, and everything to do with the pain receptors in your body. This is why it feels like your face is on fire when you eat a particularly hot pepper-infused dish. The “spiciness” of a hot pepper is really a measurement of its effect on your pain receptors. And still, we love hot peppers!

Which is the hottest pepper? It depends on the year and who you ask. Samples of the same variety of pepper can produce wildly different results based on growing conditions, such as sun, soil, water, and weather. The heat level can even vary from one pepper to another on the same plant. But unless you’re in a competition, you can probably settle on a heat range before you start growing. After all, if a pepper has a Scoville rating of 1,000,000 SHU, are you really going to notice if another pepper reaches 1,500,000 SHU? You’ll probably be too busy reaching for something to cool the heat.

Hot peppers are classified as a species of the genus Capsicum, part of the group of Solanaceous crops that include tomatoes, potatoes, and eggplant. They are definitely warm-weather plants, with their origins in the tropical and sub-tropical regions of the Americas. Hot peppers prefer sunny days, and warm soil that is well-drained and fertilized. Their preferred pH range is 6.5 to 7.0.

If you’re not sure of your soil’s pH, get it tested. This is one of the best and easiest things you can do when planning your garden planting. You can do this yourself, or contact your local extension center for guidelines on how to sample your soil and send it in for analysis. Testing your soil’s PH is one step that many gardeners skip and later regret. So, don’t guess—get your soil tested! You—and your garden—will be glad you did.

So, what’s the correct way to refer to hot peppers? Chile peppers? Chili peppers? Chilli peppers? The answer is yes on all counts. The difference in spelling has no effect on the spiciness of the pepper in question, although for linguistic reasons, chile is generally the preferred spelling for the plants; chili is the spicy dish.

A Brief History of Hot Peppers 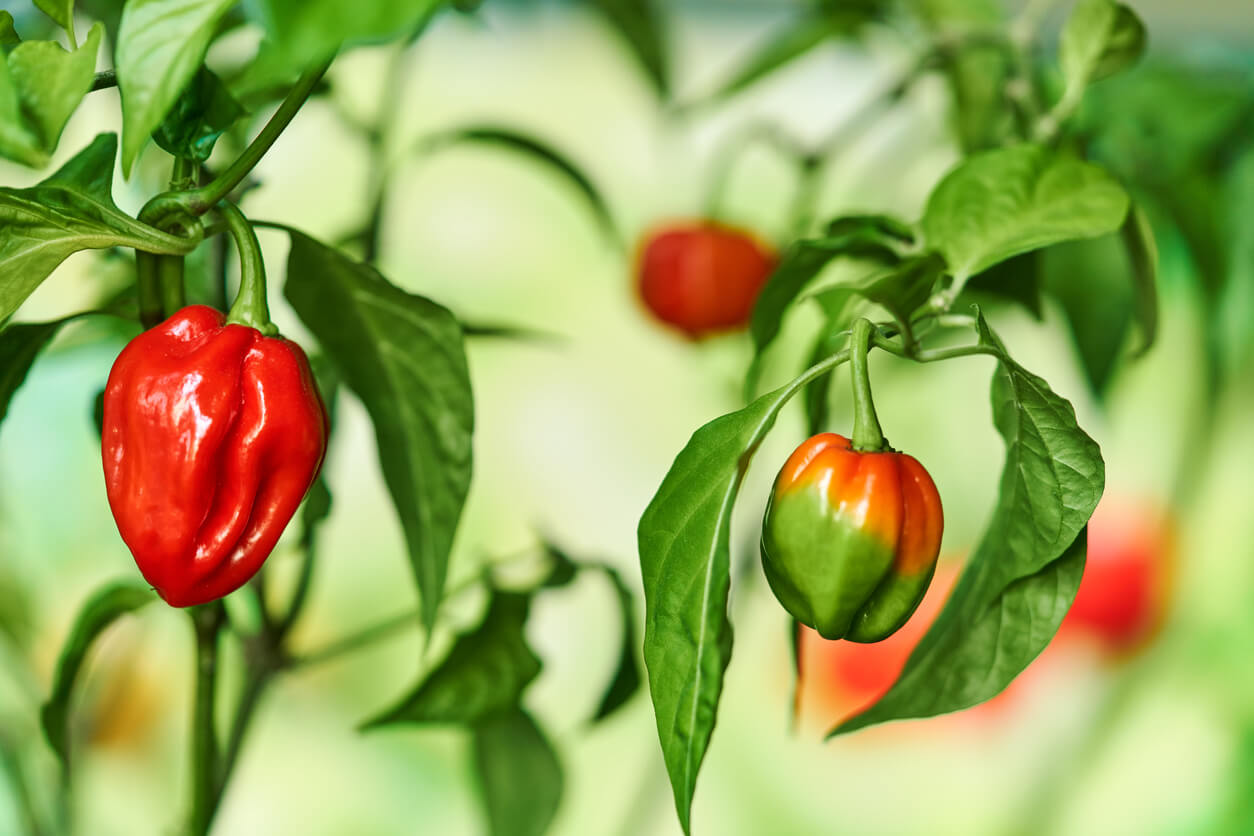 You can trace the origin of peppers back thousands of years to Mexico, Central America, and South America. We have Christopher Columbus to thank for their common name. He went back to Europe with dried samples of peppers, some of them rather hot. People compared the spiciness of the peppers to the spiciness of black peppercorn (no relation whatsoever), and the name stuck.

By the time of Columbus’ second trip to the New World, word was getting out about these easy-to-grow flavorful plants. Other intrepid explorers took samples back to Europe with them, and in only about 50 years, the chile pepper was putting down roots in Europe, India, and Asia.

Rating the spiciness of hot peppers is helpful for choosing the right pepper for the right use. Back in 1912, pharmacologist Wilbur Scoville was working for a company that used capsaicin in its muscle salve. Capsaicin makes a great local pain reliever; you’ve probably seen capsaicin pain-relieving patches at the pharmacy.

Scoville developed a test that used five human “heat” samplers to rank specific dilutions of hot pepper solution. The human samplers would take sips of mixtures of chile pepper and sugar water until they could no longer detect the heat of the solution of each pepper type. This testing process went on over the course of several days.

Now there’s a modern way to test the heat of hot peppers that doesn’t require a panel of testers to endure days of sipping potentially super-hot solutions. High-performance liquid chromatography measures the capsaicin in peppers, then converts the result to fit on the Scoville scale, which has expanded since Scoville’s days.

One of the most common household uses of chile peppers for hundreds, maybe thousands, of years has been to fumigate living spaces to rid them of vermin large and small, from bedbugs to rats. You’ll also see the hot pepper play a mystical role in many cultures the world over, from South America to Trinidad to India and beyond. Chile peppers have been used to ward off the evil eye, bad luck, and to repel spells cast on people. In the Far East, chiles were used in a form of torture since they can be a strong irritant to breathing and cause severe discomfort in the eyes and mucous membranes. In some cultures, hot peppers were one ingredient to make arrow poison or to make people ill—or even kill them. Thankfully, many cultures have embraced and applied more productive medicinal uses of the hot pepper, which we discuss further in our Home Remedies and Health Benefits section.

Did you know about the history of hot peppers? Are you excited to try growing them? Let us know what you think in the comments below. 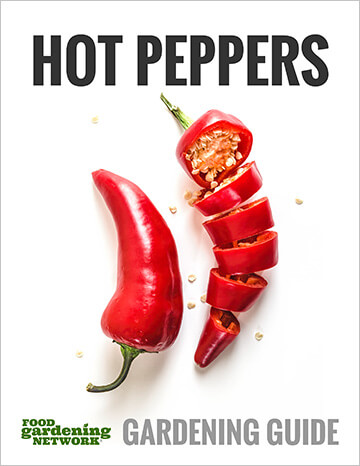