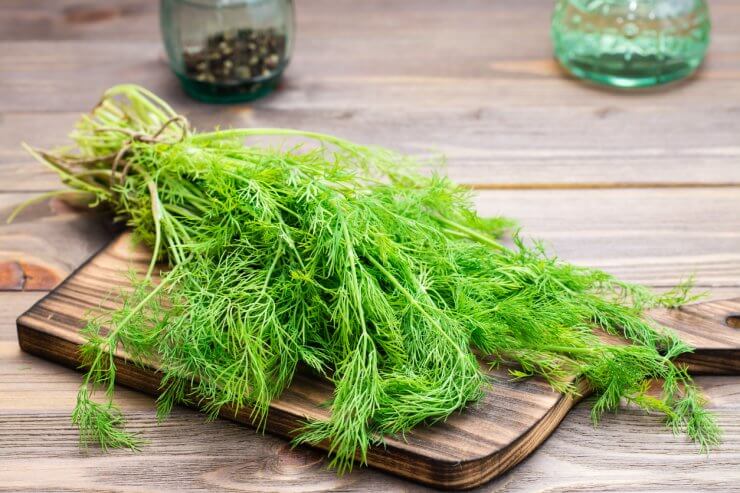 Ah, the distinctive aroma and flavor of dill. Grassy with a hint of anise and caraway, dill is a favorite herb in salads, soups, and stews, pairing with seafood, as a garnish, and when preserving garden vegetables, such as cucumbers (dill pickles) and beans (dilly beans). This feathery garden favorite with lacy, umbrella-like heads can be used in leaf form or seed form to flavor a multitude of dishes. Dill leaves are often referred to as “dillweed.”

Dill has been used as a medicinal treatment for centuries—as digestive aid, a cure for hiccups, a sleep aid, and even an aphrodisiac!

Dill is an aromatic native to the Mediterranean and Western Asian regions. It’s a biennial that’s usually grown as an annual. But dill often reseeds itself, sometimes coming back for years. In addition to its delicate green leaves, dill produces greenish-yellow flowers and oval, brown seeds—in fact, the entire plant is edible.

Dill, USDA botanical name Anethum graveolens, is a member of the Apiaceae (Umbelliferae), or carrot family. The name Anethum graveolens means a tall plant with a vigorous growth habit that has a strong smell. Apiaceae includes herbs such as parsley, cilantro, fennel, and Queen Anne’s lace. Young dill and Queen Anne’s lace plants can be mistaken for one another, and both share delicate, umbrella-shaped heads as well as long taproots.

There are many dill cultivars, and while this herb is native to warm climates, it is also friendly to cooler climates. As a result, dill is grown most everywhere! The herb is particularly popular in the United States, Europe, and South Asia. Dill thrives when planted in the ground in USDA Plant Hardiness Zones 3 to 11 and does equally well as a container plant.

Perhaps dill’s most popular use—at least in the U.S.—is in making dill pickles. Americans consume more than 2.5 billion pounds of them each year, with kosher dills being the favored variety. The U.S. celebrates National Pickle Day on November 13 and The Big Dill is a festival enjoyed in communities across the country.

A Brief History of Dill 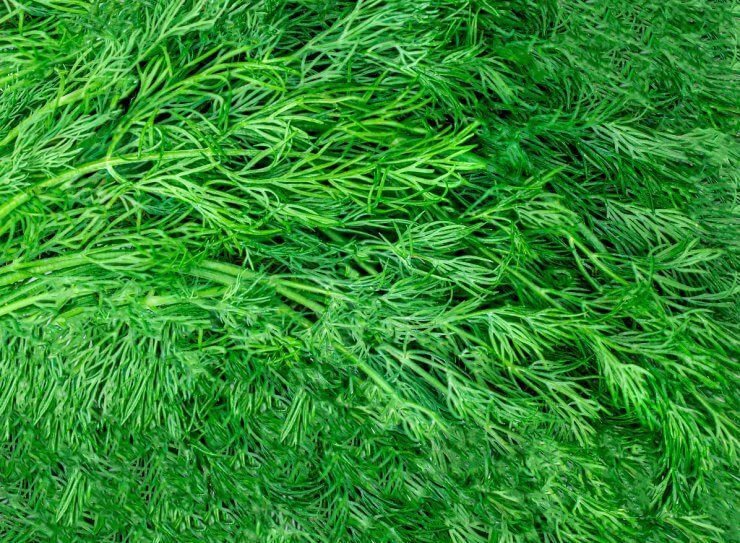 Dill goes back at least to 3000 B.C. when it is mentioned in Egyptian medical texts and the Babylonians were known to have grown dill in their gardens around the same time. Ancient Romans and Greeks prized dill as a good luck symbol, an aphrodisiac, a way to ward off witches, a sleep inducer, and a symbol of wealth. Many cultures sought out dill as a stomach soother and anti-flatulent. In fact, the word dill comes from the old Norse word dylla, meaning to soothe or lull.

Dill was so highly valued in some cultures that it was taxed or tithed. Edward I of England taxed dill in order to pay for repairs on London Bridge. Puritans and Quakers gave their children dill seeds to chew on as appetite suppressants during long church services, leading them to be called “meetinghouse seeds.” Dill seeds have also been used to freshen breath and to encourage milk production in lactating women.

During the 17th century dill was a feature in English kitchen gardens. The herb made its way to North America primarily via European settlers. John Winthrop, who led a group of English Puritans to the New World, was known to have grown dill in his garden.

Many uses of dill popular in the U.S. can be traced to immigrants who brought their favorite recipes and traditions with them. Greeks love their dill with beans, Russians pair it with beets in borscht, Scandinavians are partial to dill with coldwater fish, and South Asians savor theirs with yogurt, just to name a few examples. And now, it’s your time to discover your favorite ways of enjoying this popular herb!

Did you know about the history of dill? Are you excited to try growing it? Let us know what you think.