When to Pick Bell Peppers Bell peppers can give you an entire rainbow of peppery colors— from creamy white to deep purple! You just need to know when to pick bell peppers.

Bell peppers don’t get the press they deserve. These fruits (yes, they are technically fruits) are one of the most commonly grown crops in the world. And they come in a wide array of colors and rich, sweet tastes. Those green bell peppers you get at the supermarket? Give ’em a few more weeks on the vine, and they’ll develop colors ranging from bright red, glowing orange, delicate white, smooth chocolate, soft lilac, and more. That’s when to pick bell peppers if you want those sweet, delicious flavors.

Bell peppers are pretty, for sure, but they also have more health benefits than most people realize. For example, did you know that green bell peppers have twice as much vitamin C as oranges? Red and yellow bell peppers have four times as much!

And they are wonderfully versatile in the kitchen. Enjoy them raw in salads or with homemade hummus. Roast them as part of a traybake, or go with a classic like Stuffed Bell Peppers. A bell pepper makes the perfect container for whatever hearty and delicious filling you want to add.

There is, however, a catch. 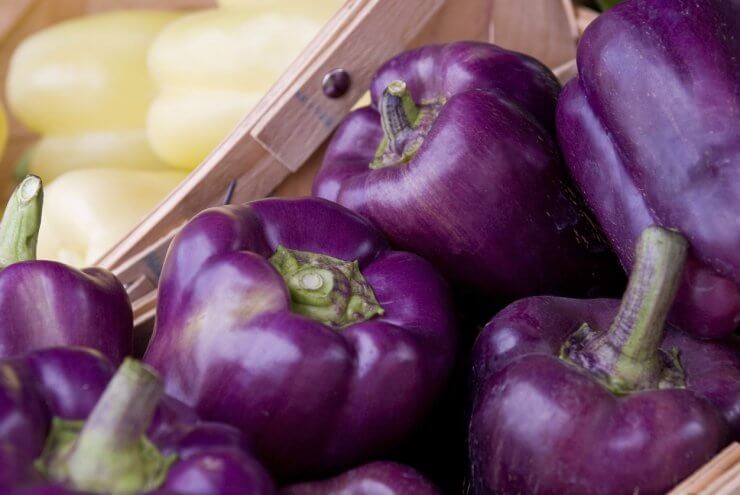 How to grow bell peppers this season

Bell peppers are the most common variety of pepper. As it turns out, they’re also among the fussiest of the pepper family. Think: Goldilocks. The soil and air temperature need to be not too warm, nor too cool, but just right. This goes back to their tropical roots, where temperatures tend to fluctuate less than in the more temperature regions of North America.

Bell pepper seeds take about ten days to germinate, and some bell pepper varieties can take up to 100 days to develop, so you want to have healthy seedlings ready to transplant as soon as the soil is warm enough to nurture them. That means a lot of gardeners with dreams of colorful bell peppers will need to start their seeds indoors a good six to eight weeks before the expected last frost.

And they’ll need a nice, warm spot. That ray of sunshine your cat likes to sleep in won’t do the trick. Bell pepper seeds need soil at about 80° F to germinate. When you move them outdoors, give them ample time to harden off. Once they’re in the ground, the use of plastic mulch and drip irrigation can help increase your yield. Plastic mulch helps keep the soil warm, the way peppers like it. It’s important to keep the plastic away from the plant stems, though, to avoid the stems getting burned or damaged as the plastic heats up.

Learn where to plant bell peppers

Bell peppers like a full day of sun—preferably at least six hours of direct sunlight. They also like well-drained soil that’s rich in organic matter. Sandy loam soil is best. If you can give your peppers that, along with temperatures around 75° F, you’re off to a great start. They can grow in the ground, in raised beds, and containers.

Before you assume your job is done, though, keep reading. Pepper seedlings are delicate. Some gardeners have had success growing bell peppers by surrounding each plant with a one-gallon milk jug cut open at the bottom and the top. The milk jug approach insulates the plants from temperature drops and acts as a barrier to soil-level pests like cutworms, snails, and slugs.

Additionally, though peppers love the sun, too much high-temperature sun exposure can lead to sunscald. Installing a floating row cover with hoops can provide some protection from the sun without completely blocking it.

I know it sounds like bell peppers are a lot of work. They can be, sure. But here’s the thing. Aside from the fact that they taste great, look great, and are loaded with nutritional value, they also make great garden companions for other vegetables.

For example, peppers have shallow roots; carrots have deep roots. Talk about maximizing space! The feathery carrot fronds can also act as a living mulch, shading out weeds. And lettuce can help crowd out weeds while it provides you with some fresh salad makings. You’ve got a ready-made salad right there!

Find out when to pick bell peppers

Here’s another bonus. You can harvest your bell peppers before they’re ripe; those are the green peppers that are so common at the supermarket. Plus, if you harvest some of your peppers when they’re green, your plants will keep producing flowers to set more fruit, so pick away! So if you’re trying to decide when to pick bell peppers in your garden, and aren’t sure if they’re ready, you can probably go for it!

Not sure which variety to grow? Islander Bell Peppers give you a full-color range of choices for picking: lavender at 56 days, then an explosion of violet, yellow, and orange streaks on its way to final rich red ripeness at 81 days. These peppers have a mild, slightly sweet taste and pale yellow flesh.

Or you can try Snowball Bell Peppers. These peppers will really stand out in your garden. At their first harvest time, they’re white and have a mild flavor. If you let them grow to full maturity, they shift to a golden yellow and taste sweet and fruity.

If you want to find out more about other varieties, including the Chocolate Beauty Bell Peppers, get delicious recipes to take advantage of all the peppers you’ll harvest, and learn the secrets to a successful bell pepper crop, be sure to read the Beautiful Bell Peppers Gardening Guide.

In it, you can learn more about the history and background of the plant, discover expert planting tips, read through specific plant profiles, try out new recipes, and get nutrition and health information. It’s all in the Beautiful Bell Peppers Gardening Guide! 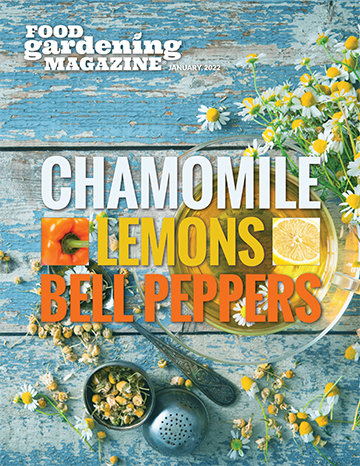