Storing and Preserving Your Eggplants 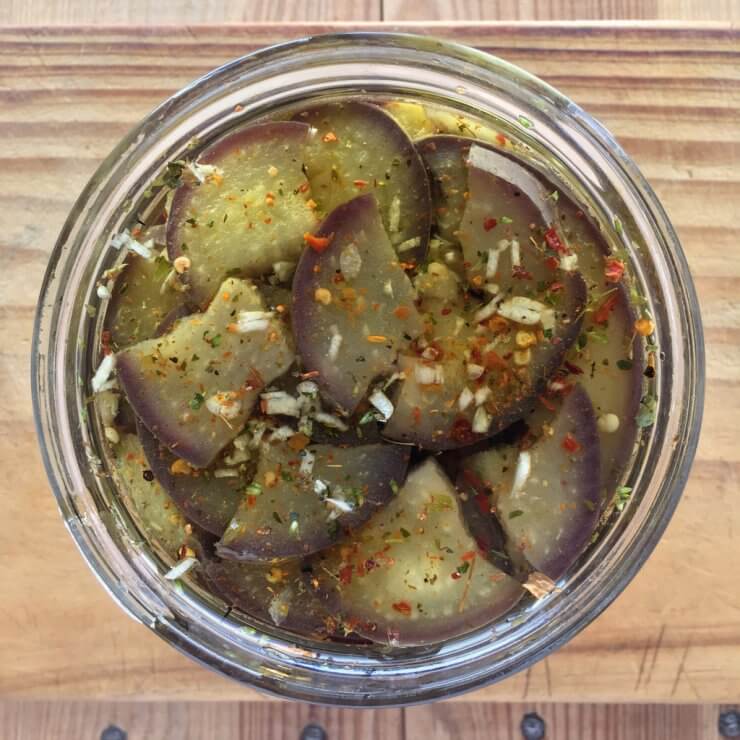 Eggplants don’t have a great shelf life. They are prone to mold, rot, and disease, and they can’t even be refrigerated or they will deteriorate quicky. In fact, eggplants are best eaten the same day you pick them, however they can sustain a bit longer if you have somewhat perfect storage conditions.

The first thing to know is that a refrigerator is too cold and dry for eggplants. They will begin to decay and rot immediately upon refrigeration. The perfect condition to keep eggplants for one to two weeks is a humid 55-degree F temperature. They also keep well in a wine cooler that’s 50 degrees F or more.

That said, if you don’t have the ideal conditions above, eggplant will survive about 24 hours in the refrigerator.

As a quick-spoiling fruit, avoid storing eggplants with tomatoes. The ethylene gas they emit as they ripen will spoil eggplants even more quickly.

Blanching and then freezing your eggplant is a great way to make your harvest last longer.

Eggplants oxidize and turn brown quickly, so it’s best to boil a large pot of water first before you begin. Adding a few tablespoons of lemon juice will also help minimize the oxidation.

Once your water is boiling, cut off both ends from your eggplant, and then peel it. Chop into 1-inch chunks, or 1/3-inch slices depending on how you plan to use it later. Once you’re done chopping, and before they begin to turn brown, drop them into the boiling water for about three minutes.

While they’re boiling, prepare an ice bath. Fill a large bowl with cold water and ice. Once the eggplant is done boiling, strain out your pieces and add them to the cold-water bath to stop the cooking process.

Lay out the pieces on a paper towel to dry. Then arrange the eggplant on a baking sheet and freeze them for about an hour. Once frozen, combine them into a sealable freezer bag and store in the freezer. This two-step process will prevent the eggplant pieces from freezing into a big, wet clump in the freezer.

Fermenting is a simple and healthy method of preservation, and a great way to take advantage of the nutrients in eggplants. All you need is water, salt, and the spices of your choice to get the fermentation going.

To start, you’ll want to salt your eggplant which will not only soften it but will remove some of the bitterness. Simply cut the eggplant into chunks, or strips, then add them to a colander and generously sprinkle them with salt. Then, let the eggplant sit in the colander over a bowl for about an hour while the liquid drains.

Next, make a brine. You’ll need 1 tablespoon of salt for every 4 cups of water to make your brine solution. Boil your brine, which may include other spices like bay leaf, pepper, red pepper flakes, and mustard seeds, and then let it cool to room temperature.

Put your chopped eggplant into your sterilized fermentation jar, squishing them a bit to really fill the jar, and pour in just enough brine to cover them. If you have a fermentation set, you probably have glass weights to help keep the eggplant submerged in the brine, and one-way valve inserts to keep the jars from overflowing.

If you don’t have a fermentation kit, you can use a sterilized shot glass as a weight. The goal here is to keep the eggplant submerged in the brine. “Burp” the jars every day or two to release gases, if you’re not using a fermentation jar that burps itself.

Tighten the lids on your jars and keep them in a dark spot at room temperature for five to seven days. The fermentation process will get going, with healthy bacteria feeding off the sugar in the eggplant, and producing lactic and acetic acid, which will preserve your crop as well as provide healthy probiotics for your digestive system.

In a few days, the jars should start bubbling. Check them every few days; when they taste salty and a little sour, they’re ready. Take out the weight and get a good solid lid. Store your preserved eggplant in tightly sealed jars in the fridge.

Quick pickling is an easier method of preserving your eggplant. Keep in mind that they’ll only keep for up to a month:

Canning is a time-honored preservation method—and one you should only pursue if you have the right equipment. You must be careful to follow all canning directions to the letter to avoid botulism in your canned goods. We have a post in Food Gardening Daily that provides 10 rules to live by for pressure canning safety. 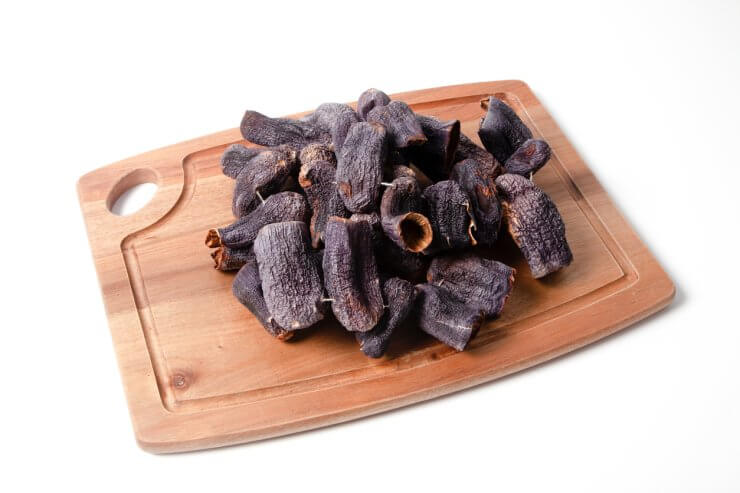 Dehydrated eggplant on wooden cutting board

Spread your eggplant out in a food dehydrator on non-stick drying trays on a medium setting for about 12 hours or longer. Rotate the trays every few hours to encourage even drying.

How do you pickle or preserve your eggplant to last the longest? Let us know in the comments!