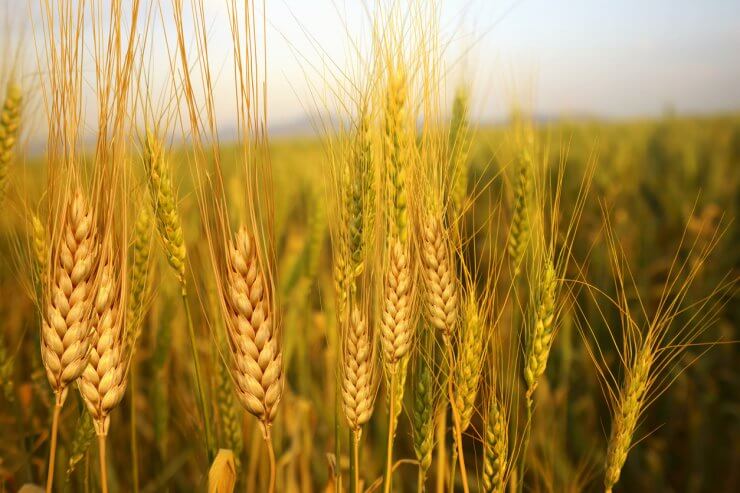 Wheat in the field

Artists from Van Gogh to Katharine Lee Bates to Sting have been moved to create works of art that capture the beauty of shimmering wheat fields. And then there’s the Bible, full of parables and similes that compare life to growing and harvesting wheat. So just imagine the happiness, wisdom, and nutritional goodness you could glean from growing and eating your own homegrown wheat. Actually, you don’t have to imagine—we’re about to tell you!

Wheat, botanical name Triticum aestivum, is a member of the grass family grown for its seed, or grain. Botanically, the wheat kernel is considered a fruit called a caryopsis, which explains why wheat seeds are called wheat berries.

Wheat is one of the oldest crops in history and is grown around the world. In fact, the worldwide wheat crop is bigger than all the other crops grown in the world, all together. Although most of the world’s wheat is commercially produced, it is also easily grown in your backyard.

So how much wheat can you grow in a home garden? A 20-feet x 50-feet plot will yield a bushel of wheat. A bushel equals 60 pounds of grain, which is enough to bake 90 loaves of bread. So, you can see that an area even half—or a quarter—of that size will make it worthwhile for you to grow this ubiquitous crop.

This size of a wheat crop will also keep home gardeners like you safe from the farm marketing quotas law established in 1938. According to the National Agricultural Law Center, “Farm marketing quotas are not applicable to a farm on which the acreage planted to wheat is not in excess of fifteen acres” or less than 200 bushels of wheat. So long as you keep your crop within those parameters, you need not worry about legal action.

Wheat is an annual plant, meaning a new crop has to be sown each year. Winter wheat, sown in the fall, is hardy to USDA Plant Hardiness Zone 3. Spring wheat can be grown in most zones, depending on the variety.

Wheat is typically self-pollinating, and depending on the cultivar and growing conditions, wind and insects will help with the pollination process. And speaking of cultivars, there are a lot of them out there to choose from—more than 200. Those 200-plus cultivars accounted for world production in 2017 of 9.2 million tons, led by China with 40% of the total. In the same year, the United States produced 1.6 billion pounds.

In the U.S., most wheat is commercially grown in the middle of the country—the so-called “breadbasket.” The Great Plains, Northern Plains, and Mississippi Basin are the three main wheat-growing areas, but Oregon, Washington, and Idaho also grow a lot of the country’s wheat, as do Michigan and New York. Wheat grain is used to make bread, cereal, noodles, pasta, and alcohol, plus biofuel and animal feed.

Although some Americans who are sensitive to wheat pursue a gluten-free or low-gluten diet, the USDA forecasts 2020-21 world wheat consumption at a record 753 million tons, up by almost 5 million tons from 2019-20. The USDA said the increase in consumption reflected higher food, seed, and industrial use of wheat.

Clearly, wheat and wheat products are here to stay.

A Brief History of Wheat 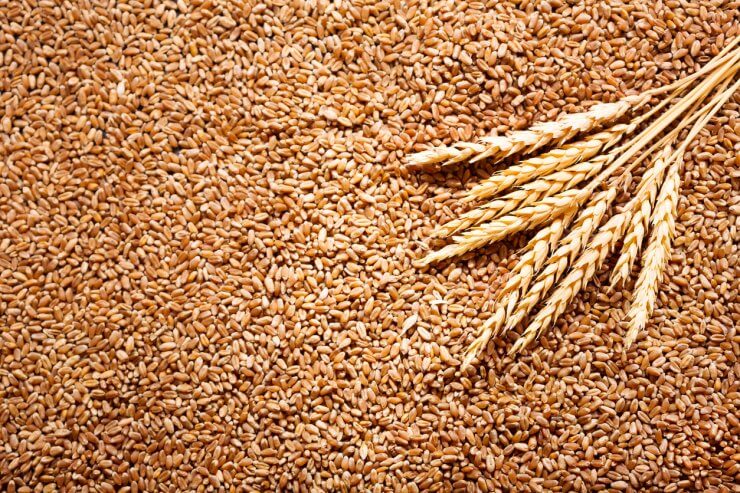 Wheat is one of the oldest crops in the world. It originated from the Levant region of the Eastern Mediterranean and Western Asia, near what is now Syria and Iraq. The earliest finding of domesticated wheat was in what is now southwestern Turkey, dating to 12,000 years ago. The earliest collected wild wheat—emmer, found in the Levant region—was dated as 23,000 years old. Cultivated wheat came to Greece, Cyprus, and India by 6500 B.C.E., Egypt shortly after 6000 B.C.E., Germany and Spain by 5000 B.C.E. and by 3000 B.C.E., wheat had reached England and Scandinavia.

According to the National Association of Wheat Growers (NAWG), an advocacy group based in Washington, D.C. that supports the interests of U.S. wheat farmers, as far back as the Stone Age, humans used rocks to grind wheat into flour. Discovering that they could grow a crop—instead of hunting and gathering what grew wild—may have helped people form communities. Eventually, 3,000 to 5,000 years ago, the Egyptians discovered how to build ovens and bake loaves of bread.

Wheat came to the American colonies in 1777. At first, the colonists grew wheat as a hobby. With cultivation, sowing, and harvesting over the years, farmers here and the world over made domestic strains more suitable for human consumption. In fact, many experts agree that wheat, along with maize and rice, changed the world, providing the calories that made it possible to sustain and grow the world’s population toward 10 billion people.

Methods for growing and harvesting wheat stayed mostly the same from the time of the ancient Egyptians to the 19th century. Wheat was sown by hand and harvested with a sickle, then bound in sheaves for drying. The wheat was threshed—or thrashed—by livestock walking over the wheat or farmers beating the wheat, loosening the grain from the stems. The farmer then threw the threshed wheat in the air, allowing the wind to blow away the unneeded chaff and leaving only the grain (known as winnowing).

In 1834 Cyrus McCormick, an American inventor, patented the reaping machine. The same year a threshing machine was invented. These machines made the harvest exponentially faster. The steam engine of the 1880s and the internal combustion engine of the 1920s replaced horses and cattle that pulled original machines, speeding up harvesting even more.

Today, the United States is the world’s fourth leading producer of wheat. Only China, the European Union, and India produce more wheat than U.S. farmers, according to the USDA.

Mechanizing the harvesting process led farmers to cultivate wheat varieties that that would maximize production. Along the way, many of the heritage wheat varieties fell out of favor. In recent years, farmers and gardeners looking to sustainable methods of growing have begun to bring back many of these heritage varieties for eating as well as ornament.

Did you know about the history of wheat? Are you excited to try growing it? Let us know what you think.