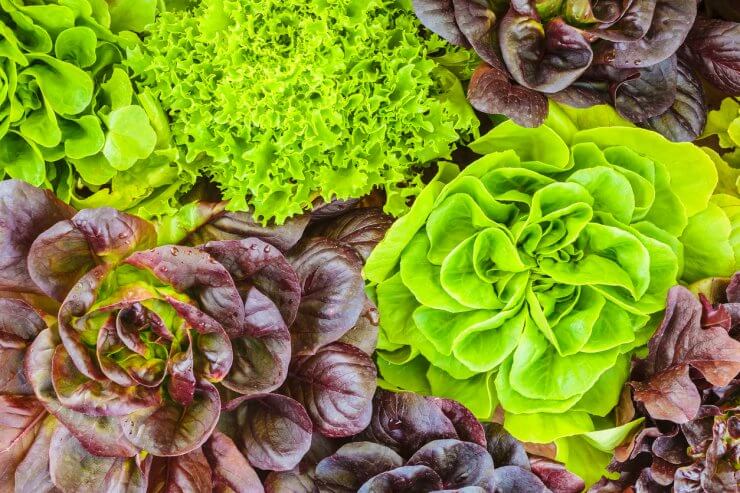 Ah, lovely lettuce. Light and fresh in salads; on burgers; in sandwiches and tacos. It’s the food you eat before you eat—so you don’t fill up too much. It’s one of the most ever-present components of dinner. For many people, a big salad topped with some protein is a meal in itself. On average, Americans eat 30 pounds of lettuce each year!

And lettuce is so easy to grow. Even gardeners who don’t feel like they have a green thumb will be pleasantly surprised the first time they eat a salad made from their own fresh greens. Iceberg lettuce is an exception: as common as it is at the market, it’s harder to grow than other varieties.

Lettuce (Lactuta sativa) is a member of the Aster family, which includes daisies and sunflowers and about 23,000 other species. Whatever your taste in lettuce, there’s a variety out there for you; you have four main types and hundreds of varieties from which to choose.

As a cool-weather crop, lettuce grows best in spring and fall in temperate areas. In warmer areas, you can grow it inside in containers—or even hydroponically, if you like. Lettuce is an annual; so, if you aren’t thrilled with your first crop, you can always try something new next growing season!

One of the great features of lettuce is that you don’t have to wait until it’s fully “ripe” in order to harvest it. A lot of lettuces are ready to eat as soon as you see leaves that look tasty. You can just trim them off with some garden snips and leave the rest of the plant to keep growing. Salad doesn’t get any fresher than that!

California and Arizona produce the bulk of commercially available lettuce in the U.S. Yuma, Arizona—known as the “Lettuce Capital of the World”—celebrates its agricultural importance every year with Yuma Lettuce Days. The two-day festival features locally grown produce and a competition called the “Salad Toss-Off.” You won’t go hungry at this event!

In the 1920s and 1930s, the honor of “Lettuce Capital of the World” went to Kent, Washington. Kent’s salad days were over when the Boeing Space Center replaced the lettuce fields to provide space for the construction of the Apollo Lunar Rover.

At least two communities celebrate the classic BLT with their own BLT festival—Maryville, Missouri and Greensboro, North Carolina. You can get some mighty fresh sandwiches at these festivals!

A Brief History of Lettuce 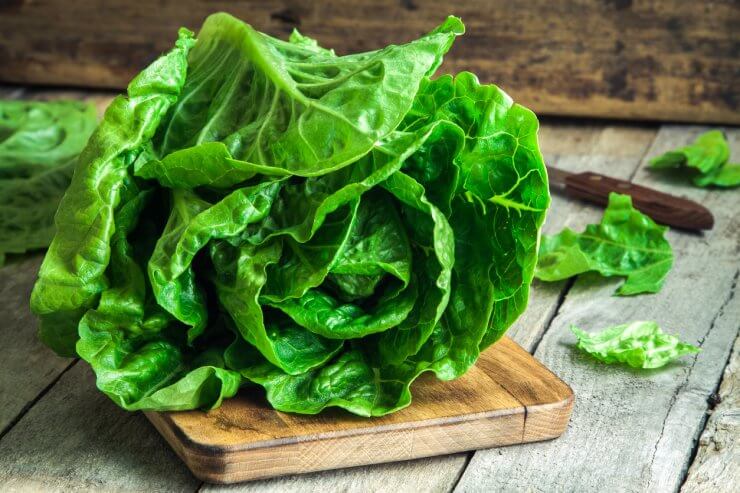 Romaine lettuce on cutting board

Lettuce is not native to North America; it has its origins in the Mediterranean region. Egyptian artwork going back 6,000 years depicts the cultivation of lettuce. The ancient Greeks and Romans also grew lettuce. Hippocrates—the father of modern medicine—praised lettuce for its sleep-inducing properties. Roman emperor Caesar Augustus loved lettuce so much that he ordered sculptors to create a statue of lettuce.

In ancient Greece, salad was considered medicinal, and served at the beginning of meals to aid digestion. Not much has changed over the millennia!

A different type of lettuce—stem lettuce (celtuce)—shows up in historical records in fifth-century China. The leaves of stem lettuce are very bitter because of their high latex content, but the Chinese actually grow it for the stem and not the leaves. It’s still common in China, but fairly rare in North America.

Thomas Jefferson grew 17 varieties of lettuce at Monticello. One of his favorite varieties was Brown Dutch from Holland. This variety is still available to grow today.

A hundred years ago, you had to buy lettuce locally—if you could buy it at all. And in the heat of summer or the frigid cold of winter? Forget it. But the advent of refrigerated railroad cars made it possible for growers to ship lettuce from California all the way to New York. Lettuce was the first fresh produce Americans could buy any time of year.

In 1941, the most popular type of lettuce was iceberg. By the 1970s, as a health food craze swept the nation, nutritionists gave iceberg the cold shoulder for not having much in the way of nutrition. More nutrition-dense cultivars began to appear on the salad scene, with iceberg wedged into the background—but not quite into oblivion.

Lettuce’s easy-growing nature made it the perfect candidate to be a space crop. In 2015, astronauts aboard the International Space Station grew a variety of Romaine lettuce call Outredgeous Red. The astronauts ate half and took the rest back to Earth for scientists to study.

The next year, astronauts experimented with cut-and-come-again lettuce as a proof-of-concept project for growing food in space. The experiment helped them improve the onboard garden modules to produce better harvests.

If astronauts can grow lettuce in space, you can grow it at home. Ready? Lettuce begin.

Did you know about the history of lettuce? Are you excited to try growing some? Lettuce know what you think. 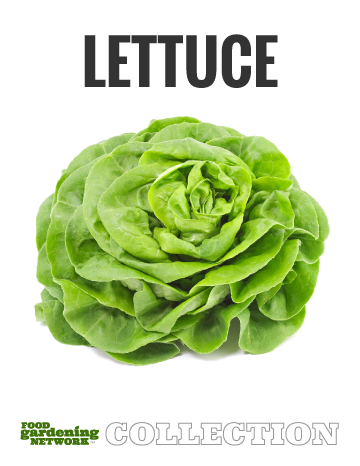