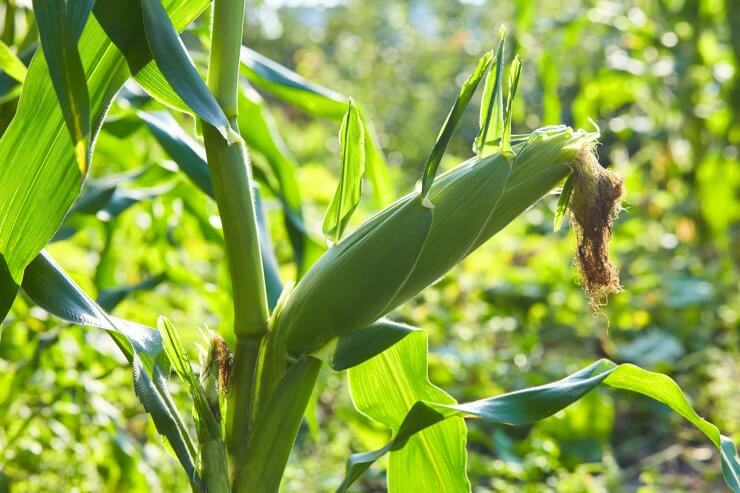 In the Disney movie “Pocahontas,” John Smith tells a Native American that he’s looking for gold. He describes it as “yellow, comes out of the ground, very valuable.” She instantly understands—handing him a husk of corn. That’s not what he means of course, but corn was really valuable to the Native Americans, who eventually taught the settlers—and the rest of the world—to prize this golden treasure.

Today, corn on the cob is a summer staple. But until you’ve sunk your teeth into a buttered and salted ear that was picked, shucked, and cooked within minutes, you haven’t experienced how truly delicious corn can taste. Growing your own sweet corn is a golden opportunity to find out how a-maizing this ancient food can be!

Botanically speaking, corn (Zea mays) is a grass, though nutritionally it’s considered a grain and a carbohydrate. As a whole grain, it’s high in natural sugar, but the fiber content off-sets the sugar’s effects. After the corn is picked, the sugar starts turning into starch, which is why the sooner corn is cooked and eaten, the sweeter and more deliciously crisp it will taste.

A Brief History of Corn

Corn, also known as maize, does not grow wild. The tender vegetable we enjoy so much today was cultivated by indigenous peoples in Central America and Mexico 7,000 to 10,000 years ago, who domesticated a tough, ancient grass known as teosinte. To this day, corn depends on human care for its existence.

Eventually, the plant was brought to North America where it became a staple crop of Native Americans who introduced it to European settlers. The newcomers began referring to the plant as ‘Indian corn.’ Today, the version we eat is known as ‘corn,’ while ‘Indian corn’ is usually reserved for the colorful decorative cobs we see in the fall.

Much mystery and folklore surrounds corn. The Cherokee, Iroquois, and Apache all have tales of how corn became part of the human diet, usually portrayed as a gift from the gods or from a mysterious, beautiful woman known as the Corn Mother. Early settlers in the Midwestern states believed that if a girl found a blood-red corncob among yellow ones, she was destined to marry that year. Native Americans named the September full moon the Corn Moon, because it coincided with the corn harvest. Astrologers believe the corn moon—also known as the harvest moon—represents a time of reaping the rewards of all you’ve accomplished since the summer solstice.

Until Columbus landed in America and brought corn back with him, Europeans hadn’t heard of it. Europeans viewed corn as a curiosity at first, but it soon caught on as a popular crop in France, Spain, and Italy. By 1575, corn had been introduced to China, Indonesia, and North Africa. Today, China, Brazil, and the European Union are among the top four producers of corn, but their combined production is still less than the number one grower, the United States.

Corn is America’s largest crop, covering more than 91 million acres, according to the United States Department of Agriculture. About a third of the corn produced is used to feed animals, a third goes toward making the renewable fuel ethanol, and a third is destined for human consumption and industrial uses. Corn is used to make breakfast cereal, tortilla chips, grits, canned beer, soda, cooking oil, and biodegradable packing materials. It’s the key ingredient in the growing medium for medicines, including penicillin, and corn gluten meal is used on flower beds to prevent weeds.

How much did you already know about the history of corn? Did you know all the folklore and stories about corn? Please tell us what you know by commenting below. 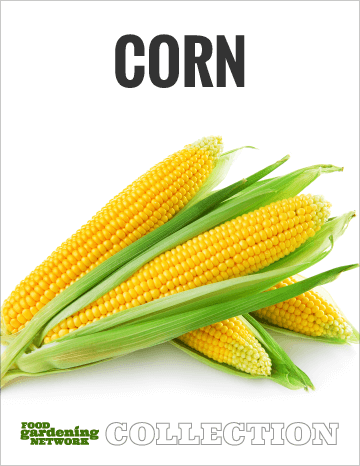