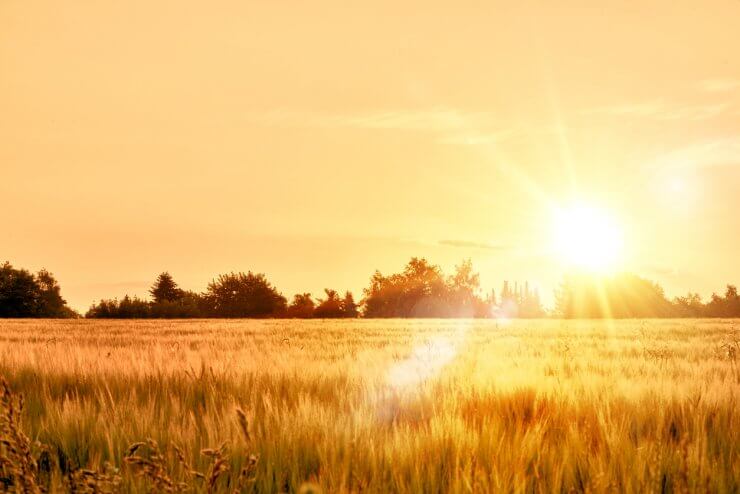 Planting zone 9 and higher is hot. For gardeners, that means a long growing season. In fact, if you plan it right, you could grow vegetables almost all year long! That seems alright by me! As any gardener knows, though, some vegetables are a bit “particular” about where, when, and how they grow. Then there are those vegetables for hot, dry climates that don’t need much more from you than a hand getting into the ground.

Of course, not all of zone 9 (and higher) is hot and dry. Most of Florida and southern Louisiana is in zone 9 or 10, and if you’ve ever walked through a swamp in southern Louisiana, you know it’s anything but dry! 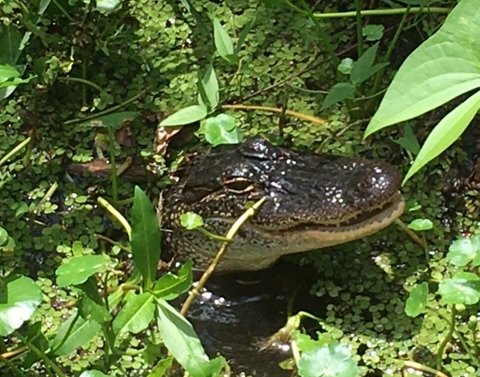 Aside from these two states, in the U.S., Zone 9 (and higher) encompasses the very southern portions of Alabama and Mississippi, southeastern Texas, about 1/3 of Arizona, a small portion of southern Nevada, and then large sections of California, including almost everything west of the Sierra Nevada mountains and north along the coast of Oregon and even some tiny parts of Washington.

How can coastal Oregon, southern Florida, and the Western Deserts region of Arizona have similar growing regions? These growing regions are based on the average lowest temperature of a region. For zone 9, that’s between 20 and 30 degrees Fahrenheit. Specifically, zone 9a is from 20 to 25 degrees, and 9b is from 25 to 30 degrees. So in thinking about vegetables for hot, dry climates, consider that zone 9 still is pretty vast in terms of climate beyond just temperature.

Even though these regions are diverse, there are several vegetables that grow well in them, thanks to those reasonable low temperatures. For instance, collard greens may be famous as a southeastern vegetable, but they also grow well in those drier areas. And while they do prefer a slightly cooler growing season, they generally do just fine in hot weather.

Garlic, too, is one of those good vegetables for hot, dry climates as well as cooler climates. The main concern with garlic is that it needs some cool weather to establish roots, so if you do live in one of those warmer regions, you’ll need to plan accordingly.

So while some vegetables are a bit more universal, let’s take a look at some that are more especially suited to those hot, dry sections of zone 9 and higher. 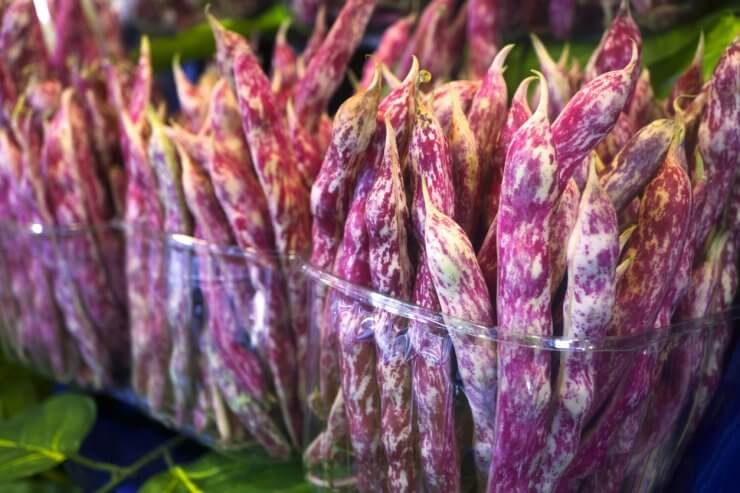 1. Beans. It seems appropriate to start with beans as one of the vegetables for hot, dry climates as they are indigenous to Central America. There are hundreds of varieties of beans, and the growing needs can vary quite a bit. Generally speaking, however, you can sow beans directly in the soil in late March or early April, then start a second crop in late September or early October. 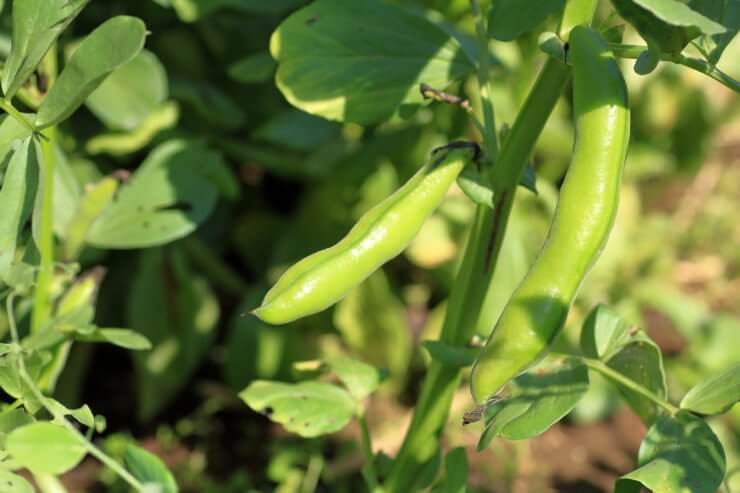 2. Broad beans. Broad beans, also known as fava beans, are delightful fresh beans with a rich earthy flavor. Unlike beans that we usually dry, such as black beans, Pintos, Rio Zape, and the like, fava beans are native to the Mediterranean region. They prefer growing in cooler conditions, so your best bet is to plant them in late winter for an early spring harvest. 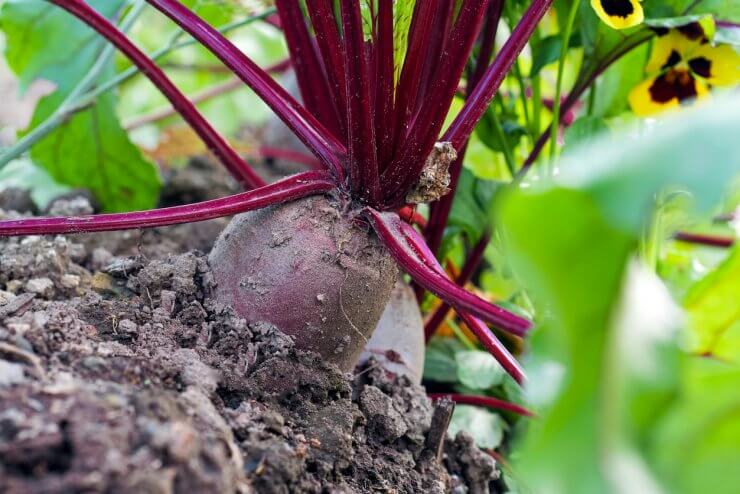 3. Beets. Beets like slightly cooler weather, but they also enjoy loose, sandy soil. So you can plant beets directly in the soil in late February for a late April harvest, then again in late October. 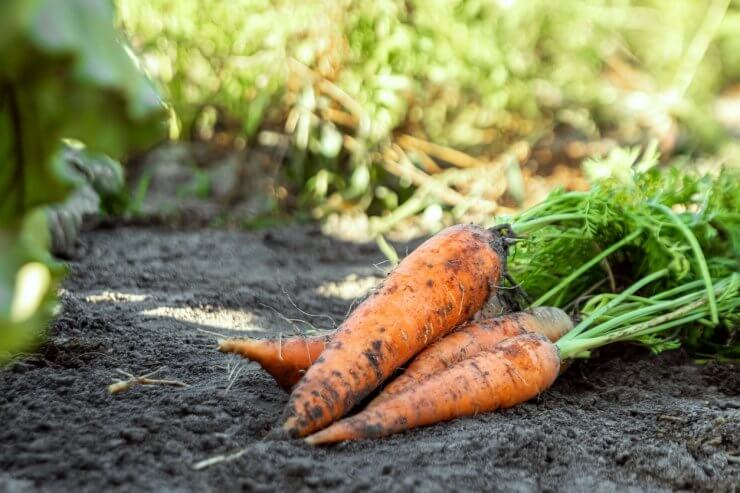 4. Carrots. Carrots enjoy loose, sandy soil and plenty of sunshine. Like many vegetables for hot, dry climates, you can get two plantings of carrots in most cases. Plant them directly in the soil about three to five weeks before the last frost. 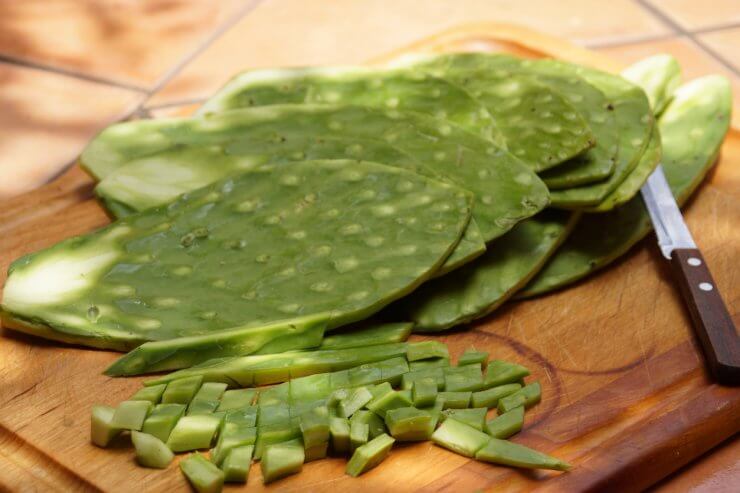 5. Nopales. Nopales (No-PAWL-es) is the fruit of the prickly pear cactus. I realize the thought of eating a cactus is a little scary if you aren’t familiar with this delicacy. Fear not. Once you remove the spines, you can grill the paddles and enjoy them alone or as an ingredient in tacos, burritos, or with eggs and potatoes for breakfast. 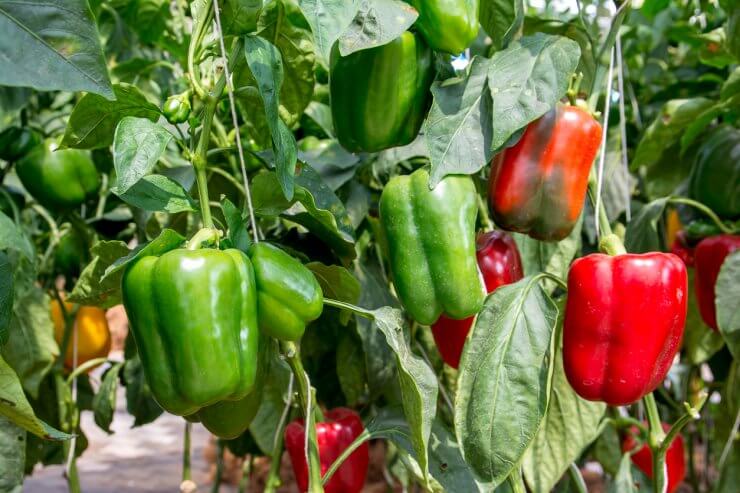 6. Peppers (Bell Peppers and Hot Peppers). As long as you can give them a good watering about once per week, peppers are great vegetables for hot, dry climates. In fact, they do better when they have a short period of dry soil between waterings. 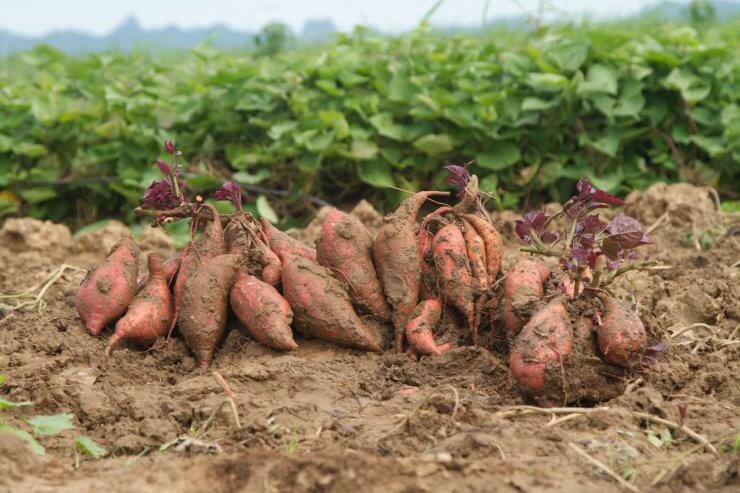 7. Sweet Potatoes. Sweet potatoes love hot, sunny days, though you may need to water them to get a larger harvest. 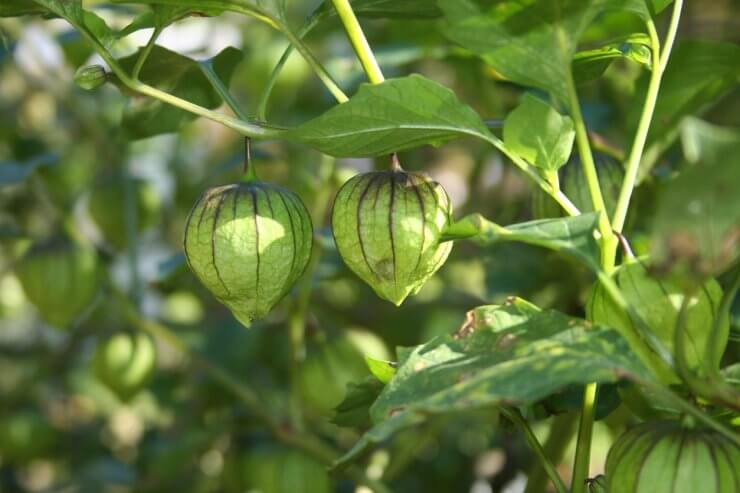 8. Tomatillos. Tomatillos are native to Central America and thus well-suited to hot, dry climates. These little husk-covered fruits are most well-known as the base of salsa verde, but they’re also wonderful in chilis, tamales, and sauces. 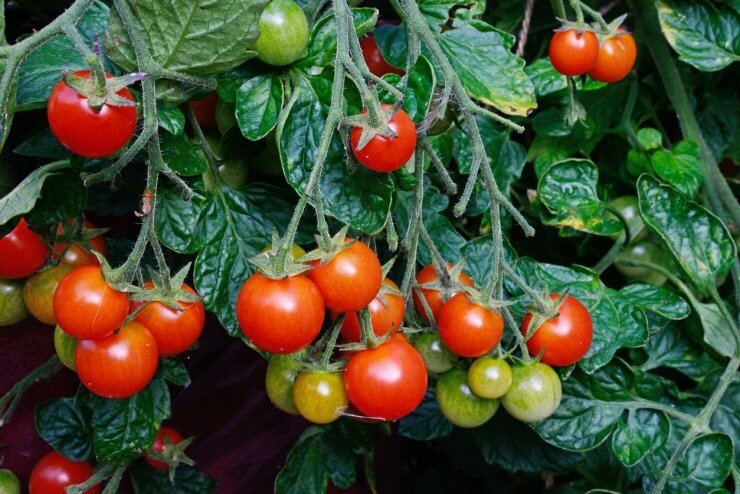 9. Tomatoes. Most people know tomatoes as water-loving crops, but some varieties, such as the Black Krim and most cherry tomatoes, are relatively drought-tolerant. You can plant them in late February then again in mid-September. 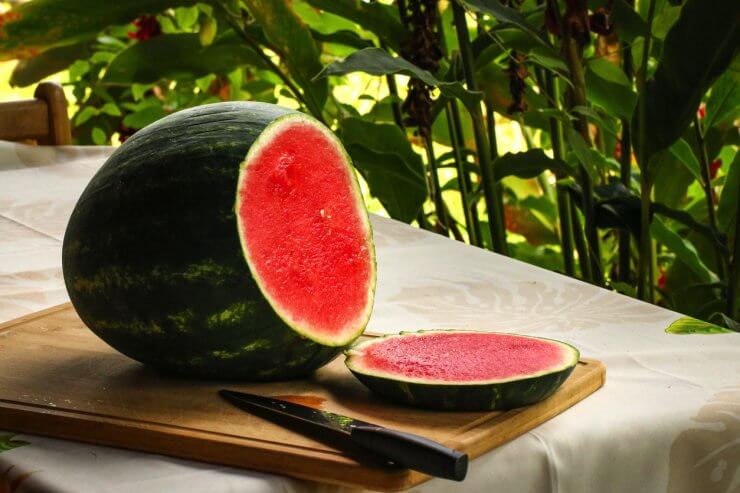 10. Watermelon. You may be wondering why I’m including watermelon in a list of vegetables for hot, dry climates, especially given that the name of the fruit implies anything but dry! Watermelons originated in the arid regions of northeastern Africa. And some varieties, such as the Black Diamond, are known for their drought tolerance.

Of course, these aren’t the only vegetables that will grow in zone 9 and higher, but hopefully, it will give you a good start, and maybe a few unique ideas.

What vegetables do you find grow well in hot, dry climates?

« Compost Not Heating Up? 3 Ways to Fix Slow Composting
The Best Way to Freeze Fruit and Berries for Baking »