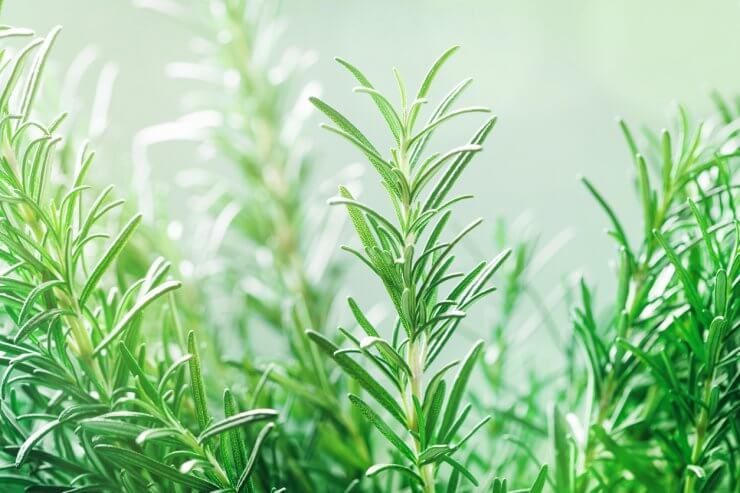 Welcome to the world of rosemary, one of the most beloved plants in herbal lore! Rosemary is an aromatic, woody perennial that can grow into a shrub and is native to the rocky sea cliffs of the Mediterranean.

Rosemary is quite versatile. In addition to being a favorite for seasoning foods such as poultry, lamb, stews, soups, potatoes, breads, compound butters, dressings, jam, stuffing, vegetable dishes, and vinaigrettes, it’s also an attractive landscape plant, whether a crawling variety or an upright.

Rosemary is unusual in that it originally had its own genus, and was known as Rosmarinus officinalis, but thanks to DNA testing, it has been moved to another genus with its newly discovered relationship to salvia. As of 2017, it is officially Salvia rosmarinus.

It’s fairly easy to grow, having few demands and few disease or pest problems. It has a pungent flavor and a pine-like scent. Rosemary is used in food in both fresh and dried forms.

Rosemary grows in USDA Plant Hardiness Zones 7 to 10, but some cultivars can be grown in zone 6, and it’s also an attractive house plant, so almost anyone can have fresh rosemary growing somewhere! It grows slowly in its first year or two, but upright varieties can reach a height of 4 to 6 feet with a spread of 6 to 8 feet.

A Brief History of Rosemary 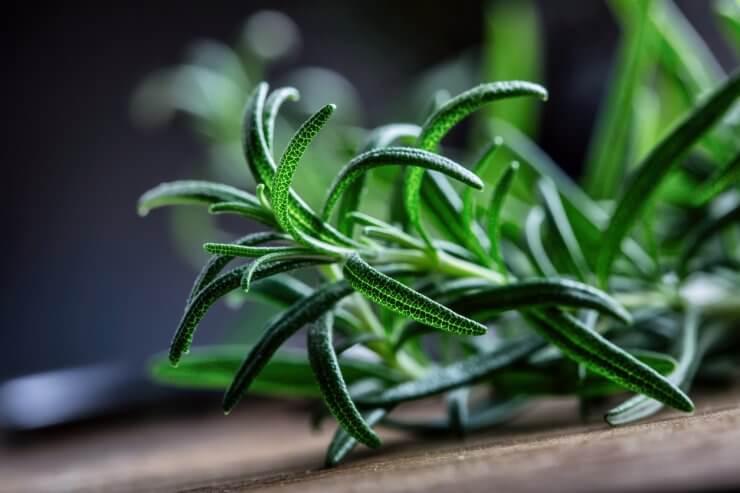 The taxonomical name of rosemary, rosmarinus, comes from the Latin ros marinum, which translates to “dew of the sea,” a reference to its native habitat on the seaside cliffs of the Mediterranean. Naturally, the Greeks and Romans discovered it growing there, and both mentioned its medical and also mystical properties in addition to using it in the kitchen.

In addition to being used throughout antiquity in sweet and savory foods, rosemary’s aromatic essential oils, probably first distilled in Arabia, were used by ancient cultures such as the Greeks and Egyptians to make perfumes and incense. In ancient Greece, it was thought to improve memory and uplift the spirits, and some Greek students today still burn it the night before exams!

Rosemary is found in the folklore of many countries, where it is thought to ward off evil spirits and serves as a symbol of the fidelity of lovers. Once knowledge of distilling the oils arrived in Spain via a Muslim doctor in the early 14th century, use of the oils spread quickly to other countries.

Those oils were then used to ease a number of complaints from anxiety to skin problems, and it was even burned indoors in 17th-century London to ward off the plague.

Did you know rosemary has had so many uses historically? Does it make you appreciate rosemary more than before? Please share your thoughts with us.