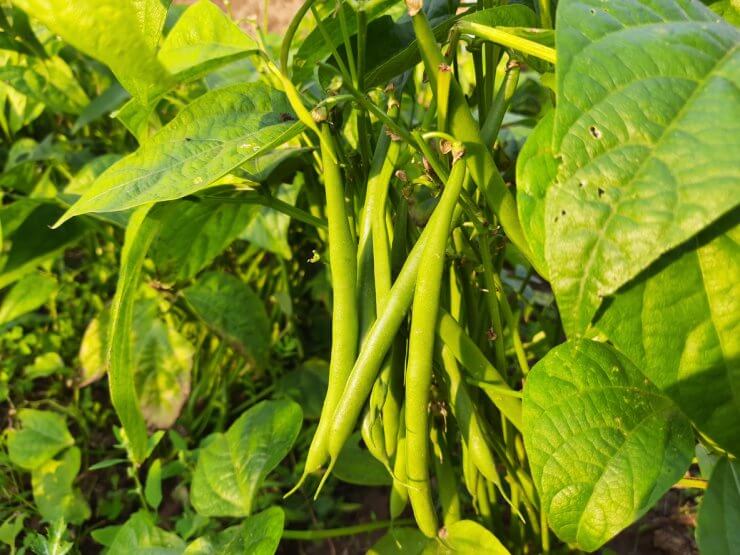 Green beans are grown, and eaten, the world over. With the Latin name Phaseolus vulgaris (common bean), green beans are also referred to as string beans, pole beans, and snap beans. Green beans are edible pod beans, as opposed to shelled beans, such as lima beans—you pick them before the seeds inside mature, while the outer pod is still tender.

An annual, herbaceous plant belonging to the legume family, green beans adapt to just about any cuisine and pair well with nuts (such as almonds), seeds (like sesame and pumpkin), garlic, onions, lemon, and tomatoes, among other flavors. From that all-American Thanksgiving staple, green bean casserole, to the classic French Salade Niçoise, to simply lightly steamed, roasted, stir-fried, or baked—there is a green bean recipe to please everyone.

In fact, cooking green beans is important, because the heat destroys the high content of lectins—which can be harmful for human health—found in this legume.

Low in calories and high in fiber, vitamins, and minerals, green beans are good for your health. But that’s not all: they’re also good for your garden. Green beans can improve the soil as they “fix” nitrogen, taking it from the air and converting it into forms that can be absorbed by the plant root. This trait is why green beans are one leg of the Three Sisters planting system favored by Native Americans, along with corn and squash. Green beans provide nitrogen to feed the corn and squash, the broad squash leaves shade the ground to keep moisture in and weeds out, and the corn stalks act as a pole for the beans to climb on.

Green beans thrive planted in the ground in USDA Plant Hardiness Zones 3 to 10, in well-draining loamy soil that’s neutral to slightly acidic. Green beans require full sun and they germinate and grow so fast you can plant them directly into the soil when it reaches at least 50 degrees F. Besides, green beans do not like to be transplanted.

Wisconsin produces the most green beans in the U.S., followed by New York and Florida. China is the largest producer of green beans worldwide. But because green beans are such an easy crop, you’ll find them growing in abundance almost everywhere.

Too many green beans? Not a problem! You can freeze, can, or pickle them for future feasting.

Fun fact: green beans are not always green! They can be yellow, red, purple, or variegated. They are called green beans because you harvest them when they are still “green,” or immature.

A Brief History of Green Beans 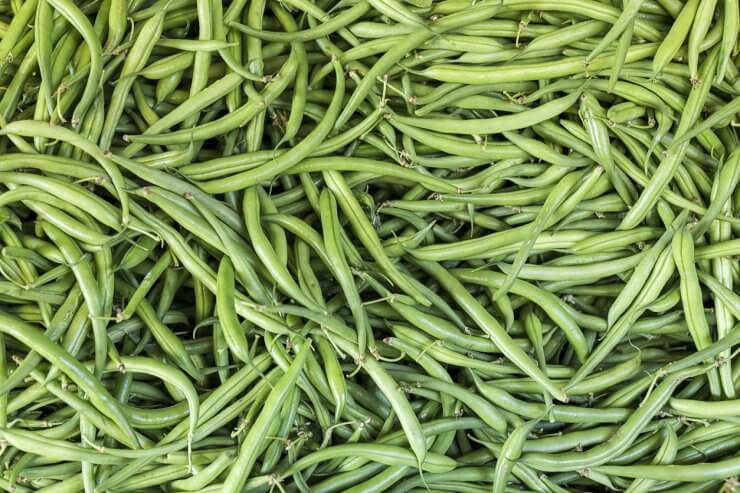 Green beans date back thousands of years. Originating in Peru, they spread to South and Central America, then to Europe in the late 15th and early 16th centuries via Christopher Columbus and Spanish explorers returning from the New World. Green beans have grown in Mexico for 7,000 years and Native American grew green beans along with corn and squash—known as Three Sisters planting.

The Spaniards initially used green beans as ornamental plants because they found the raw beans tough. At some point, however, some beans fell into a pot of hot water or soup, cooked, and were deemed eminently edible after all—or so the legend goes. More likely, experiments with crossbreeding developed a more palatable green bean.

German doctor Leonhart Fuchs made the first botanical drawing of bush beans in 1542. His work in botany was later honored by naming the Fuchsia genus after him.

By 1889, Calvin Keeney developed snap beans for Burpee. These went on to become one of the most popular varieties of green bean until 1925 when Tendergreen beans were developed.

Because of its short harvest time, green bean production didn’t really take off until technology for canneries and home freezers emerged in the 19th and 20th centuries. When preserving green beans became an option, they became a dietary and culinary staple. In 1962, the Bush Blue Lake bean arrived on the scene, developed initially for canning, and was hailed as the finest green bean ever created. Though many cultivars have been developed since, the Bush Blue Lake is still one of the most popular varieties.

Did you know about the history of green beans? Are you excited to try growing them? Let us know what you think.