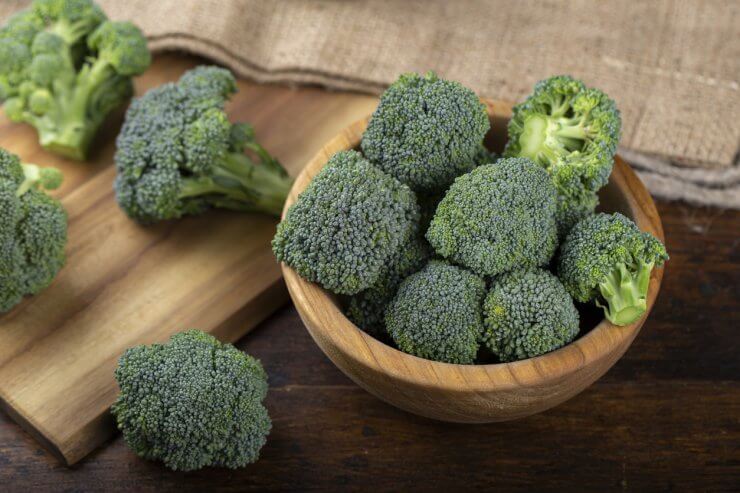 Ah, versatile and nutritious broccoli. Bright green (and sometimes white or purple), crunchy, and full of flavor, broccoli is delicious raw or steamed, stir-fried, grilled, or roasted. You can enjoy it plain or with dip as a snack; in soups, salads, egg dishes, pasta, and casseroles; as a side with a main course; and as a topping for baked potatoes, pizza—and more!

The broccoli plant, USDA botanical name Brassica oleracea v. italica, is a member of the cabbage family. Broccoli is part of the genus Brassica, which includes other cruciferous vegetables like cauliflower, kale, bok choy, and Brussels sprouts.

Broccoli stems and heads are both edible. The heads are essentially flower buds; allowed to mature they will open into tiny yellow blossoms. But don’t let that happen if you want to eat your harvest—once it starts to bloom, the taste and texture you love will be lost.

Broccoli thrives planted in the ground in USDA Plant Hardiness Zones 2 to 11. You can grow broccoli outdoors in the spring for early summer harvest—this cold weather crop flags under the hot summer sun. But plant again in late summer and, in many areas, you’ll be harvesting and enjoying broccoli until winter approaches.

California produces 90% of commercially available broccoli in the U.S., and comes in third in world production, after China and India. But your own broccoli patch can be bountiful if you keep in mind that plenty of sunshine and not too much water are essential for your broccoli. Then you’ll be well on your way to roasted garlic broccoli, broccoli-cheese soup, marinated broccoli, and more!

U.S. presidents have had strong feelings about broccoli. Thomas Jefferson liked it so much he had seeds imported from Italy so he could grow broccoli in his garden. But George H.W. Bush hated broccoli to the point where he had the vegetable banned from Air Force One. Apparently, though, President Bush’s opinion was in the minority: over the last 25 years, broccoli consumption in the U.S. has increased by more than 940%.

A Brief History of Broccoli 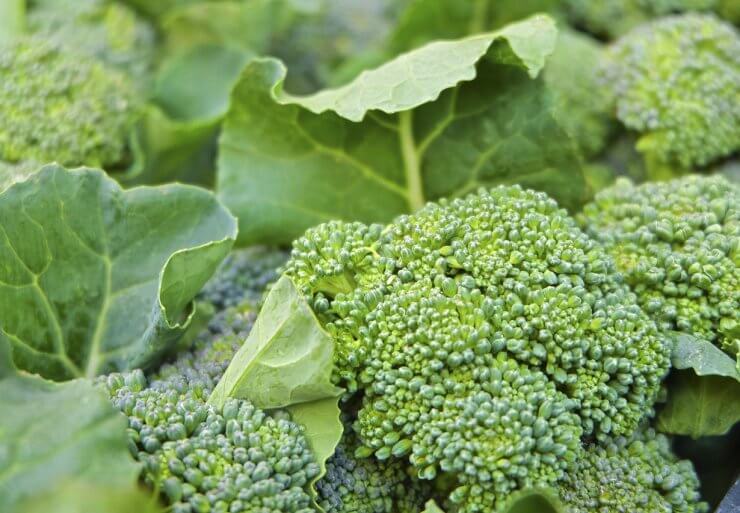 Broccoli’s history goes back at least to the Roman Empire, where it was highly valued. The Etruscans—an ancient Italian civilization known as horticultural geniuses—engineered the broccoli plant from a wild cabbage relative growing throughout the Mediterranean region. In fact, the word “broccoli” is derived from the Italian word broccolo, which means “the flowering crest of a cabbage,” and the Latin brachium meaning arm, branch, or shoot. The famous naturalist Pliny the Elder (A.D. 23 to 79) wrote about how they used to grow, harvest, and cook broccoli. The first variety was invented in the Calabria region of Italy, called the “broccolo calabrese.”

Broccoli is mentioned as early as the 1500s in France, no doubt due to Caterina de’ Medici marrying Henry II and introducing this favored vegetable to the French court, which at the time also included Italian chefs. But broccoli remained primarily an Italian vegetable until the 18th century. In England, Philip Miller’s Gardener’s Dictionary (1724 edition) refers to broccoli as “a stranger” and calls it “Italian asparagus.” In 1767, Thomas Jefferson swapped seeds from the colonies, such as tomatoes, for broccoli seeds from his European friends to plant in his Monticello garden. Nevertheless, broccoli didn’t catch on in the U.S. until the 1920s when Italian immigrants brought the plant here.

According to the New World Encyclopedia, commercial broccoli production in the U.S. can be traced to the D’Arrigo brothers, Stephano and Andrea, immigrants from Messina, Italy, whose company made some tentative plantings in San Jose, California in 1922. A few crates were initially shipped to Boston, where there was a thriving Italian immigrant culture in the North End. The broccoli business boomed, with the D’Arrigo’s brand name “Andy Boy” named after Stephano’s two-year-old son, Andrew, supported by advertisements on the radio.

Broccoli production and consumption grew steadily in the 20th century, but in the past 25 years, U.S. consumption has increased three-fold. No doubt, studies showing broccoli’s positive health effects, especially its cancer-fighting qualities, have influenced this jump in popularity

Did you know about the history of broccoli? Are you excited to try growing it? Let us know what you think.