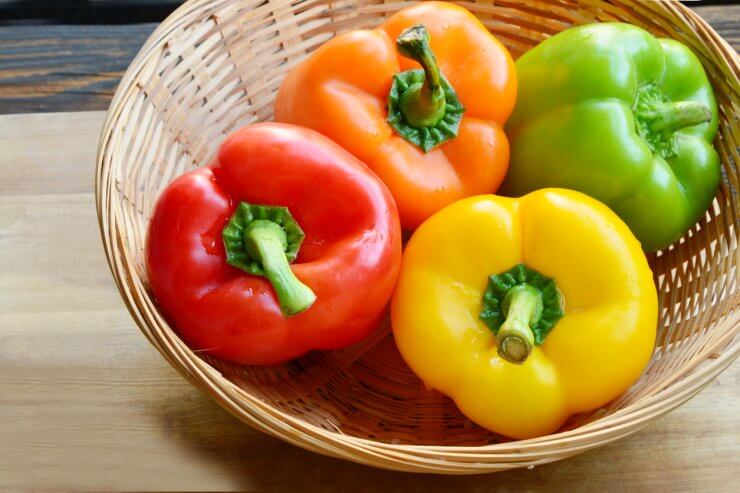 Bell peppers are common in most people’s kitchens: the sturdy, blocky green fruits are a regular on the dinner menu as part of a salad, a veggie plate, stir-fry dishes, and more. And, yes, it’s a fruit, even though we treat it as a vegetable. Why? Because the pepper has small seeds inside and grows from the flower of the pepper plant.

The bell pepper is a cultivar of the species Capsicum annuum (Grossum Group). This includes bell peppers of all colors and sizes with that familiar chunky, lobed shape. They’re part of the Solanaceae, or Nightshade family, along with eggplant and tomato. One other distinguishing feature of the bell pepper is that it scores a zero on the Scoville scale—a measurement of the “hotness” of peppers.

Even the mild-mannered pimiento pepper rates 500 on the Scoville scale. There are so many varieties of pepper within the Capsicum annuum species, plus several other species of peppers to consider, so we’re keeping our focus in this guide on the bell pepper and all its lovely varieties. You won’t be at a loss when it comes to picking a pepper to grow in your garden!

Those green bell peppers we all enjoy so much? They’re actually the immature form of red, yellow, or orange peppers! The longer the pepper grows on the plant, the brighter and sweeter it becomes. This may help put the price difference between green peppers and the more colorful peppers into perspective. On average, red, yellow, and orange peppers stay on the plant for up to three weeks longer than peppers harvested when they’re green.

Green peppers tend to grow best in USDA Plant Hardiness Zones 9 to 11. But fear not! With the right preparation and some TLC, you can grow peppers in cooler zones. We’ll walk you through the process to get your pepper plants ready to grow!

The bell pepper is one of the most widely cultivated crops in the world, and its production seems to keep going up. More than 70% of the world’s peppers are grown in Asia. China leads bell pepper production, followed by Mexico and Indonesia. Spain, Turkey, and the United States are also major growers. In the U.S. alone, total bell pepper production is well in excess of 1.5 billion pounds a year. But that doesn’t stop us home gardeners from planting our own!

Bell peppers prefer loose, loamy, well-drained soil with a pH between 6.5 and 6.8. Not sure what your soil pH is? The best thing you can do for anything you plan to plant in your garden is to test your soil. You can do this yourself or contact your local extension center for guidelines on how to sample your soil and send it in for analysis. This is one step that many gardeners skip and later regret. So, don’t guess—get your soil tested! You—and your garden—will be glad you did.

A Brief History of Bell Peppers 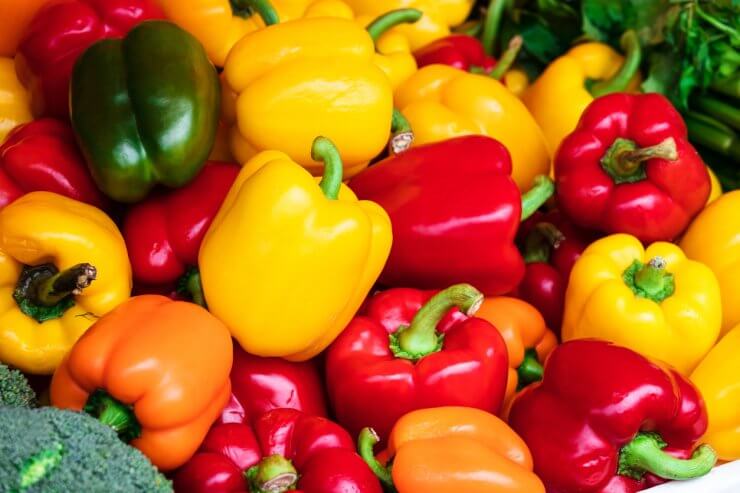 Bell peppers originated in Mexico, Central America, and South America thousands of years ago. We have Christopher Columbus to thank for their common name. He went back to Europe with dried samples of peppers, some of them rather hot. People compared the peppers’ spiciness to the spiciness of black peppercorn (no relation whatsoever), and the name stuck.

In the U.S., we tend to refer to bell peppers by their color: green, red, yellow, orange, etc. In the United Kingdom, Australia, India, Malaysia, and New Zealand, people use a shortened form of the plant’s Latin name and just call them capsicum.

In some parts of the world, Capsicum annuum is on its way to being considered an invasive species. Randall’s Global Compendium of Weeds characterizes the pepper as a “casual alien, cultivation escape, environmental weed, garden thug” and other less than welcoming terms. Distribution of peppers and their seeds is restricted in many parts of the world because of the plant’s susceptibility to certain pests and diseases, which can in turn endanger native vegetation.

Did you know about the history of bell peppers? Are you excited to try growing them? Let us know what you think.