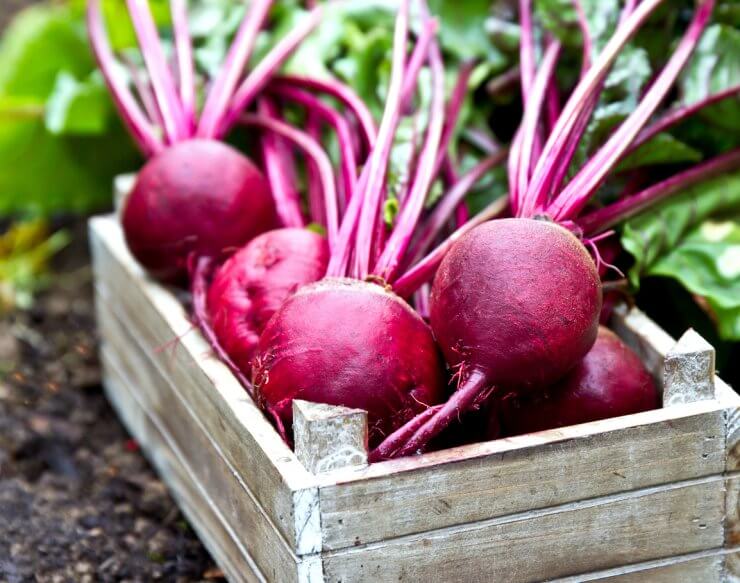 Beets are both sweet and earthy, and packed with nutrients from the tips of their leaves to the bottom of their roots. Both leaves and roots are edible, and gardeners should take advantage of their rich flavor and culinary versatility. From soup to salad, steamed, roasted, grilled, pickled or dried—beets deserve a place at the table.

Beets are a cool-season biennial root vegetable usually grown as an annual for both their flavorful leaves and their sweet, earthy roots. They prefer cooler weather, making them an ideal three-season crop for some growing regions. Hot, dry weather is not conducive to growing beets. But if you can provide a spot with at least six hours of sunlight with nutrient-rich, sandy soil, you’ll be able to have a spring crop of beets as well as a fall and maybe even a winter crop!

There are two main types of beets: beetroot, which is the type we eat; and sugar beet, which is mainly used for making—you guessed it—sugar. In fact, 20% of the U.S. sugar supply comes from sugar beets.

But what we want to grow is what gardeners in Europe call beetroot: usually a deep red root with bright green leaves with red veins. However, not all beets are that classic red that may seem so familiar. You can also grow beets that are golden yellow, white, striped, and some shaped like carrots!

Beets are part of the Goosefoot family—or Chenopodiaceae. They’re cousins to chard, and the leaves of each are often mistaken for the other. No worries, though, because both are delicious!

Beets prefer loose, sandy, well-drained soil with a pH between 6.5 and 7.5. Not sure what your soil pH is? The best thing you can do for anything you plan to plant in your garden is to test your soil. You can do this yourself or contact your local extension center for guidelines on how to sample your soil and send it in for analysis. This is one step that many gardeners skip and later regret. So, don’t guess—get your soil tested! You—and your garden—will be glad you did.

A Brief History of Beets 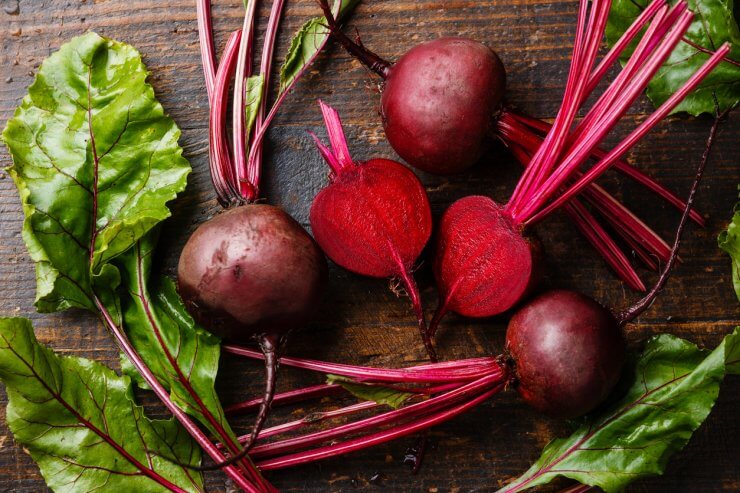 Beets have been prized from ancient times as a food, a treatment for a variety of illnesses and conditions, and even as an aphrodisiac. While many foods thought to be aphrodisiacs have little evidence to prove that, in the case of beets, there is scientific evidence. Beets are a natural source of tryptophan and betaine, substances that promote a feeling of well-being. Beets also include high amount of boron, a trace mineral that increases the level of sex hormones in the human body. It’s no wonder then, that Aphrodite, the goddess of love, ate beets to enhance her appeal. Ancient Romans believed that beets and beet juice promoted amorous feelings. Frescoes in Pompeii depict beets decorating the walls of a brothel. Beets are thought to have grown in the Hanging Gardens of Babylon. Medieval and Elizabethan cooks baked them into tarts and pies. Humans originally ate the beet greens but not the thin and fibrous roots.

Beets, then called sea beets, were first cultivated along the coast of the Mediterranean by Greeks and Romans. They cultivated the vegetable for their leaves and called them teutlon or teutlion, because the foliage resembled squid tentacles. It wasn’t until the mid-1500s when the root part of the beet was cultivated for eating in Germany or Italy. From the Middle Ages, beets, or beetroot, was used as a treatment for illnesses relating to digestion and the blood. Northeastern Europe first embraced beets as a dietary staple, valued because it was one of the few vegetables that grew well in the winter.

In 1747, Berlin chemist Andreus Sigismund Marggraf discovered how to produce sucrose from beets. His student, Franz Achard, perfected this method, which led to the production of beet beer, tobacco, and molasses. The King of Prussia eventually subsidized a sugar beet industry in what is now Western Poland. Today, about 20% of the world’s sugar comes from sugar beets.

Beets were brought to the United States in the 19th century. After World War II, food rationing caused pickled beetroot to be one of the most available vegetables, helping to spread its popularity. Currently, the leading commercial producers of beets in the U.S. are Wisconsin and New York. In Europe, Poland, France, Russia, and Germany produce the most beets.

In the 19th century, wine was often colored with beet juice. Women also used beet juice as a cheek and lip stain. Today, beetroot juice is used to amplify the color of tomato juice and to pump up the red color in sauces, desserts, jams, and other food items.

Did you know about the history of beets? Are you excited to try growing them? Let us know what you think.