Use this Glossary to get quick definitions or explanations of terms and concepts used in this Collection, or terms that you might encounter while managing your own sage garden.

Cleveland Sage: Sage plant variety that is native to California, grows best in hot, dry conditions. This cultivar grows as a shrub and can reach 8 feet wide and 5 feet high.

Common Sage: The most popular type of sage plant around the world—easy to grow and care for and its leaves, fresh or dried, can be used for cooking, as a tea, and for medicinal purposes.

Golden Variegated Sage: Golden variegated sage is a plant variety that does double duty as a culinary and ornamental sage. Its creamy yellow and deep-green variegated leaves will bring beauty to your garden and flavor to your cooking and beverages.

Mealycup Sage: Mealycup sage is a beautiful plant variety with stunning purple-blue flowers that bloom on spikes from spring into late summer. With silvery dusted leaves and stems, this sage variety grows wild in Mexico, New Mexico, and Texas and is easy to grow and maintain in full sun or partial shade.

Pineapple Sage: Named for the pineapple scent of its leaves when crushed, this sage plant variety is native to Mexico and Guatemala—an ‘elegant’ sage plant that is less hardy than others, but you can keep it going by cutting back and bringing it inside for the winter, or by taking cuttings before the frost.

Scarlet Sage: Also known as tropical sage, blood sage, and Indian fire, this beautiful sage variety is native to the southern US, growing wild from South Carolina to Florida and west to Texas. Blooming from February to October with loose blossoms that range in color from white to pink to salmon and bright red, this ornamental sage attracts bees, birds, and butterflies—and it repels most deer.

Are there any sage-gardening terms or concepts that you need explained? Please tell us know if you would like more clarification about any sage-related terminology. 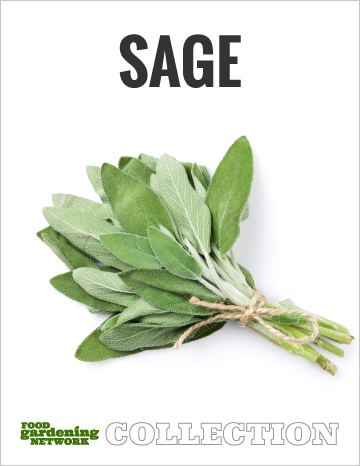