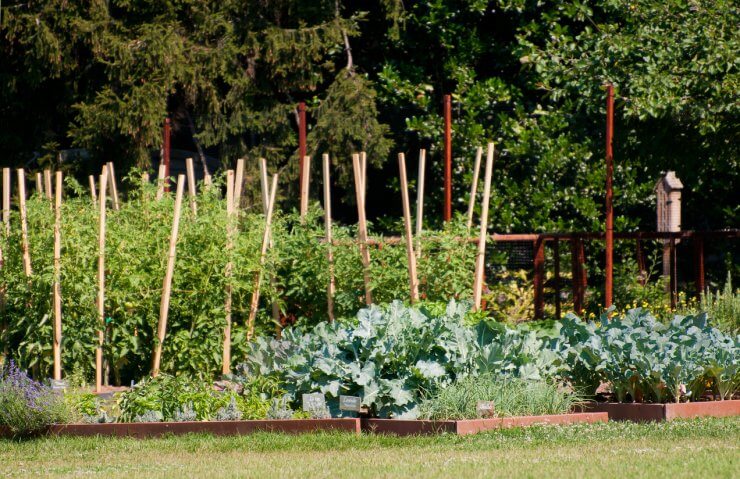 In everyone’s most recent memories, Michelle Obama planted the White House vegetable garden on the South Lawn in 2009 with big applause, which was then reinforced to be made permanent by Melania Trump, and had a peaceful transfer of vegetables to Jill Biden in 2021. In fact, Jill sent Michelle a basket of veggies from the garden soon after the inauguration to let her know it was going strong. But this isn’t the first famed vegetable garden of the Whitehouse by a longshot.

During World War II (1941-1945), First Lady Eleanor Roosevelt planted a victory garden in front of the White House, encouraging Americans to follow suit. In fact, the idea of a victory garden gained popularity after President Woodrow Wilson urged Americans to plant “war gardens” during World War I (1914-1918). While there was no White House vegetable garden under the Wilson administration, an estimated 5 million victory gardens appeared in front yards, empty lots, and school grounds across the country.

There is actually a long history full of fascinating trivia about presidents, first ladies, the White House, and gardening.

Next time you play Trivial Pursuit, you will be so ready for gardening questions. Check out these cool facts and history about the White House vegetable garden, flower gardens, and garden design.

1. Even before its construction, there were plans to include gardens as part of the White House landscaping. George Washington purchased land adjacent to where the White House is located in hopes of including a botanical garden.

2. The second president of the United States, John Adams, was the first to live in the White House. He and his wife Abigail Adams were avid gardeners and planned a White House vegetable garden, but it wasn’t until Thomas Jefferson was in office that the garden came to fruition. The White House Historical Association reports that Jefferson grew “cabbage, broccoli, green and yellow Savoy, radish, endive, cucumber, carrot, beet, parsnip, turnip, and leeks.”

3. President John Quincy Adams (1825-1829) was the first to grow fruits such as strawberries and black currants.

4. Controversy erupted over the White House vegetable garden for (possibly) the first time during Martin Van Buren’s administration (1837-1841). The Panic of 1837 plunged the U.S. into a major economic depression. As prices and unemployment rose, Van Buren was criticized for enjoying strawberries, raspberries, sugar beets, carrots, parsnips, Neshanock potatoes, cabbage, and more from the “President’s Palace” while the country suffered.

5. The White House gardens grew, with presidents and first ladies adding trees, new flowers, and vegetables until Abraham Lincoln became president. Stories abound about his children and their goats destroying much of the grounds.

6. Rutherford B. Hayes (president between 1877 and 1881) began the tradition of planting commemorative trees on the White House grounds.

7. After Lincoln, gardening at the White House decreased as it became easier to procure food at local markets. Flower gardening grew more popular, however, and first lady Ellen Wilson developed the famous Rose Garden in 1913. 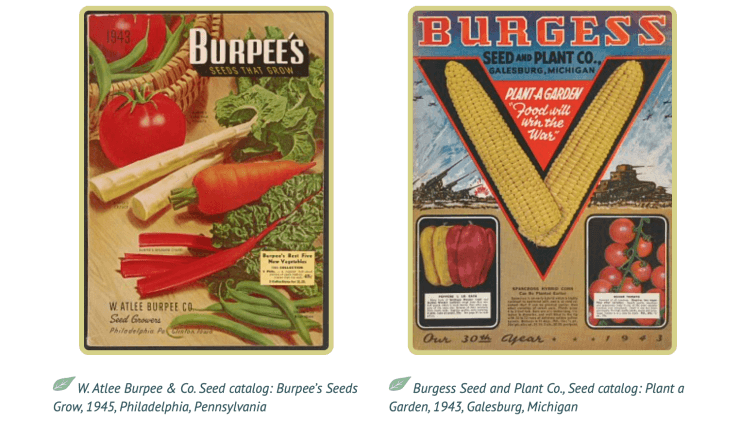 8. Inspired by Eleanor Roosevelt’s victory garden, more Americans than ever began planting their own vegetables. Seed distribution and gardening instructions circulated widely, helped in part by the Women’s Land Army (WLA). The Smithsonian Institute reports that, by 1943, “victory gardens supplied 40 percent of the produce in America.”

9. It’s rumored that President Jimmy Carter decided not to have a White House vegetable garden. I can’t figure out if this is true or just some folk tale that’s grown over the years. Still, it’s amusing to think about, considering his background as a peanut farmer.

10. Similar to Eleanor Roosevelt, Michelle Obama hoped to inspire people to grow their own food and eat nutritious local produce. Her White House kitchen garden, as it’s known, is a 2,800 square foot garden that includes raised beds and seating. The garden continues to produce around 2,000 pounds of vegetables each year, with the food going to both the White House and Washington D.C. charity organizations.

Do you have any cool facts or stories about the White House gardens you’d like to share?

« Should You Get a Garden Weeding Robot?
How to Start Seeds in Rockwool »