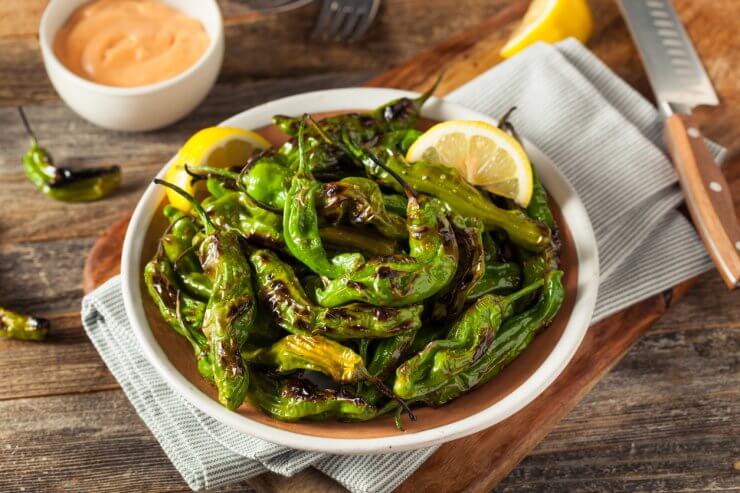 If you ever wanted to play Russian Roulette with peppers, Shishito can be a bit of fun, my fellow daredevil. One in 10 Shishito peppers are hot while the others are barely hotter than bell peppers. They range from 50 – 200 Scoville Heat Units on the Scoville Scale, with 200 being more like pepperoncini, so still not Jalapeno level. They say the peppers that get the most sun are the ones that get the hottest.

In my opinion, Shishito peppers are one of the most underutilized hot peppers out there. It seems to me that Shishitos only get attention when they’re battered and fried into tempura, or if they turn up in a big batch inside of sushi rolls. I don’t understand why Shishito peppers aren’t featured more often because they’re absolutely delicious! Shishitos are thin green Japanese peppers that have a very mild nutty flavor and an incredibly crisp texture. Shishitos shrink as soon as you cook them so I recommend roasting them whole on a grill or on your gas stove, and my preference is doing it in a cast-iron skillet that’s been brought up to high heat.

The blistered shishito pepper recipe along with the sriracha crema is so easy to make, you’ll want to grow your own if you aren’t already!

Blistering shishito peppers and serving them with a sriracha crema is a unique way to prepare these mild-flavored peppers. 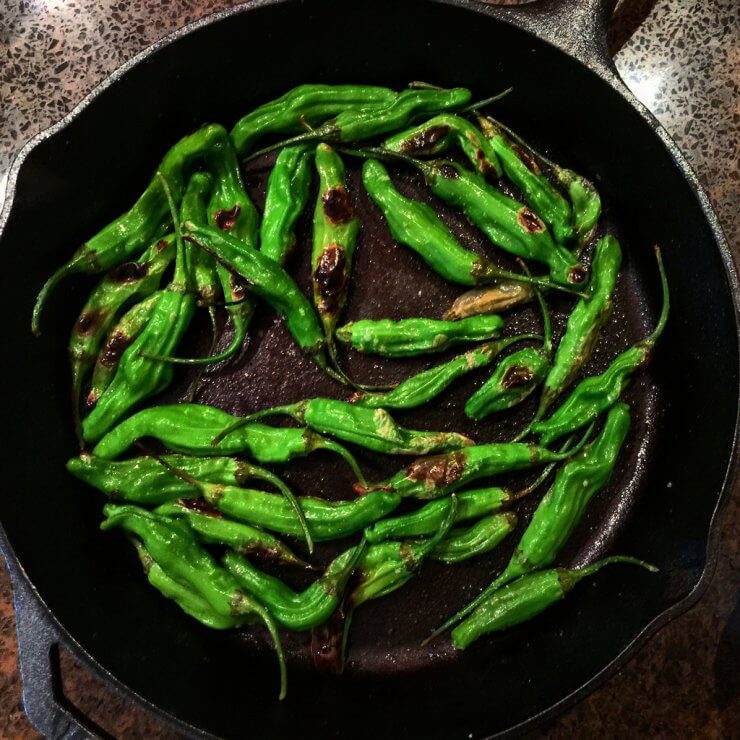 Shishitos are fun to cook with because they’re so thin that they’ll blister after only a few minutes of turning them over with tongs and then you’ll get a nice char around the entire pepper. Shishito peppers can also be drizzled lightly with olive oil and broiled in your oven until charred for about 5-10 minutes. Shishitos are very versatile vegetables, so don’t be afraid to experiment!

If you make this recipe I’d love to hear your thoughts!