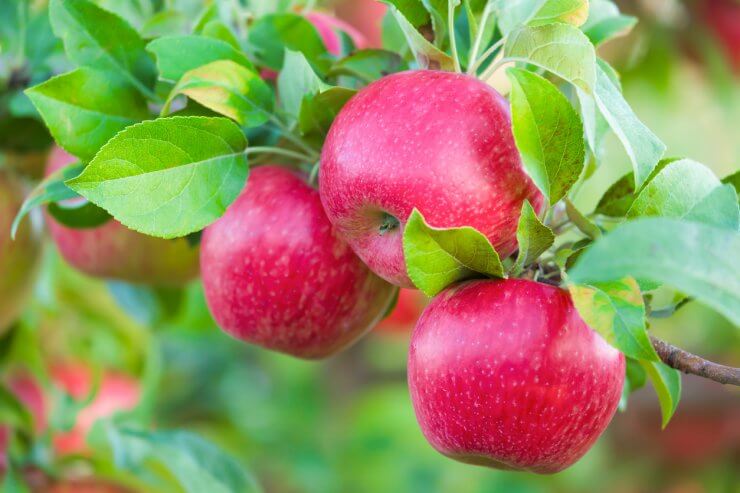 Honey crisp apples in the orchard

There are two general categories of apples: dessert or fresh eating apples; and culinary apples for cooking, baking, and canning. There are some apples that are cultivated specifically for making cider, but you can actually make cider from whichever apples you prefer.

Apples grow best in USDA Zones 3 to 8, with some varieties that will grow in zone 9. A given cultivar’s required chill hours are what will determine where a particular apple variety will grow best; this is the amount of time the tree needs to be in a temperature between 32 to 45 degrees F during the winter in order for it to flower in the spring. Most apple trees require at least 900 chill hours.

The other factor you need to consider is your last frost date. Some apples bloom earlier/later than others, and apple trees subjected to a hard frost when they’re flowering won’t produce a crop that season.

Growers break apples into three rough categories, based on when in the growing season they bloom. When exactly the Early, Midseason, and Late time periods are for you depends on where you live; this is just an approximate guide. Here’s a sampling of both dessert and culinary apples and their rough bloom times:

In general, apples classified as dessert apples have a higher sugar content than those apples classified as culinary. However, people’s taste in apples varies widely; one person’s culinary apple is another’s dessert apple. Pick what pleases you. And keep in mind that this is just a tiny sampling of the apple cultivars available. Growers are developing new varieties all the time.

Which type of apples have you grown? Do you have a preference? Please share your opinion.