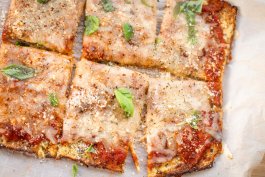 I’ve never understood why most cauliflower crust pizzas sold in stores use flour. After all, isn’t the whole point of making a cauliflower crust, to skip over grains and gluten? If people want more veggies, they can always put them on top, not in the crust, silly companies. If you really want to know how to make cauliflower crust pizza at home, I’ll show you how. I’ve been making it for over a decade!

Cauliflower crust gets a bad rap for difficulty, but it’s a lot easier to make than most people think. People also complain that it’s soggy. Not so! If you’ve ever had a soggy cauliflower crust pizza, it’s probably because you skipped over one important step: going Hulk on the cauliflower to get all the water out.

In the video above, I squeezed a full cup of water out of my cauliflower, and that was with the fresh stuff. If you’re starting from frozen, you’ll get even more! Watch the How to Make Cauliflower Crust Pizza video above to see the technique in action. 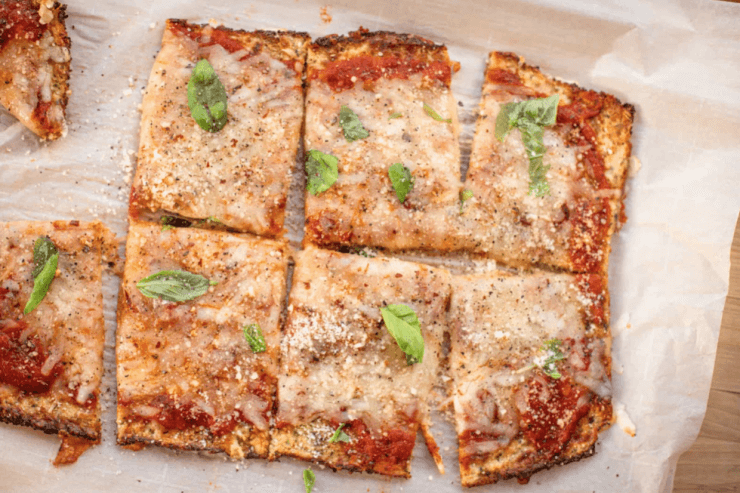 I don’t know how anyone ever came up with the idea to use cauliflower for a crust, maybe it’s the color. It’s certainly not the smell. Maybe it’s because it’s fairly neutral enough that with enough cheese, garlic and herbs, you can get it to taste close to the real deal with a healthy spin. You may never be able to convince a teenager that cauliflower crust pizza is the same as its dough cousin, but I’ve certainly tricked a gullible toddler and I bet you can too.

Another reason to make cauliflower crust is that it’s a great way to use up the cauliflower you’re growing in your garden. You can only make so much cauliflower fried rice and roasted cauliflower! A quick grind in the food processor, and a whole lot of squeezing, and you can make a whole bunch of crusts that you can freeze for later. (Note: if you’re freezing, freeze the crusts by themselves between parchment, cook at 425 degrees F until crispy to reduce any moisture from the freezer, and then add your toppings.) Fresh is best, but yes they can be frozen!

Cauliflower is also incredibly nutritious and healthy. By using it in place of flour and gluten, it can support a low carb and ketogenic diet. It’s not an inflammatory food, so it can reduce the risk of heart disease and cancer, which are often caused by inflammation. In one cup of cauliflower, you’re consuming 25 calories, 3 grams of fiber and 77% of your daily Vitamin C. It’s also a good source of Vitamins K, B6 and Folate. Cauliflower helps you feel full so that you don’t overeat. 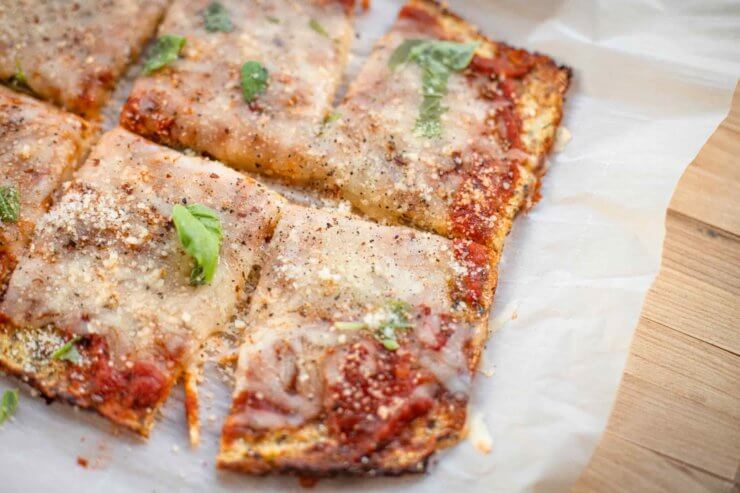 Watch the video above to learn how to make cauliflower crust pizza, and watch me make it step by step, including lots of tips and tricks I’ve learned over a decade of making it!

This easy-to-make cauliflower crust pizza holds together with parmesan cheese and is topped with fresh sauce, mozzarella, and fresh basil.

My whole family loves when I make this, they even ask for it! I’d love to hear your feedback if you make this cauliflower crust pizza, so definitely chime in below and let me know your thoughts, or any tips and tricks you’d like to share yourself! 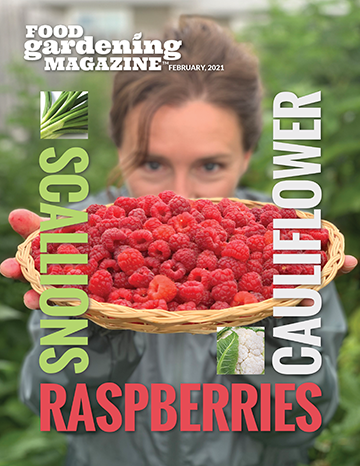