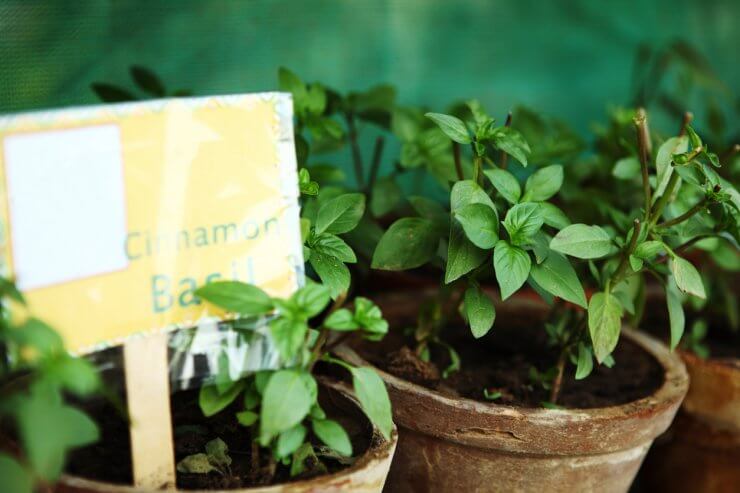 Also known as Mexican basil, cinnamon basil is native to the world’s tropical and subtropical climates. Cinnamon basil plants thrive when temperatures are in the 80s and 90s F. Cinnamon basil plants contain cinnamate, a compound that gives the herb an intense, spicy aroma and cinnamon-like flavor. Cinnamon basil is sometimes used medicinally and is said to be good for maladies such as constipation, headaches, cough, and diarrhea. The spicy herb is appreciated by chefs too, who use it as an attractive garnish or to flavor hot drinks or other dishes.

Do you grow cinnamon basil? If so, please tell us your top tips for ensuring a bountiful harvest and exactly how you use it.