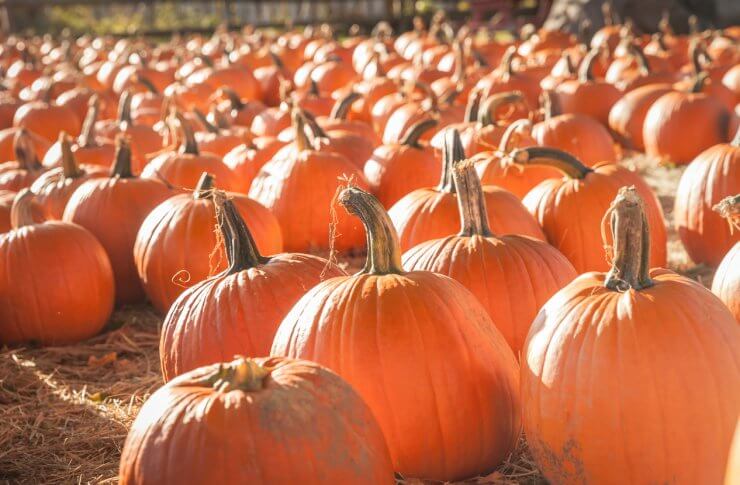 What we commonly call a pumpkin is actually one of many species in the gourd family. Some are lovely to look at, not so great to eat—think jack-o’-lantern or a cornucopia basket full of ornamental, inedible gourds. Others make excellent pie, soup, bread, and more. And still others exist simply to grow as large (or as small) as possible. Pumpkins and squash are actually part of the cucumber family.

So, when we say pumpkin, we usually mean the round orange fruit that winds up decorating porches on Halloween. Most of the time they’re orange. But there’s a whole world of pumpkins out there, in colors including red, white, blue, or even pink. They may be round, oval, smooth, or bumpy. What you decide to grow depends on what you want to do with that pumpkin once it’s ripe—and you have a lot of choices.

Pumpkins are big business at small farms all across the country. You’ll usually find pumpkins growing close to cities and towns—that’s so farmers can get their pumpkins quickly to local markets or can sell them directly to people at farm stands. A lot of the business of pumpkins has to do with Halloween, when people want a particular type of pumpkin for carving, painting, or just seasonal decoration.

A Brief History of Pumpkins 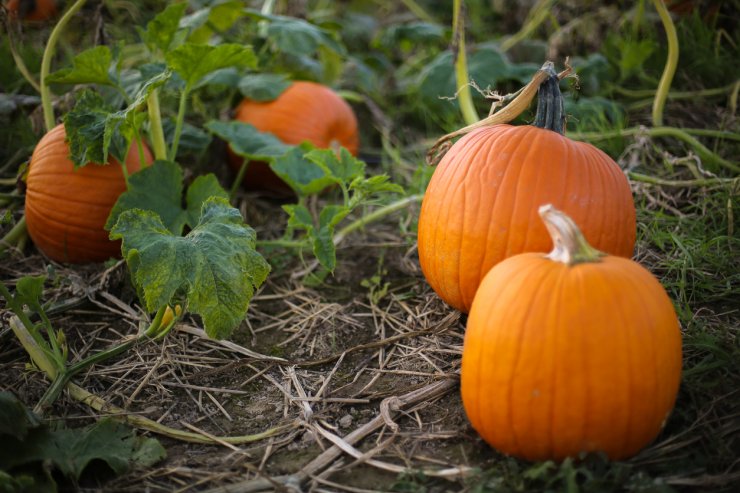 Ripe pumpkins in the patch

The pumpkin has a long history. Pumpkins have been part of the North, Central, and South American landscape for thousands of years. Archaeologists uncovered the oldest domesticated pumpkin seeds in Oaxaca, Mexico. The original pumpkins were far from our glowing jack-o’-lantern style pumpkins or our monster scale-tipping beauties; they were small, hard, and bitter.

Eventually, pre-Columbian native people nurtured pumpkins and grew them for their nutritious flesh. They discovered that pumpkins could keep well—an important consideration when stocking up for the lean months of winter. A common way to prepare pumpkins was to cut the flesh into strips and roast it.

Early colonists in North America discovered the tastiness and versatility of the pumpkin, adjusting the seasoning between sweet and savory to develop side dishes and desserts. There was no pumpkin pie in that time, though. The earliest sweet pumpkin dishes involved filling a scooped-out pumpkin with ginger-spiced milk and then roasting it by the fire—next to the roasting seeds.

Because of the prolific nature of some pumpkins, growing them has become somewhat of a competition at fairs held around the world. The world’s largest pumpkin festival is held in Baden-Württemberg, Germany, where festival-goers can feast their eyes on 400,000 pumpkins! This particular pumpkin fair goes beyond the basics of best-in-show pumpkins—from tiny to mammoth and pumpkin-flavored everything. This German pumpkin festival features pumpkin art—fantastic creatures built not of plant branches or plastic blocks, but pumpkins. Thousands of pumpkins!

It being Germany, of course there’s also pumpkin beer, plus pumpkin wine and pumpkin-spiced coffee. There’s a competition that includes pumpkin entries from all over the world. Pumpkin lovers will probably never see as many pumpkins in one place as they will at this festival in Germany.

There are pumpkin festivals throughout the U.S., from Maine to Alaska to Hawaii! One of the biggest pumpkin festivals in the U.S. is in Circleville, Ohio. It features parades, pumpkin competitions, pumpkin art, pumpkin pie auctions, and more pumpkin-themed food, art, and crafts than you can shake a vine at. Circleville was, for many years, home to a canning company that processed many of the delicious pumpkins in the area.

Pumpkins are so much more than jack-o’-lanterns and pie. They’re fun to grow, fun to show, and delicious to eat. Are you ready to start your own pumpkin patch?