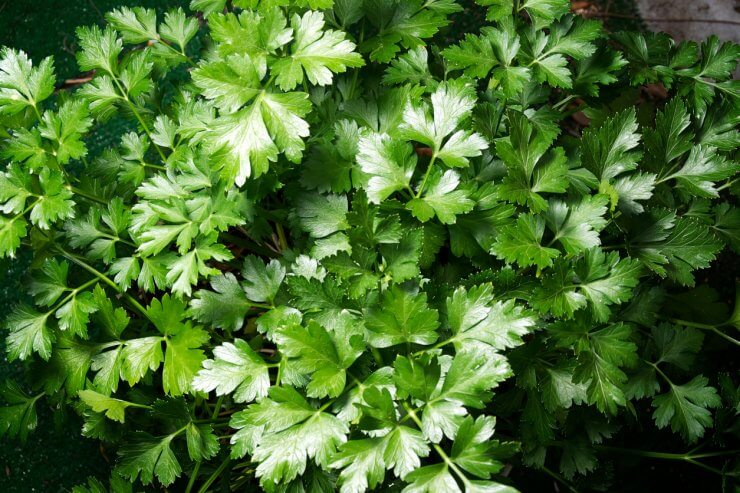 Parsley is a commonly used herb that has a rich history in gardening and cooking.

Parsley is used in the Hebrew celebration of Passover as a symbol of spring and rebirth and is mentioned as one of the plants in the gardens of Charlemagne and Catherine de Medici. Rumor has it that Medici is responsible for popularizing parsley when she brought it back to France from Italy.

And, according to legend, parsley sprang up where the blood of the Greek hero Archemorus was spilled after he was devoured by serpents. What a legacy!

A Brief History of Parsley

Parsley is native to the central Mediterranean region, including Italy, Greece, Portugal, Spain, Malta, Morocco, Algeria, and Tunisia—and has been cultivated for more than 2,000 years!

And parsley has been mentioned often throughout history for both its culinary and medicinal properties.

Ancient Greeks made crowns of parsley to bestow on winners of sporting games, in the same way that bay wreaths honored Olympians. And so, parsley has held a place of reverence for thousands of years!

The word “parsley” comes from the Greek petroselinon, meaning “rock celery” because it thrives on rocks and walls.

And the ancient Romans were mystified by the secret powers of parsley, too—they would wear garlands of parsley on their heads during feasts to ward off the possibility of intoxication. What a unique theory about how to avoid a hangover in the first place—versus how to treat one the next morning!