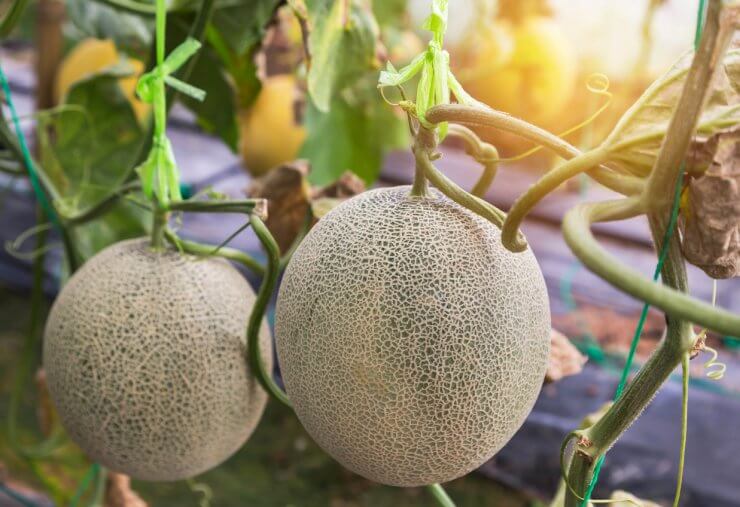 Melons, Cucumis melo, are in the Cucurbitaceae family—the same family as watermelon, pumpkin, and cucumber. If you get into a deep conversation with a master gardener, they might tell you that melons are actually classified as vegetables—but we’re going to treat them like the fruits we know they are.

Such a slice of summer! Melons come in hundreds of varieties, from the deep orange, meaty flesh to the almost ethereal, palest green of cloud-like sweetness. A warm-weather crop, they need plenty of sunshine and heat to develop those rich and wondrous flavors—and plenty of room to spread out. But, no worries: even if you have nothing more than balcony space, you can still satisfy your craving for fresh melon. There is something here for everyone.

While melon growers work to develop new and interesting varieties to please your palate, there are already some 800 cultivars available. It all depends on the type of melon you prefer—light and sweet, or with that characteristic slightly musky overtone. You will not find yourself lacking choices, that’s for sure.

Now, some varieties of melon are not commercially available in the United States, and that includes the cantaloupe. What? Indeed, the melon that we in the U.S. call cantaloupe is actually a netted skin muskmelon. The original cantaloupes are grown in Europe and Asia, and tend to have rough, warty, or scaly skin. Our cantaloupes (muskmelons) have orange flesh and a netted rind. They are sometimes classified as Cucumis melo reticulatus. But however they’re classified, all members of Cucumis melo have something delicious to offer every gardener!

Melons do require an amount of TLC, but the time you put in to caring for these luscious melons will be well worth it. Once you’ve grown your own melons, store-bought melons just won’t cut it.

Melons thrive best in USDA Plant Hardiness Zones 3 to 10; if you live in the north, you’ll want to start your seeds indoors and choose varieties with growth cycles of less than 90 days.

Melon plants are self-fertile, which means you only need one plant to get a modest yield. Keep in mind that the melon plant’s flowers do need to be pollinated. In some varieties, the female flower is only fertile for a day—so you’ll want to keep an eye on what’s going on in the garden to make sure those flowers get fertilized.

Melons are celebrated pretty much anywhere melons grow. Howell, Michigan celebrates its local melon harvest with an annual festival, including the “Melon Run” and, of course, “Melon Ball”—complete with a live band.

Feeling a little competitive? Get growing your melons to enter your best specimen at the Dresden Melon Festival—in Dresden, Ohio. The festival features a melon weigh-in, music, crafts, and plenty of delicious local melons that farmers have been growing in the area since 1889.

Rosebud, Oregon celebrates its famous cantaloupes with a festival in mid-September. This family-friendly event includes lots of music, games, food, and craft booths—and, of course, a melon-eating contest.

DeLeon, Texas celebrates two fruits together with its annual Peach and Melon Festival. Held in August, the festival sports plenty of food and craft stalls, carnival rides, and a tractor pull.

Cavaillon, France claims to be the melon capital of the world. At the Melon Festival there each July (just before Bastille Day), you can enjoy two days packed with banquets, melon tastings on the street, cooking competitions, brass bands, and the running of the region’s famous Camargue horses.

A Brief History of Melons 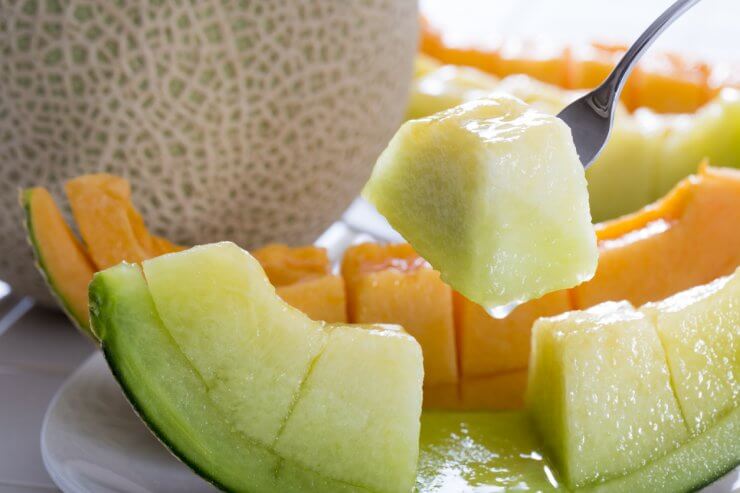 The origin of melons is hard to pinpoint exactly, but researchers believe melons originated somewhere in Africa, India, Europe, and/or the Middle East. They are not native to the Americas, although they are certainly prevalent there now.

Melons and their cucurbit kin appear in paintings, mosaics, and sculptures back as far as the Old Kingdom of ancient Egypt, from approximately 3100 to 2180 B.C.E. In the Middle East, there were long, undulating melons called snake melons. These appear to be the melons described by the Roman historian Pliny the Elder.

During the reign of the Roman Emperor Tiberius, his excellency apparently enjoyed melons so much that they were grown in special containers to produce them out of season. The containers were fitted with special windows called specularibus—this appears to be the first description of an early greenhouse.

Muskmelons were cultivated in North America as early as the 16th century, but commercial production of melons in the U.S. didn’t start until the 1870s, in Delaware, Maryland, and New Jersey. Now, of course, you can find melons growing from coast to coast.

Did you know about the history of melons? Are you excited to try growing them? Let us know what you think.